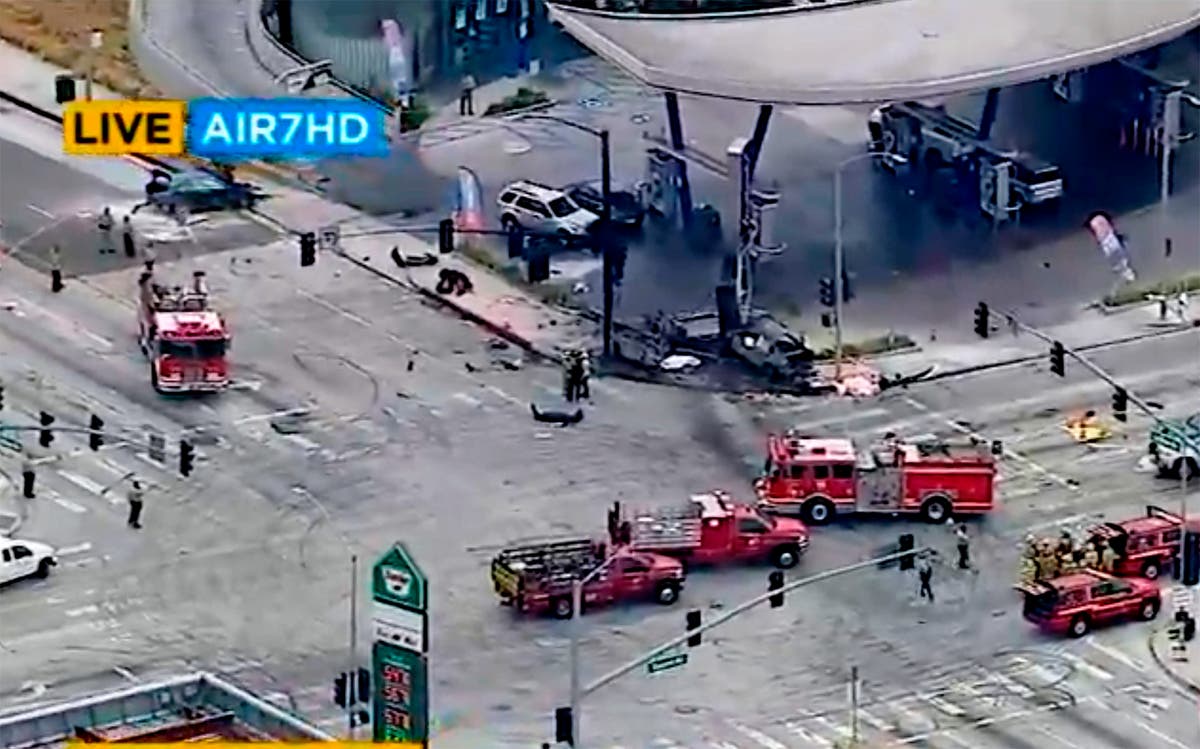 Police have arrested a woman who drove the car that ploughed into multiple vehicles in Los Angeles, killing six people including a pregnant woman, her unborn baby, and infant child.

California Highway Patrol says that the suspect, who has not yet been named, was herself hospitalised with non-life-threatening injuries after the horrific accident on Thursday.

Officials identified the pregnant woman as Asherey Ryan, 23, of Los Angeles, and her unborn child as two of the crash victims on Friday.

Investigators say that the fiery crash was allegedly caused when a speeding car ran a red light at more than 100mph in a 35mph zone in the Windsor Hills area of the city.

The driver of the speeding Mercedes-Benz is described as a female in her 40s, and officials say she was conscious and talking with police as she was extracated from her vehicle, reports KTLA.

Surveillance showed the Mercedes speeding through the intersection and hitting at least two cars that burst into flames and were sent hurtling towards a gas station.

Police have not yet confirmed if alcohol or drugs were a factor in the crash.

A 33-year-adult and six children, aged between 13-months and 15-years-old, were hospitalised after the crash.

CHP officials say the agency will recommend multiple charges against the driver of the Mercedes when the case is presented to the Los Angeles County district attorney’s office.

As you’ve likely heard by now, Kevin Federline gave his first interview in over a decade last week. And the