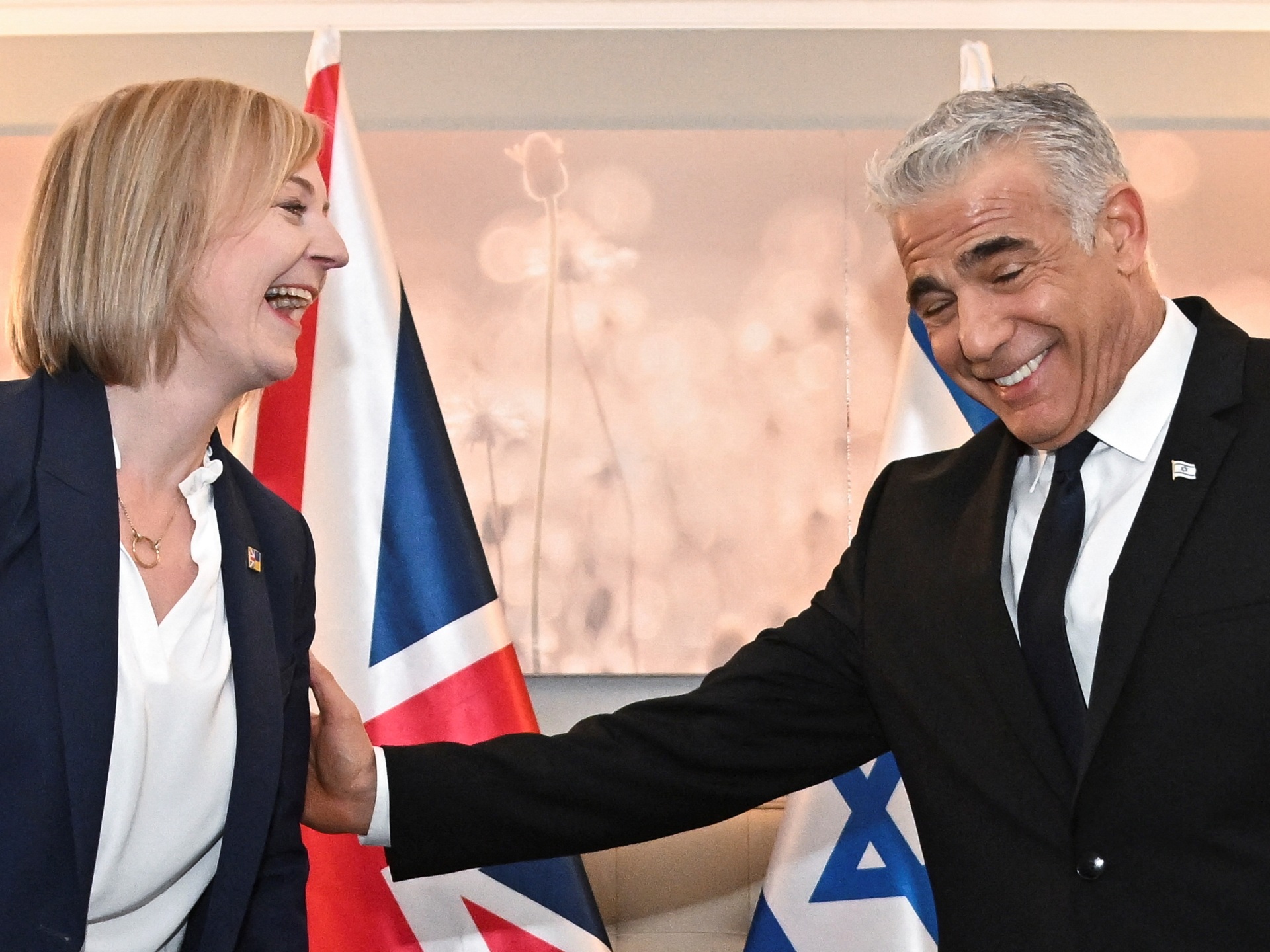 UK Prime Minister Liz Truss is considering shifting the British embassy in Tel Aviv to the contested holy city of Jerusalem – a decision that would follow former US President Donald Trump’s provocative move.

Truss told Israeli Prime Minister Yair Lapid she is weighing the relocation during a meeting at the United Nations in New York City on Wednesday, news reports said.

An unnamed UK government spokesperson was quoted as saying Truss informed Lapid “about her review of the current location of the British embassy in Israel”.

The Israeli government did not immediately comment on the reporting on Thursday.

The UK has housed its Israel embassy in Tel Aviv for decades despite Israel designating Jerusalem as its capital.

The Jerusalem Post quoted a senior Israeli official as saying prior to their meeting on Wednesday Lapid expressed hope that Truss would transfer the embassy and he planned to raise the issue with her.

Before she was elected as the UK leader earlier this month, Truss wrote in a letter to the Conservative Friends of Israel that she was considering the embassy transfer, adding she understood the “importance and sensitivity” over its location.

“I’ve had many conversations with my good friend … Lapid on this topic. Acknowledging that, I will review a move to ensure we are operating on the strongest footing within Israel,” said Truss.

Trump provoked controversy by announcing he would relocate the US embassy to Jerusalem in 2017 and officially did so a year later. The move infuriated Palestinians and spurred international condemnation.

Previous American presidents, as well as nearly every other country, refrained from opening embassies in Jerusalem, the city’s final status should first be resolved through Israeli-Palestinian negotiations. Palestinian leaders see East Jerusalem as the capital of their future state.

The Trump administration also closed the US Jerusalem consulate, an office that for years served as the de facto embassy to the Palestinians.

Current Secretary of State Antony Blinken has pledged to reopen it, a move Israel said would challenge its sovereignty over Jerusalem.

The United States, Kosovo, Honduras, and Guatemala are the only nations with embassies in Jerusalem.

Analysis: Markets in a tailspin get a big dose of chill from the Bank of England