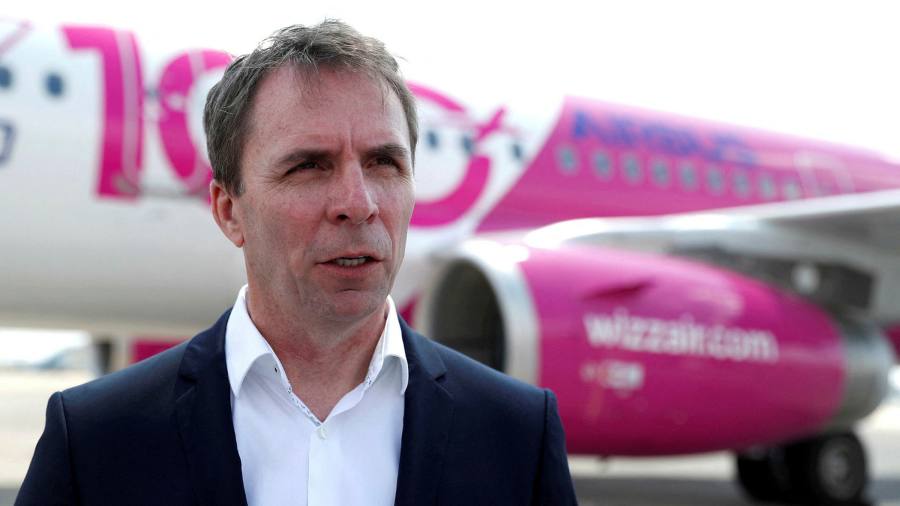 The chief executive of Wizz Air is facing a backlash from pilot unions after suggesting staff should “go the extra mile” to fly when fatigued to help minimise flight cancellations and disruptions.

In an internal briefing to staff leaked to the internet, József Váradi said the company needed to “take down the fatigue rate” that has led to staff shortages and cancellations.

“I understand that fatigue is a potential outcome of the issues, but once we are starting stabilising the rosters, we also need to take down the fatigue rate,” he said on a video to staff.

Varadi added: “We cannot run this business when every fifth person on a base reports sickness because the person is fatigued. We are all fatigued, but sometimes it is required to take the extra mile.”

Wizz has been caught up in the barrage of flight cancellations that have hit the European airline industry in recent weeks, with many companies suffering from an acute staffing shortage.

The European Cockpit Association, which represents pilots, has written to European safety regulators accusing Wizz of “a problematic corporate safety culture” following the emergence of the video.

“The message of the CEO to his air crew is clear: to avoid reputational and commercial damage to the airline, air crew must lower their fatigue rates by flying fatigued and not calling in sick/fatigued,” the letter said.

“This reinforces our previously shared concerns about Wizz Air’s deficient corporate culture, where inadmissible pressure is exerted on crew to fly on their days off, to extend flight times under ‘commanders’ discretion’ and to refrain from reporting fatigued. Such corporate behaviour is detrimental to passenger flight safety,” the pilots said.

Pilots’ working hours are strictly controlled by the EU Aviation Safety Agency, and the rules include flight and duty time limitations and rest requirements.

Wizz Air said that while “going the extra mile” had been discussed, “what this does not mean is compromising safety” and that the message was on a briefing to all staff in the company, not just pilots.

“Wizz Air and the airline industry are highly regulated, and safety has, and always will be, our first priority. We have a robust and responsible crew management system,” the airline said.

Varadi’s comments came as a French pilots union, the SNPL, wrote to easyJet’s management to criticise its response to the flight disruption, and accused it of being under-resourced for the summer.

“With such stress and disruption, the situation is as unsafe as it can be in the flight deck. Handling skills are back but mental health, following an emotional rollercoaster, is at stake,” the SNPL union said.

EasyJet said there has been “no deterioration in flight safety as a result of the current operating environment”.

“Delivering a safe and reliable operation for our customers and crew is the airline’s highest priority,” the airline said.

One UK pilot added that easyJet is regarded as having one of the best safety cultures in the industry.

India to get respite from heat that sent mercury to 49 degrees: IMD