Joost Luiten leads Dutch Open after round one, with homeland player looking to win the event for a third time following victories in 2013 and 2016; Eddie Pepperell a stroke back after playing course blind – watch day two live on Sky Sports Golf from 12.30pm, Friday 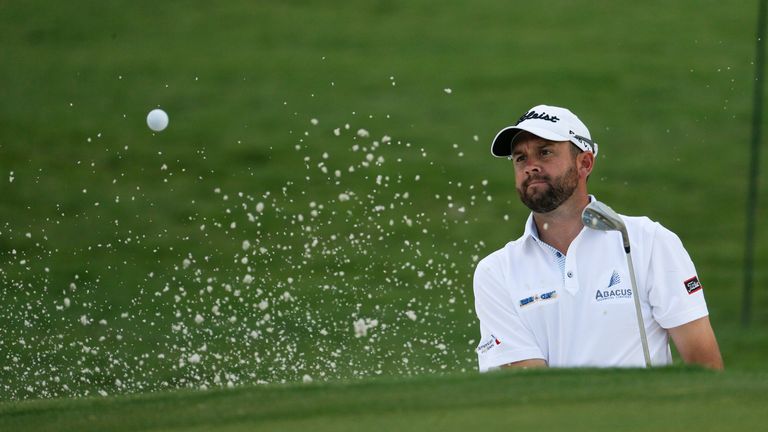 England’s Eddie Pepperell is one shot behind leader and two-time champion Joost Luiten after day one of the Dutch Open – with his decision to shun a practice round perhaps paying dividends.

The 31-year-old – winless on the DP World Tour since claiming two titles in 2018, including the British Masters at Walton Heath – carded a six-under 66 with seven birdies and a sole blemish on his final hole.

Pepperell later told Sky Sports that he heeded the advice of his girlfriend by opting against a trial run on the course ahead of the tournament.

He said: “Last year I was trying hard, I was turning up to tournaments and working a lot harder than I historically did. I was getting home knackered.

“Jen was like, ‘What? What are you doing? You are used to playing majors blind when you were doing well [and] you didn’t bother with practice rounds’. I think she’s got a point.”

Luiten heads the field in his homeland event, which he previously won in 2013 and 2016, with the 36-year-old firing eight birdies including four across his final seven holes.

Luiten picked up a shot at the 18th – it would have been two shots only for his eagle putt to lip out from 45 feet – as he shot a seven-under 65 to move clear of Pepperell and Denmark’s Rasmus Højgaard.

The Dutchman said: “It could have been better, but I can’t be picky. I’ve been struggling a bit with my game, so it’s great to see this score. For some reason, I love playing in front of the home crowd.”

Pepperell, who has tumbled to 555 in the world rankings having been as high as 32 four years ago, added: “I’m trying to get back what I had, that is the most frustrating part. When you are trying to get something back, it is infuriating because you know you can do it and your body is not responding.

“That is where I have been at. My body has definitely been different the last couple of years. My backswing is not as full and as a consequence that sets off a real terrible chain of events on the downswing. Over time, it deteriorates and then you lose confidence.

“I have seen four or five coaches in the last 12 months. The coach I am seeing now, I have spent some time with him in 2018 and I am just trying to put it all in a melting pot. It’s not far away from where I used to play.”

Three shots back on four-under are England’s Richard Mansell, Jordan Smith, Ross McGowan and Ross Fisher – Fisher hitting that mark after an eagle on his final hole.

Watch day two of the Dutch Open live on Sky Sports Golf from 12.30pm on Friday. Coverage continues throughout the weekend

Super League Team of the Week: Round 15

Women’s Euro 2022: Every stadium being used in England this summer