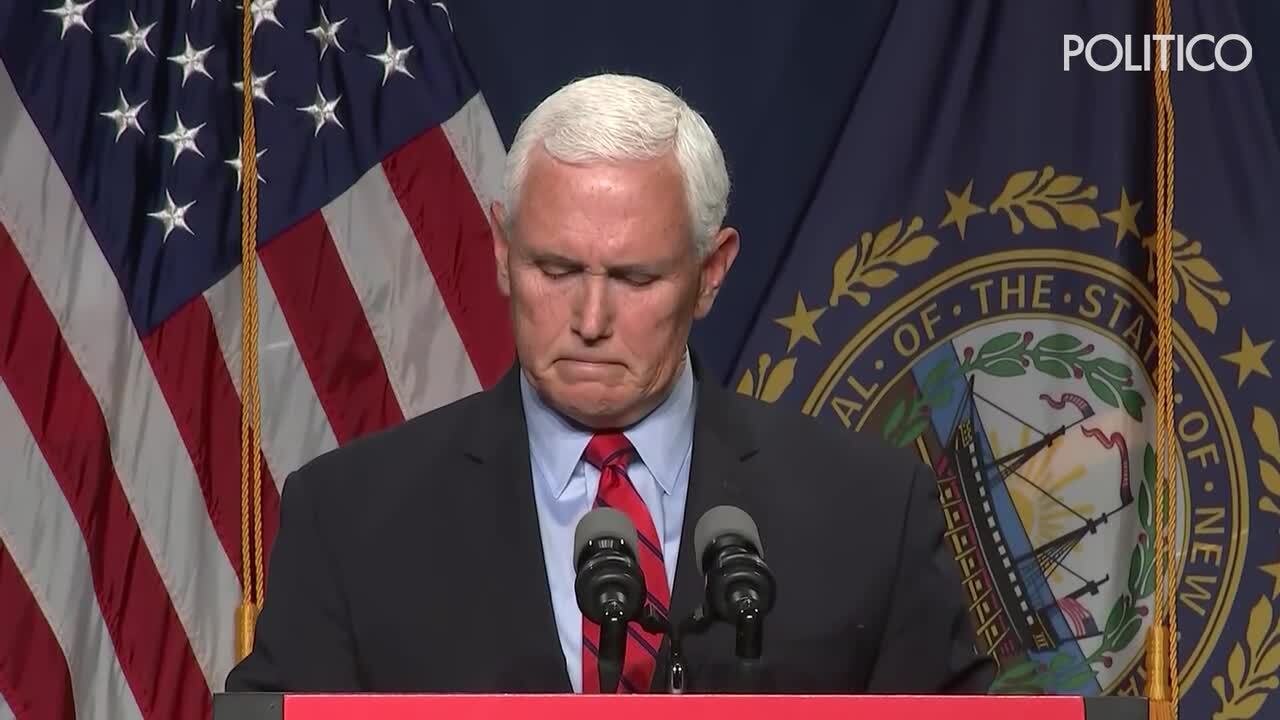 He then accused Democrats of using the Capitol riot to divide the country and distract Americans from the Biden administration’s agenda.

“We must move forward,” Pence said.

Pence’s relationship with Trump has been rocky since the insurrection, after the then-vice president went against Trump’s public demands that he help overturn the results of the 2020 election.

Pence’s mention of Jan. 6 wasn’t the only time the former vice president hinted at his differences with Trump on Thursday.

“Some people think we’re a little different,” Pence said, drawing laughs from the crowd. “But I think what President Trump showed us was what Republicans can accomplish when our leaders stand firm on conservative principles and don’t back down.”

After touting the Trump administration’s moves on key talking points like immigration, trade, the economy and election integrity, Pence bashed President Joe Biden for what he called “campaigning as a moderate” and then governing as the “most liberal president since FDR.”

Since leaving office, Pence has worked with the Heritage Foundation and Young America’s Foundation. He has now made appearances in two key presidential swing states as he weighs a 2024 bid for the White House.

Donald Trump Is Going On Tour With Bill O’Reilly, And Late Night Hosts Have Thoughts