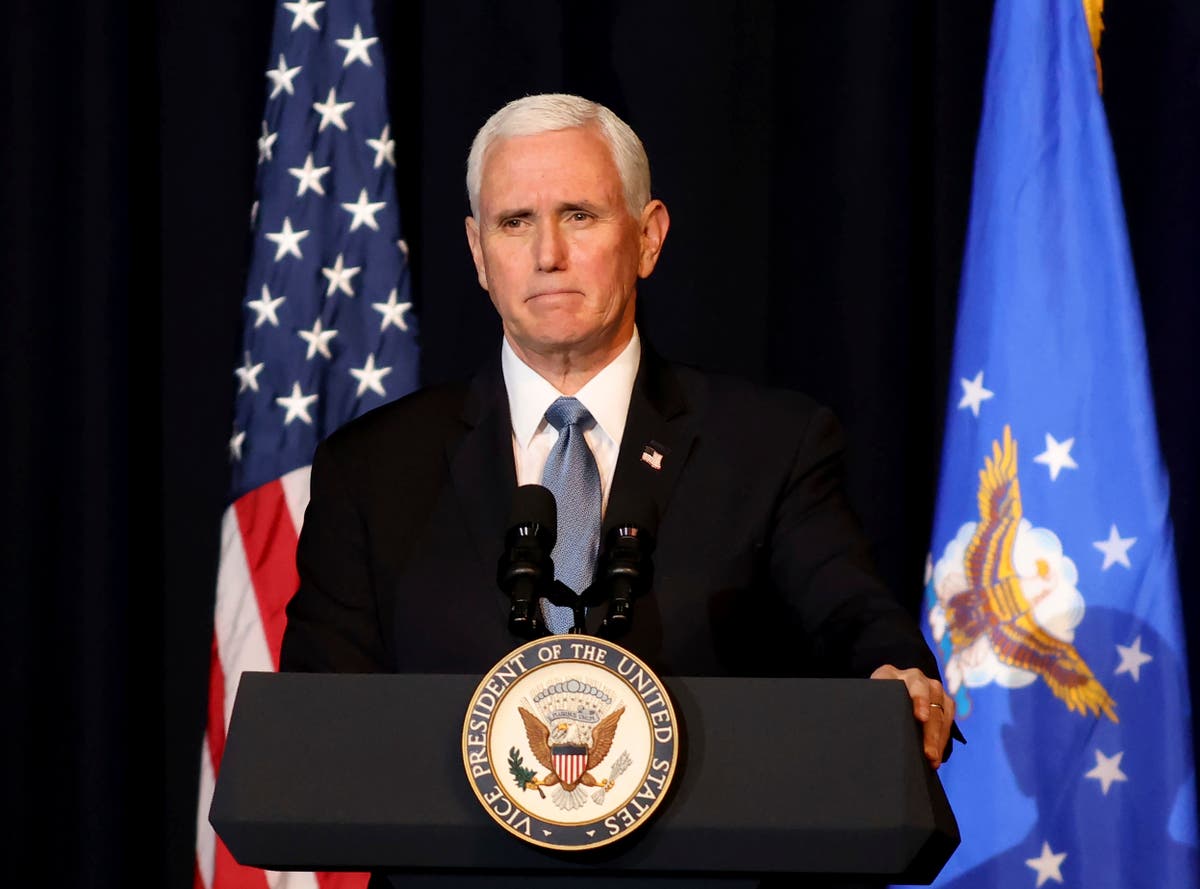 Mike Pence has launched a political advocacy group to “build on the success” of Donald Trump’s administration, suggesting the former vice president is eyeing the Republican nomination for the 2024 presidential race.

The group – Advancing American Freedom – aims to “promote the pro-freedom policies of the last four years that created unprecedented prosperity at home and restored respect for America abroad, to defend those policies from liberal attacks and media distortions, and to prevent the radical Left from enacting its policy agenda that would threaten America’s freedoms,” according to a statement announcing the group’s launch.

The board also includes Jim DeMint, president of right-wing think tank The Heritage Foundation, as well as Newt and Calista Gingrich, former Senator Rick Santorum, and Scott Walker, the former governor of Wisconsin, among other prominent Republicans and Trump-era allies.

“Conservatives will not stand idly by as the radical Left and the new administration attempt to threaten America’s standing as the greatest Nation in the world with their destructive policies,” Mr Pence said in a statement on Wednesday.

Publishers Simon & Schuster also announced on Wednesday that they have signed Mr Pence for two-book deal for his autobiography, due in 2023.

The company’s senior vice president Dana Canedy said the book “tells an American story of extraordinary public service during a time of unrivalled public interest in our government and politics”.

Mr Pence – who joined the Young America’s Foundation and Heritage Foundation as a distinguished fellow after departing the White House in January – will make his first public speaking appearance this month in South Carolina, likely the first of several such engagements through the Worldwide Speakers Group, which announced the former VP is available to address “ leadership, policymaking, and faith, values and service”.

In the weeks following the Capitol insurrection, fuelled by a lie among the former president and his supporters that the 2020 election was “stolen” from them, Mr Pence wrote an op-ed column for the right-wing outlet The Daily Signal expressing doubts over election “integrity”, citing “significant” voting irregularities – amplifying similar false election claims that have supported attacks on voting rightsin nearly every state in the US.

In the column, he described the deadly riots at the Capitol – during which pro-Trump mobs sought to “hang” him and target other lawmakers as a joint session of Congress convened to certify election results – as “tragic”, but added that they “deprived the American people of a substantive discussion in Congress about election integrity in America”.

His new group has the apparent blessing of Mr Trump, who gave a brief statement to the Washington Examiner, saying it is “nice to see Mike highlighting some of our many achievements”.

Mr Pence could enter a field of candidates that may also include his former boss, who has not publicly revealed whether he intends to run again. Other potential candidates include former Secretary of State Mike Pompeo, Florida Governor Ron DeSantis, and Senators Tom Cotton, Ted Cruz and Josh Hawley – all of whom have remained staunch allies to Mr Trump and his “Make America Great Again” nationalist agenda.

27 games perfect for couples stuck inside

Mexico bus crash: 16 killed and more injured in bus crash near US border