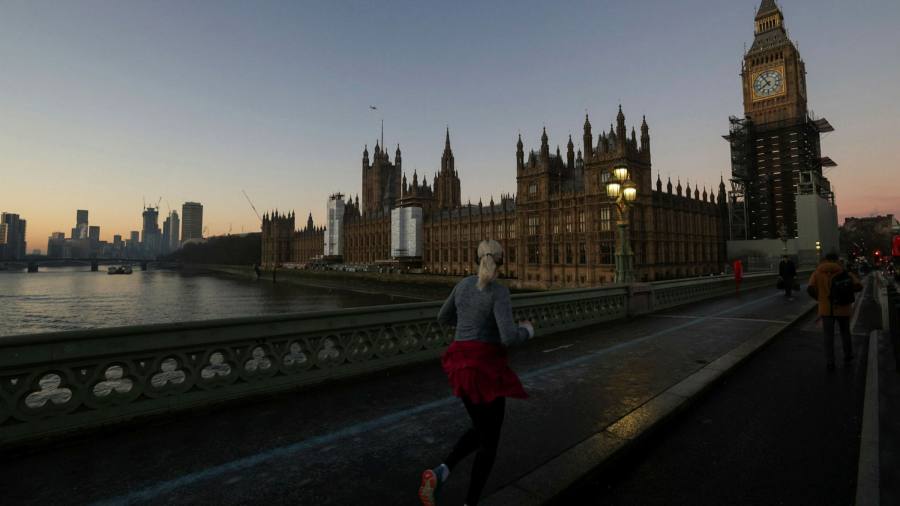 The writer, a former education secretary and minister for women and equalities, sits in the House of Lords

Perhaps the elderly male MP meant nothing by it. But as I found out later, he’d already been into the chief whip to complain about my radio interview, in which the thorny issue of MPs’ pay had been raised, so he probably did. As we voted he slid past me in the lobby and hissed: “How much you get paid may not matter, as your husband is supporting you, but it matters to some of us very much.”

Given I was education secretary at the time, and most definitely the main earner in our family, that was wide of the mark. But it clearly had never occurred to this MP that a woman could be the bigger or even only wage earner in a relationship. I think I did grimly point this out, but he wasn’t going to listen — he’d made his point to his younger female colleague and strolled on his way, confident of his rock-solid place in the House of Commons.

Westminster is the toughest working environment I’ve ever been in — and after working at City of London “magic circle” law firms, that’s saying something. There are no annual appraisals or training sessions on ethics, and calling out bad behaviour is a very fraught process.

Part of the problem is that parliament can’t decide if it is a serious working environment or a workplace with a culture of socialising, including over drinks. The hours are long, ambition is everywhere mixed with resentment and even trying to book a decent meeting room is a competitive exercise.

Why does this matter? Because it is too easy for everyone there to forget that, in the 21st century, a serious environment should bring with it, as it does in most normal workplaces, the expectation that colleagues will be treated as grown-ups and with respect — not routinely belittled, talked over or briefed against on the basis of their appearance or demeanour because they are female, as Angela Rayner has been.

Misogyny and a deeply unsupportive culture are not confined to Westminster. The police have their own issues, as do other organisations and companies. The difference is that Westminster is in the public eye all the time and those working there should expect to set national standards of norms and behaviours.

Of course, the significant increase in the number of female MPs has made a difference. There is mutual support, effective cross-party working and women have now held most of the senior roles in Westminster and government. Female candidates are proven vote winners and reach the parts of their constituencies and Westminster that often elude their male counterparts.

But as a number of us heard a female colleague recount how she had sat on the government benches in the Commons and seen a male colleague sitting next to her watching pornography on his phone, all those advances rather fell away. This is genuinely shocking. In most normal workplaces it would be grounds for instant dismissal on account of gross misconduct. What was even worse was that the MP reporting what she had seen had felt that the male MP was enjoying her extreme discomfort.

While women working in Westminster have too often normalised the culture around them, which is still overwhelmingly male — the sitting hours, the food, the facilities, the need for constant self-promotion — the watching of pornography in open sight in the House of Commons chamber cannot be normalised.

This should be the catalyst for an immediate move to modernise and professionalise the Westminster working environment. For example, MPs are not employed by anyone — they have no job description which they can be held to account for, and no conditions of employment which they can be found to have breached. Only in very limited circumstances can they be ousted, by their electorates and perhaps their local party, assuming they know what their MP is really up to in Westminster.

As education secretary, I prioritised the focus on character education. Character means different things to different people but the best definition I heard is that it shapes what we do when no one else is looking. This week the character of too many of our MPs — 56 of whom are said to be facing investigation for sexual misconduct — is under the same spotlight that MPs expenses were before 2010.

Changing a culture is incredibly hard work, but parliament has a golden opportunity to use the Restoration and Renewal project as a “culture reckoning”. Redesigning our physical spaces with fewer opportunities for socialising with alcohol and more reminders that Westminster is a workplace would be a good place to start. And perhaps everyone spending several years outside the building might finally break the current culture and build a parliamentary workplace fit for the 21st century.

The Fed’s balance sheet is normal and political