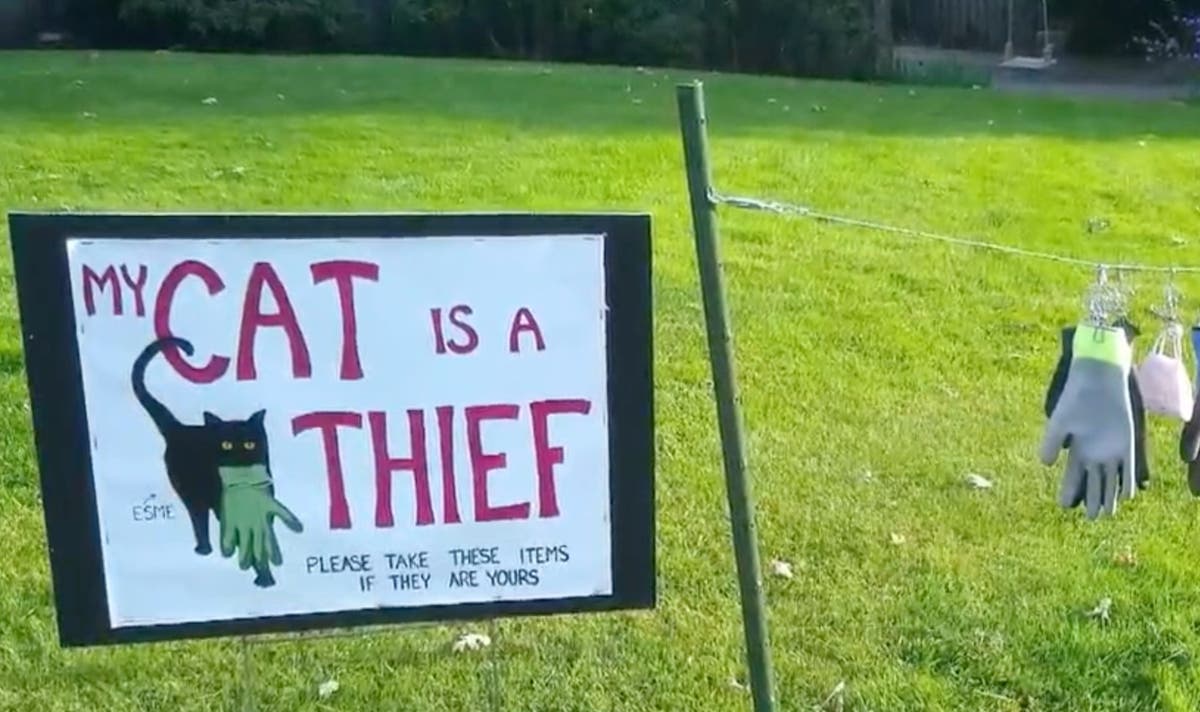 A cat owner has posted a  sign asking neighbours to reclaim items stolen by her thieving pet.

The sign, which reads “My cat is a thief”, also invites people to reclaim their property, which is hanging on a line next to it in her garden in Beaverton, Oregon.

“As soon as I put the sign up, she went for a week of not bringing me anything. I had the impression she was a little mad about it,” she said.

“People come by and mostly take pictures, but we had the school bus drive by and take a few pairs of gloves.

“I’ve been thinking about making another sign that says take a pair of gloves if you want ’em.”

Esme has also brought home a neighbour’s camera from their garage, bathing suits, rolls of tape, paint rollers and fabric.

And when the weather turned sunny and people were out working in their gardens, Esme began bringing home gloves.

And Ms Felmet, 50, laughed off any suggestion she was publicly shaming her three-year-old cat.

“When she brings them, she comes to the back door and yowls, like ‘Wooooar!’ until I come and tell her she’s done a good job,” she added.

Official: US told Nicaragua it would respect free elections