Editor’s Note: Scott Jennings, a CNN contributor and Republican campaign adviser, is a former special assistant to President George W. Bush and a former campaign adviser to Sen. Mitch McConnell. He is a partner at RunSwitch Public Relations in Louisville, Kentucky. Follow him on Twitter @ScottJenningsKY. The opinions expressed in this commentary are his own. View more opinion articles on CNN.

Joe Biden’s White House probably thinks it had a perfectly fine Wednesday night after the President’s CNN town hall in Cincinnati, Ohio. However, though Biden scored points on a big topic – the Covid pandemic – he has yet to find solid footing on the political landmines that await Democrats in the 2022 midterm election, chiefly inflation, the economy, immigration and crime. 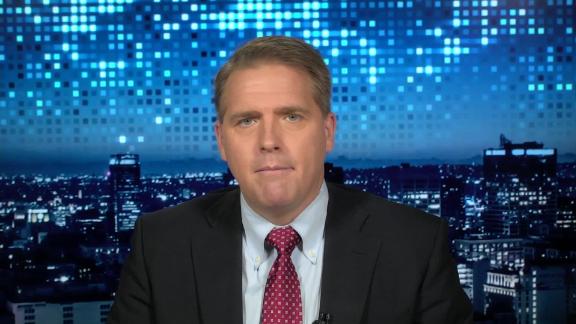 The President was folksy and approachable, displaying empathy on the first topic – an update on the pandemic. Biden appeared to sincerely give a rip about regular people, which is how he beat Donald Trump last November. I disagree with most of his policies, but that particular political skill serves him well, and Republicans would be wise to understand how and why it works for him. Biden returned to this note late in the program when he talked about the mental health aspects of drug addiction.

He was on message when it came to the need for Americans to get vaccinated. I hope people were listening, as the data clearly shows that the vaccines work and, overall, turn the Delta variant into a nothingburger. It was smart for Biden to bring up that the research that culminated in the vaccines was developed over a long period of time, and not just over a matter of months in 2020. His statement that final Food and Drug Administration approval of the vaccines could come in late August or early September was big news, if it proves out, as was his expectation that many of our children – especially those under 12 – will be wearing masks in schools this year. I guess the bright side is that Biden expects schools to be open (they should’ve been opened during the last school year, but I digress).

Beyond Covid, I was less impressed with the President. He meandered on the inflation question, and again downplayed the idea that serious people are worried about it. A great many serious people – economists included – are worried about it, and price increases are a real and present problem for working families. I would’ve expected him to be better prepared on this topic.

Biden’s worst answer was probably to John Lanni, the restauranteur, who didn’t get a very satisfying response to the question about small businesses like his which need to hire people but can’t find workers. There’s a pandemic of job openings without applicants, yet Biden seemed to have little understanding of the steps needed to fix the problem, denying that extended and enhanced unemployment was a problem (ask any business owner – it is), and tossed a word salad before moving on.

Even Jason Furman, an Obama-era economist, has sounded the alarm saying that “unemployment insurance has definitely been playing a role” in holding the economy back. And many conservative economists agree with him.

Get our free weekly newsletter

I found Biden’s “Jim Crowe on steroids” talking point on the voting laws debate to be tiresome and misleading. He’s prone to bouts of severe hyperbole, and this topic brings out the worst of it. There is no chance, despite Biden’s claims, that enough Republicans will want to work with him on voting for the Democratic proposals on this topic. Republicans find this rhetoric ridiculous, and see no need to federalize any part of our election system, even though Democrats want to.

I was glad to hear Biden bring up helping the Afghans who helped American forces, as many of them will likely be left to slaughter because of the US troops’ withdrawal this fall. Biden is right that helping them relocate to America is the decent thing to do.