The Tokyo Olympics is struggling to retain its army of volunteers after it emerged that organisers were hiring paid staff to do similar work, in the latest obstacle for the long-delayed games in Japan.

About 10,000 volunteers have quit in recent weeks, according to the organisers, out of about 110,000 who are the welcoming face of Tokyo 2020 — working as guides, drivers, event staff, medical first responders and interpreters.

But with no foreign spectators to welcome and a Covid-19 state of emergency in Tokyo, enthusiasm among volunteers is running low, highlighting the difficulties of staging the world’s biggest sporting event during a pandemic.

Japan’s government and the International Olympic Committee insist the games will start as planned on July 23, despite warnings that celebrating fans could spread coronavirus, and a delayed vaccination campaign that has given a first dose to only about 13 per cent of the population.

The latest blow to volunteer morale came when adverts appeared on the internet offering wages of ¥1,700 ($15.50) an hour to work as front-of-house staff at a “large-scale international sports event” in July and August.

Although Olympic minister Tamayo Marukawa said last month that volunteers would have different duties to paid staff, the advertised tasks include guiding spectators and taking their temperature.

One advert for a “marine sports venue” said it would be like working in a holiday resort, with food and accommodation provided. Two agencies called by the Financial Times confirmed the jobs were with the Olympics.

Takamichi Ueno, a freelance photographer from Tochigi prefecture, said he was still looking forward to his role for the cycling road race and hoped to meet the riders. But he said he was annoyed when he heard the games were hiring staff to work alongside volunteers, since he had to travel to the Fuji International Speedway — where the road race finishes — and find accommodation at his own expense. “I don’t agree with it,” he said. 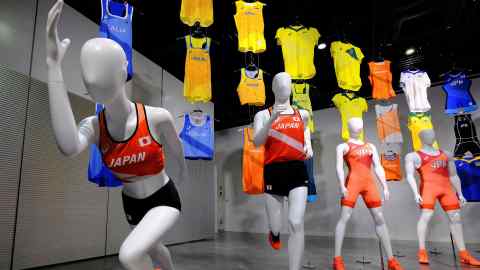 Katsuji Yoshioka, a retiree, said he resigned as a volunteer in April after he was asked to sign up for nine-hour shifts as a driver. “They called it a driving supporter,” he said. “They were looking for shifts like 2pm to 11pm, which would mean it was tough to get the last train.”

Yoshioka said he thought the work schedule was too strenuous for an inexperienced volunteer and that it would be easy to catch Covid as a driver. He felt vindicated when he heard that Tokyo 2020 was hiring paid staff. “It’d be a joke if I’d been doing that work alongside people who were getting paid for it,” he said.

In an effort to make the games safer and turn public sentiment around, Japan is debating whether to vaccinate all the volunteers before the Olympics, moving them ahead of others in the queue. At present, Japan is only vaccinating the over 65s, but it will start letting large companies vaccinate their staff from June 21.

“We’ve agreed to go in that direction,” said Marukawa in response to a parliamentary question this week. “But there are a number of practical issues.”