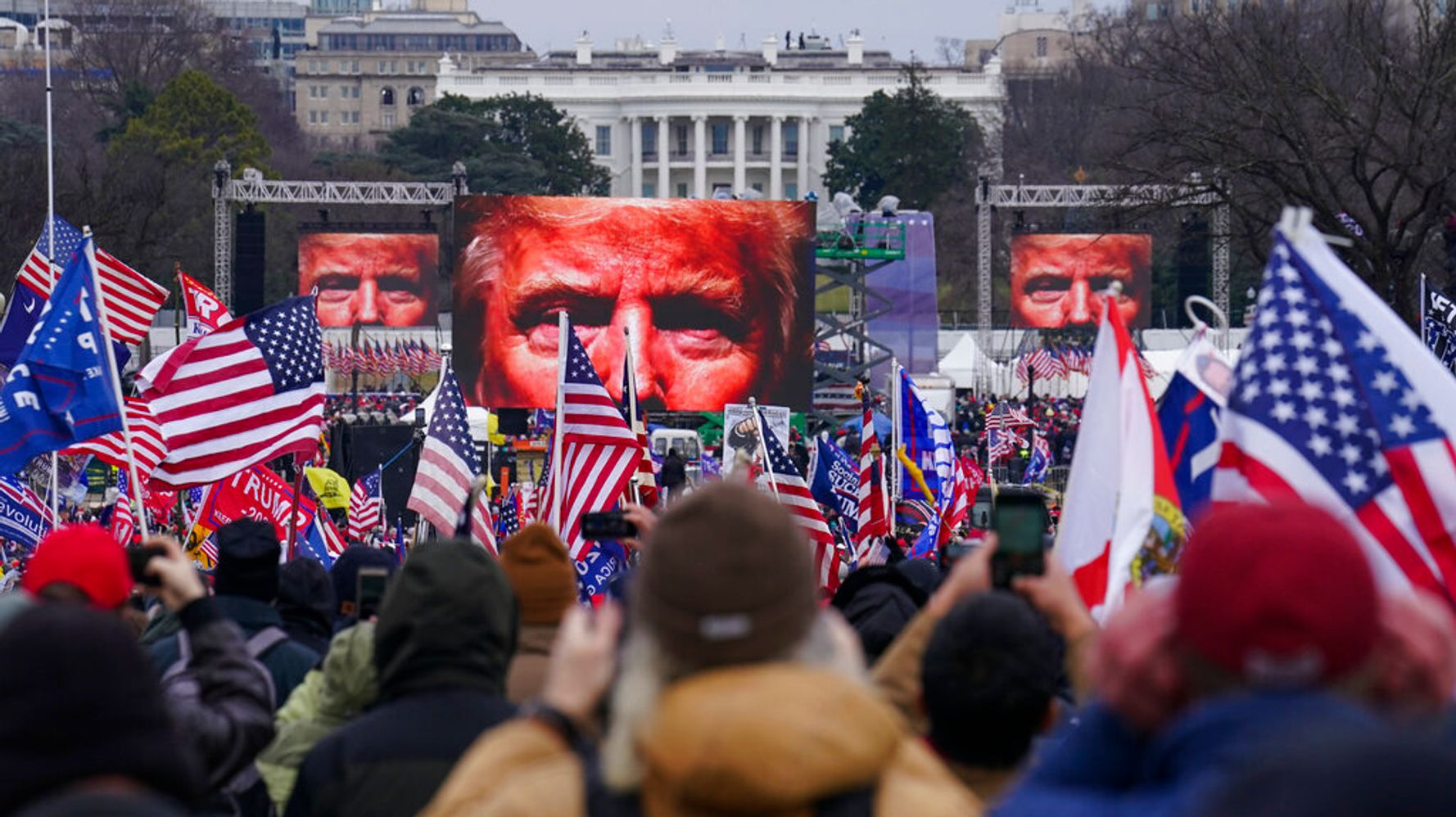 An off-duty Drug Enforcement Administration agent posed for photographs in which he flashed his DEA badge and firearm outside the U.S. Capitol during the Jan. 6 riot, according to a court filing Tuesday following the agent’s arrest.

A video posted on the internet also showed Mark Sami Ibrahim carrying a flag bearing the words “Liberty or Death” outside the Capitol, about 12 minutes before a mob of people pulled apart a nearby set of barricades, authorities said.

Ibrahim, 32, of Orange County, California, was a probationary employee of the DEA and was on personal leave from the agency when he traveled to Washington on Jan. 6. Several weeks before the riot, he had given notice of his intention to resign.

Ibrahim wasn’t working as a law-enforcement officer at the Capitol on Jan. 6, but he told investigators after the riot that he was there to help a friend who had been asked to document the event for the FBI.

The friend denied that, however, and told investigators that Ibrahim had concocted the false story to “cover his ass,” according to a case summary signed by senior special agent with the Justice Department’s Office of the Inspector General.

“According to Ibrahim’s friend, Ibrahim went to the rally in order to promote himself,” the OIG agent wrote. “Ibrahim had been thinking about his next move after leaving the DEA and wanted the protests to be his stage for launching a ‘Liberty Tavern’ political podcast and cigar brand.”

Ibrahim acknowledged that he was at the Capitol on Jan. 6 with a relative and the friend, but he denied that he displayed or exposed his DEA badge and firearm there despite the photographic evidence to the contrary, authorities say.

Ibrahim was arrested Tuesday in Washington on charges that included entering or remaining in a restricted building or grounds with a firearm and making a false statement when he denied that he displayed his badge or firearm.

Defense attorney Darren Richie said Ibrahim didn’t participate in the riot, engage in any violence or try to enter the Capitol that day. He also remained “honest and voluntarily cooperative” with authorities, Richie added.

“This indictment results from conjecture, political pressure and a flawed attempt to paint a specific narrative through pictures taken wholly out of context. Mr. Ibrahim firmly believes the truth shall always prevail,” Richie said in a statement.

The DEA had declined for months to say whether any of its agents attended the rally, saying it could not comment on “specific personnel matters.”

“If we receive information indicating an employee engaged in misconduct, DEA’s policy is to promptly refer the case to the appropriate authorities for review,” the agency told AP in January.

Ibrahim has denied breaking any laws, telling Fox News in March that he “never even set foot on the stairs of the Capitol building.” He said he went to the rally with his brother, an FBI agent, who faced “no adverse action” for attending.

“When the crowd began to be hostile toward law enforcement, me being law enforcement myself I started to document everything,” Ibrahim told host Tucker Carlson, adding he later gave the materials to the FBI “so those criminals could face justice.”

“I wanted to aid law enforcement that day as best I could. I really didn’t think anything of it,” he said.

After flying back to Los Angeles, Ibrahim said, he was stripped of his badge and gun and “fired after being suspended for two months for performance issues.”

“They got it wrong,” he said of his termination. “Me and my brother both served in the Army. I followed him into federal law enforcement. My sister is a Navy veteran. My mom was in the Pentagon on 9/11.”

“The saddest part about this,” Ibrahim added, “is I can’t serve my country anymore.”

In a WhatsApp group chat with at last five other law-enforcement officers, Ibrahim posted a photo of himself standing near barricades that had been pulled apart by the mob several minutes earlier, the OIG agent wrote. He also posted video in the chat that showed Ashli Babbitt, a woman fatally shot inside the Capitol, being taken from the building to an ambulance by emergency workers, the agent said.

Joy Behar Claims ‘When You Are Spewing Lies’ That Kill People, Nowhere Is Safe For Tucker Carlson