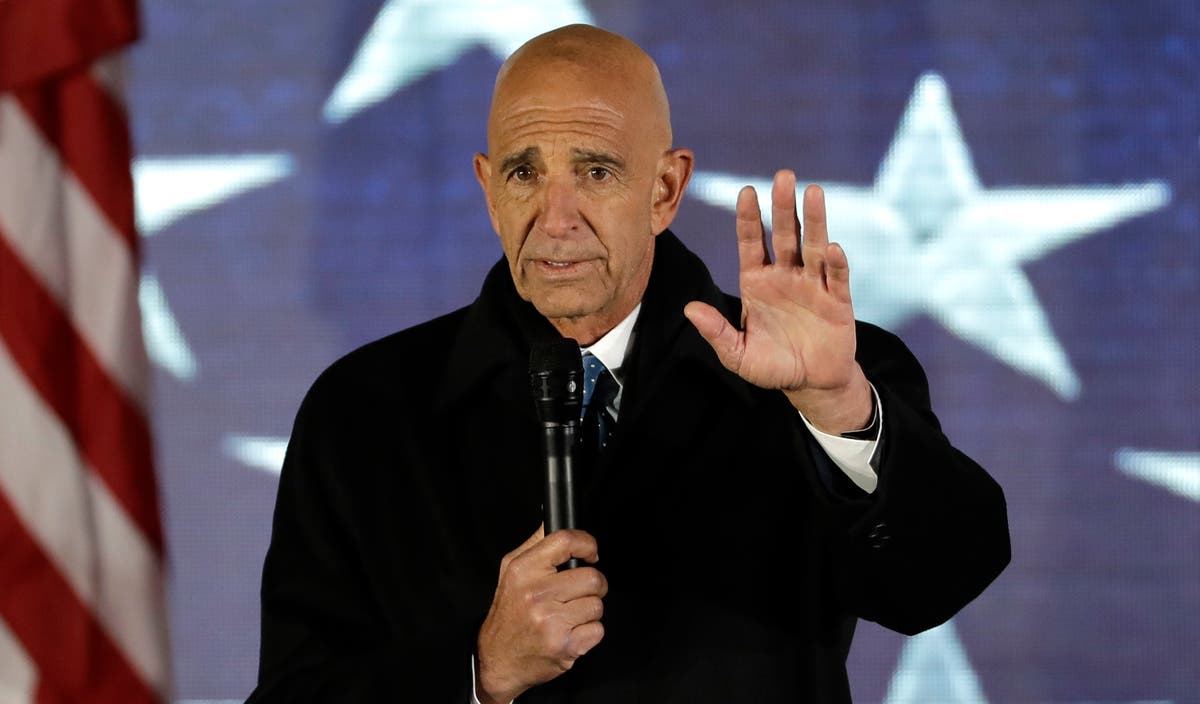 The Department of Justice has unveiled a lengthy indictment accusing Thomas Barrack, a former adviser to Donald Trump, of several federal charges, including conspiracy, obstruction of justice, and acting as a foreign agent.

But what, in layman’s terms, is he accused of doing?

In essence, the DOJ’s claim is this: before and after the 2016 election, Mr Barrack allegedly lobbied Mr Trump on behalf of another country, the United Arab Emirates, without ever telling the DOJ that he was doing so – as is required by law. Then, the DOJ says, when the FBI asked Mr Barrack about these activities, he lied to them.

None of this has been proven yet, and Mr Barrack denies any wrongdoing.

“Mr Barrack has made himself voluntarily available to investigators from the outset,” his spokesperson told CNN. “He is not guilty and will be pleading not guilty.”

The DOJ, however, has harshly criticized Mr Barrack and his alleged co-conspirators, Matthew Grimes and Rashid Sultan Rashid Al Malik Alshahhi, who were indicted as well.

“The conduct alleged in the indictment is nothing short of a betrayal of those officials in the United States, including the former President,” Acting Assistant Attorney General Mark Lesko said in a statement. “Through this indictment, we are putting everyone – regardless of their wealth or perceived political power – on notice that the Department of Justice will enforce the prohibition of this sort of undisclosed foreign influence.”

The DOJ’s narrative begins in April 2016, when it says Mr Barrack began acting as an “informal adviser” to Mr Trump’s presidential campaign. In November, after Mr Trump won the election, he became chairman of the Presidential Inaugural Committee. After the inauguration, the DOJ says, he “informally advised senior US government officials on issues related to US foreign policy in the Middle East.”

Throughout all this time, Mr Barrack “was regularly and repeatedly in contact with the senior leadership of the UAE government,” the Department says, either directly or through Mr Grimes or Mr Alshahhi.

Under US law, people acting on behalf of another government are required to register as foreign agents. According to the indictment, Mr Barrack never did so.

“Neither Alshahhi nor Barrack nor Grimes provided the required notification to the US Attorney General that they were acting in the United States as agents of a foreign government,” the DOJ says.

But the accusations don’t stop there. According to the indictment, FBI agents asked Mr Barrack about his work in June 2019, and Mr Barrack allegedly lied to them.

“During the interview, Barrack allegedly made numerous false statements, including falsely denying that Alshahhi had ever requested that he take any actions on behalf of the UAE,” the DOJ says.

“This case is about secret attempts to influence our highest officials, and when that corrupt behavior was discovered, we allege Mr Barrack went even further, obstructing and lying to FBI special agents,” Mr Sweeney said. “In case it needs repeating, each of those bad choices is a federal felony, and each now comes with significant consequences – the first being today’s indictment.”

The Independent has reached out to Mr Barrack for comment though First Republic Bank, where he is a board member, but has not immediately heard back.

‘People are getting sick’: Fiery Biden hits out at Fox reporter who accused White House of flip-flopping on masks

The hanging judge: Dissecting the legacy of Iran’s new president