Norway’s $1.3tn oil fund will screen the hundreds of new companies it adds to its portfolio each year for environmental, social and governance risks as the world’s largest sovereign wealth fund seeks to regain its place as one of the leading responsible investors across the globe.

Nicolai Tangen, chief executive of the fund, told Norway’s parliament on Monday that it had only screened the biggest new companies for such risks before adding them to its portfolio while the smallest companies were added automatically.

Now the fund will screen all the 500 to 600 companies that are typically added to its reference index each year and decide whether to invest in them or not, or start active ownership measures such as monitoring.

“It’s a very natural extension of what we’ve been doing. You just don’t want to have rotten apples. You want to keep the worst companies out,” Tangen told the Financial Times after the parliamentary hearing.

Norway’s oil fund was one of the pioneers of ethical investing this century and has attracted heavy attention for its exclusions of entire industries such as tobacco, nuclear weapons and, more recently, coal as well as divestments of individual companies such as Walmart for breaching labour rights and Rio Tinto for environmental damage.

But in recent years many other investors have focused on ESG risks, and the oil fund has faced criticism in Norway for being slow to keep up. Starting this year, the fund is publishing its voting intentions for all annual meetings five days beforehand.

Tangen told parliament on Monday that he had been impressed by the fund’s ESG work but that it was “far from done”, adding that he wanted it to become a global leader in responsible investment.

Asked by the FT if that meant he conceded the fund was no longer a leader, Tangen said: “It’s very important never to call yourself a leader in anything. It’s always better to be an underdog. There’s always room to improve.” 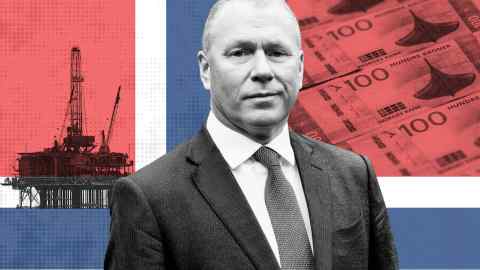 Oystein Olsen, governor of Norway’s central bank, which houses the oil fund, said: “The world is continuously changing, it’s not standing still. There are new challenges. To be a global leader, which is still the ambition, we have to move on.”

Tangen insisted the screening of newly listed companies was “not a function of IPO quality going down” but was merely something the fund needed to do. Its task will be made easier since the government decided this year to cut the number of companies in its reference index from the current 9,000 to about 6,600.

That means the new screening will mostly affect smaller companies in developed markets such as the US and Europe. The fund has sold out of about 300 companies since 2012 due to ESG problems, something it calls risk-based divestments.

Dozens of people killed in stampede at Jewish festival in Israel

Home and office of Rudy Giuliani searched by federal agents