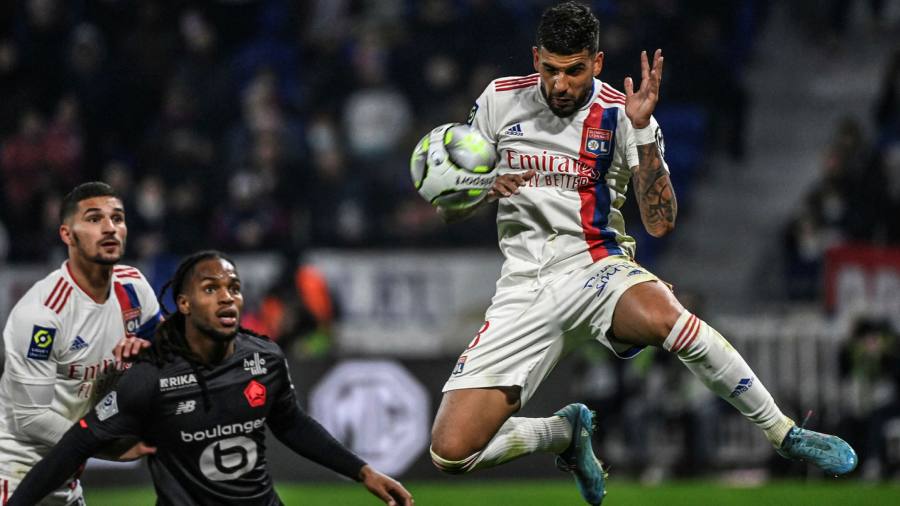 Crystal Palace co-owner John Textor and Authentic Brands founder Jamie Salter are in talks to acquire French football team Olympique Lyonnais in a deal valuing the club at €800mn, underlining the appetite for sports assets even as the global economy slows.

The deal will see the team’s longtime owner and influential leader in French football Jean-Michel Aulas sell most of his stake, while cinema group Pathé and private equity group IDG Capital will also exit. If the talks lead to a sale, Eagle Football Holdings would own roughly 80 per cent of OL Groupe, which runs men’s and women’s teams and basketball operations.

The transaction price of €3 a share would value Lyon’s equity at €529.5mn, rising to an enterprise value of €800mn when including debt. This would increase to €884mn after a planned capital increase for the group’s investment needs, including building a nearby arena for concerts and events.

International investors have been pouring capital into European leagues and football clubs, a trend that has accelerated since the coronavirus pandemic damaged their finances. French teams were particularly hard hit because the domestic television deal fell apart at the same time, leaving many clubs deep in debt.

To turn things round, the league agreed a deal with private equity group CVC Capital Partners in April that will see it pay €1.5bn to Ligue de Football Professionnel in exchange for a 13 per cent stake in a new commercial entity that will market the French football league’s broadcast rights. CVC has a similar deal with the Spanish league.

Lyon finished eighth in the French top tier last season, 25 points behind Qatar-owned champions Paris Saint-Germain. But it was once one of the country’s most dominant teams, winning the title seven times, and benefits from owning its stadium and training centre, a rarity in France.

Its women’s team is also one of the most successful in the sport, having won the Champions League six times in the past seven years, while its youth academy has produced many top players in the men’s game, such as Karim Benzema and Anthony Martial. OL Groupe also owns Washington-based women’s team OL Reign, where US star player Megan Rapinoe plays.

Authentic Brands, which last year agreed to acquire sports brand Reebok for up to €2.1bn from Adidas, is a celebrity and clothing licensing group. CVC is a shareholder in Authentic Brands.

“The project that I discovered in Lyon with Jean-Michel Aulas and all his teams will be at the epicentre of our new organisation and our investments in the service of world football,” said Textor. “Olympique Lyonnais will be the cornerstone of our project.”

The sale of Chelsea was followed by US investment group RedBird Capital’s €1.2bn acquisition of Italian football champions AC Milan, one of the most successful clubs in the European game. RedBird also owns French club Toulouse FC, which will play in the top flight this coming season following promotion.