New Zealand clinched the Rugby Championship with a game to spare thanks to a 19-17 win over the world champions; Jacques Nienaber: “(Against the) British and Irish Lions we won with a kick like this, Australia we lost, New Zealand we lost, so I think it’s swings and roundabouts.” 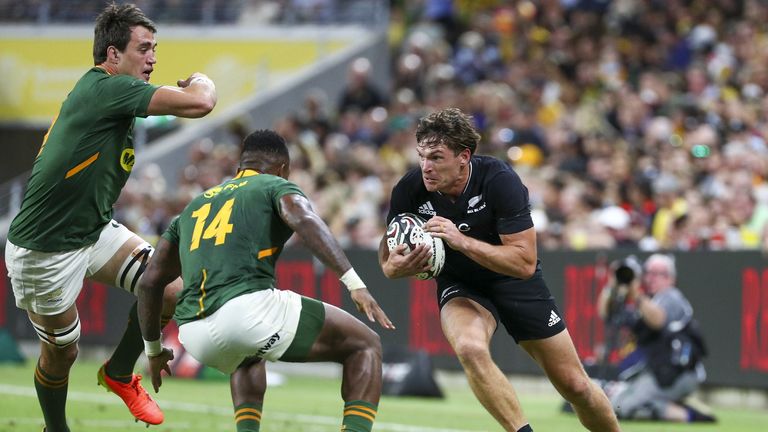 The 19-17 loss in Townsville, which came courtesy of a late Jordie Barrett penalty, followed on the heels of back-to-back reversals against Australia but the narrow nature of the loss left Nienaber feeling vindicated.

“(Against the) British and Irish Lions we won with a kick like this, Australia we lost, New Zealand we lost, so I think it’s swings and roundabouts.” 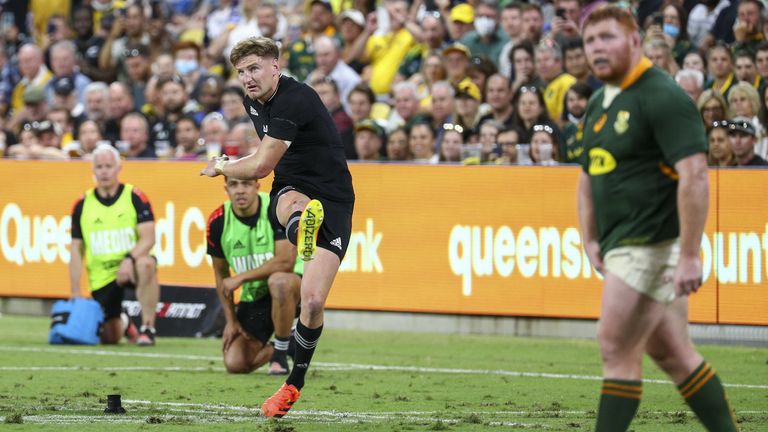 The Springboks went into the game needing a bonus-point win to keep their slim hopes of claiming the Rugby Championship alive against a team they had not faced since the 2019 Rugby World Cup.

Both teams scored early tries, with Barrett slotting over what turned out to be a crucial conversion after Will Jordan crossed the line two minutes into the game.

S’busiso Nkosi’s try for the Springboks went unconverted, leaving Handre Pollard and Barrett to trade penalties throughout the rest of the game until the All Blacks emerged as narrow winners.

“It was a proper Test match, in terms of when No 1 and 2 in the world play against each other,” said Nienaber.

“There are small margins, obviously we have our DNA, they have their DNA and that’s the thing.

The world champions conceded 16 penalties with Nkosi receiving a yellow card six minutes from the end of the first half, leaving Nienaber concerned.

“Obviously we will have to look at our discipline,” he said. “We conceded I think double the amount of offside penalties currently in this competition and we will have to have look at that.

“Discipline is something we will have to have a look at.” 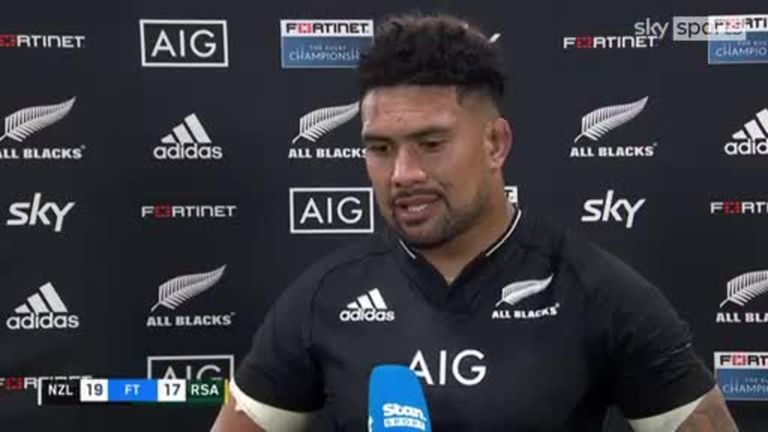 All Blacks head coach Ian Foster is targeting a Rugby Championship clean sweep when they face South Africa again on the Gold Coast on Saturday.

The All Blacks wrapped up the title with a game to spare but Foster has set his sights on a statement-making sixth consecutive win.

“Quite frankly, you go up to the Six Nations and if they win five games they celebrate it as a grand slam, and we’ve got that chance now in The Rugby Championship to have a grand slam opportunity next week,” said Foster.

“For this group to actually put themselves in that position is massive credit to (captain) Ardie (Savea) and the men for the way they’re gelling together and working hard.

“We know to achieve what we want to next week and get that grand slam we’re going to have to lift a couple of cogs from tonight.”