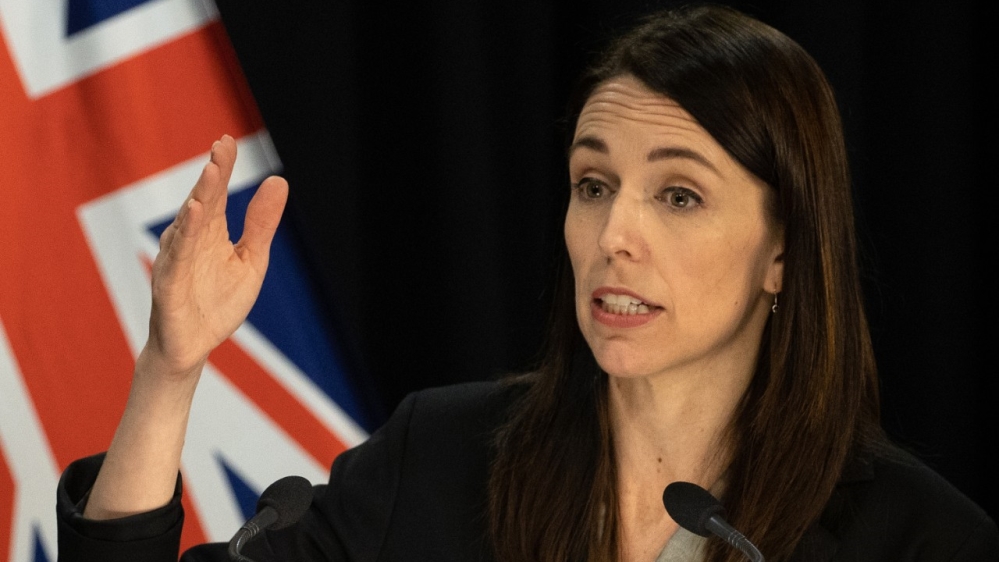 Move comes after New Zealand records 23 new coronavirus cases at its border, of which 17 were from India.

New Zealand has temporarily suspended entry for all travellers from India, including its own citizens, for about two weeks following a high number of positive coronavirus cases arriving from the South Asian country.

The move comes after New Zealand recorded 23 new positive coronavirus cases at its border on Thursday, of which 17 were from India.

“We are temporarily suspending entry into New Zealand for travellers from India,” Prime Minister Jacinda Ardern said in a news conference in Auckland.

India has recorded 12.8 million COVID-19 cases, the most after the United States and Brazil. It is now battling a deadly second wave of infections, with the number of infections in the past 24 hours reaching an all-time high of 126,789 cases on Thursday.

Deaths from COVID-19 rose by 685 in the past 24 hours, the highest since November, raising India’s toll to 166,862 dead since the pandemic began.

New Zealand’s suspension of entry for travellers from India will start from 4pm local time (04:00 GMT) on April 11 and will be in place until April 28. During this time the government will look at risk-management measures to resume travel.

The suspension applies to anyone who has been in India during the past 14 days. It is the first time that New Zealand has extended any bar on entry to its own citizens and residents.

“I want to emphasise that while arrivals of COVID from India has prompted this measure, we are looking at how we manage high-risk points of departure generally. This is not a country-specific risk assessment,” Ardern said.

New Zealand has virtually eliminated the virus within its borders and has not reported any community transmission locally for about 40 days. But it has been reviewing its border settings as more infected people have been arriving recently, most of them from India.

Pre-departure testing requirements reduced the number of positive cases coming from other countries but that has not been the case with India, Ardern said.

“We have looked into whether or not we have issues with [the] accuracy of the pre-departure tests. That has not demonstrated that that’s where the problem lies. So this suspension gives us the time to look at the problem more generally,” she said.

New Zealand on Thursday also reported one new locally infected case in a worker who was employed at a coronavirus isolation facility.

Biden to withdraw US troops from Afghanistan by September 11

EY’s audits of defunct payments group Wirecard suffered from serious shortcomings over a period of years, a German investigation has

The best credit cards for flying United Airlines in 2021

Saints up to fourth with Irish win

Brandon Scott Hole: Police had seized gun from former FedEx employee and FBI was warned of ‘suicide by cop’

Raul Castro, long a sidekick, finally the face of his nation

Demi Lovato: I Cut My Hair to Free Me from Christian Gender Expectations! It Worked!

Kane limps off | Mourinho: Too early to tell

Android 12 may support a trash bin for deleted files, but it’s messy

From Asian hate crime to a minimum wage: 25 things Ted Cruz has voted against this year

DMX Public Memorial to be at Barclays Center on April 24

Bernie Madoff was proof that if something is too good to be true, it usually is

An actual house is an NFT now

Madison LeCroy, Bravo Star Who A-Rod Was Jerkin’ it to on FaceTime, Sends Best Wishes to J. Lo

American Queen Steamboat Company and Victory Cruise Lines, part of the Hornblower Group, announced this week three new additions and one promotion to

There are many things I miss about pre-pandemic life, but sifting through picked-over sale racks in stores is not one of them.

Mary Katrantzou Talks About Her Collaboration with Bulgari