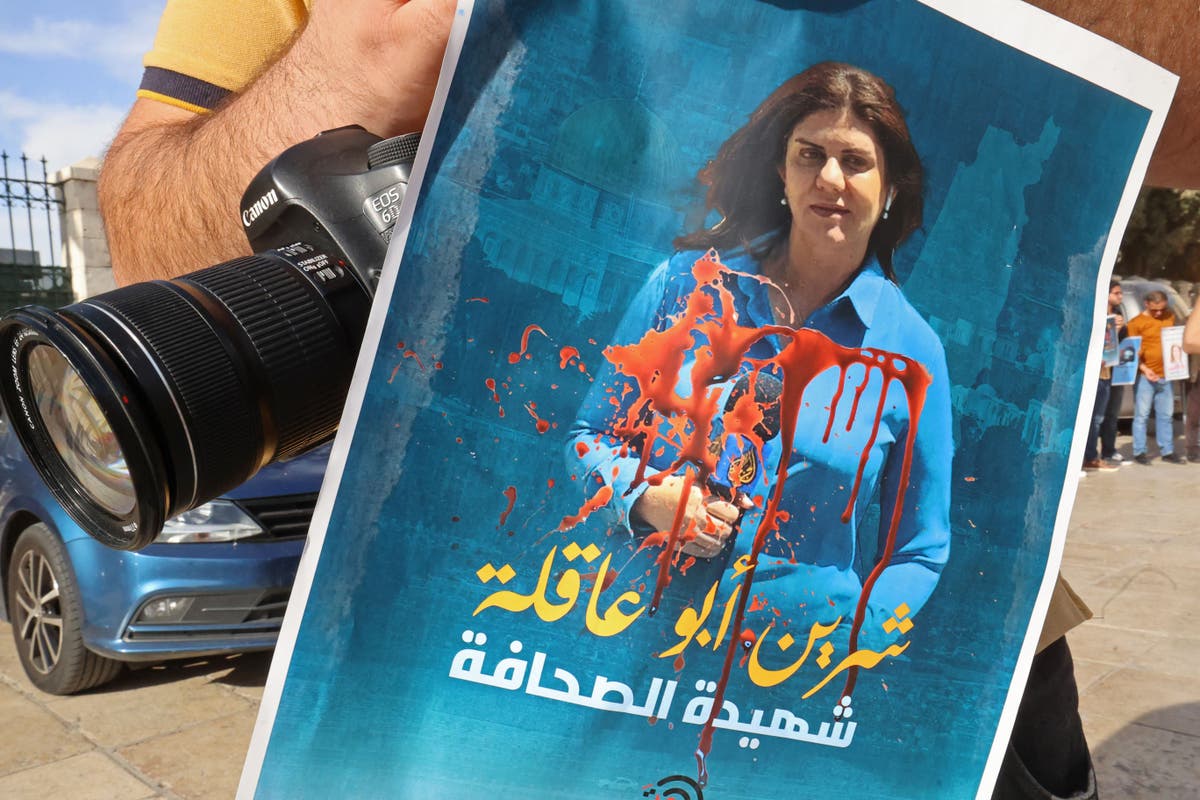 Palestinian journalist Shireen Abu Akleh was “most likely” shot by an Israeli soldier from an elite unit, a new month-long investigation by The New York Times has concluded.

Abu Akleh, an Al Jazeera correspondent, was shot dead on 11 May while covering a raid in the occupied West Bank town of Jenin. The Qatari-based broadcaster said the well-known Palestinian and American reporter was killed by Israeli, saying it based this assessment on photos, videos and witness testimony from that day.

According to the NYT investigation into the fatal shooting, the bullet that killed the journalist was fired from the approximate location where an Israeli military convoy was stationed.

It also dismissed Israel’s claims that Palestinians were to blame for the firing, as it said there were no armed Palestinians in Abu Akleh’s vicinity when the gunshot hit her. Israel initially blamed the killing on Palestinian gunmen, before saying it was possible she was shot by an Israeli soldier by mistake. It has ruled out launching a criminal investigation into the incident.

At least 16 shots were fired from the point where the Israeli convoy was stationed, the New York Times reported based on an analysis of audio, contradicting Israel’s claim that only five bullets were fired in the journalist’s direction.

But the investigation was unable to conclude whether the person who fired the shot recognised the journalist and attempted to target her personally, or if the shooter saw that Abu Akleh and her colleagues were wearing protective vests with the word “Press”.

According to an autopsy by the Palestinian authority governing parts of the West Bank, one of the bullets entered Abu Akleh’s skull from the rear, exited her forehead and then hit the inside of her helmet, before it ricocheted back into her head.

The investigation stitched together the events leading to the shooting of Abu Akleh using videos from all possible sources – including from journalists, security cameras and bystanders.

At least seven witnesses were questioned and accounts of the Israeli military were also used.

The 51-year-old journalist was born in Jerusalem and began working for Al Jazeera in 1997. Abu Akleh regularly reported on-camera from across the Palestinian territories.

The killing and subsequent attacks by Israeli forces on those mourning her death have sparked an international uproar, raising fresh questions about tactics in Palestinian areas under its military control.

Multiple other investigations, including those by CNN, The Washington Post and investigative group Bellingcat have pointed to Israeli forces being behind Abu Akleh’s killing.

An investigation by the Associated Press found that the journalist was in “clear line of sight” of a convoy of Israeli gunmen, who had been sent to pull out soldiers involved in a military raid on New Camp Street. Abu Akleh and other journalists were at the spot to cover this raid.

Multiple videos and photos from that morning “show the reporters and other bystanders in real time taking cover from bullets fired from the direction of the convoy”, the AP said.

Dutch-based research group Bellingcat also confirmed in its analysis that the Israeli forces were in close proximity with the journalist and had a better line of sight.

An investigation by the Palestinian Authority also came to similar conclusions, saying Israeli soldiers “directly and deliberately” targeted Abu Akleh and other journalists as they tried to escape the scene.

Israel has strongly denied the accusation that Abu Akleh was deliberately targeted, with foreign minister Yair Lapid saying in May that the Palestinian Authority’s probe was biased. He also rejected the “so-called investigation” by CNN.

According to the country’s military forces, Abu Akleh was killed in a gunfight during a complex military operation against Palestinian militants. Only a sophisticated ballistic analysis of the bullet could confirm whether it was fired by an Israeli soldier or a militant, Israel has said, but the Palestinian authorities have refused to hand the bullet over, saying they do not trust Israel to investigate itself.

Last week, the Al Jazeera news network shared an image of the bullet which killed its journalist. The bullet is a US-made 5.56mm round, said to be typically used with M4 rifles, the weapon most commonly used by Israeli forces.