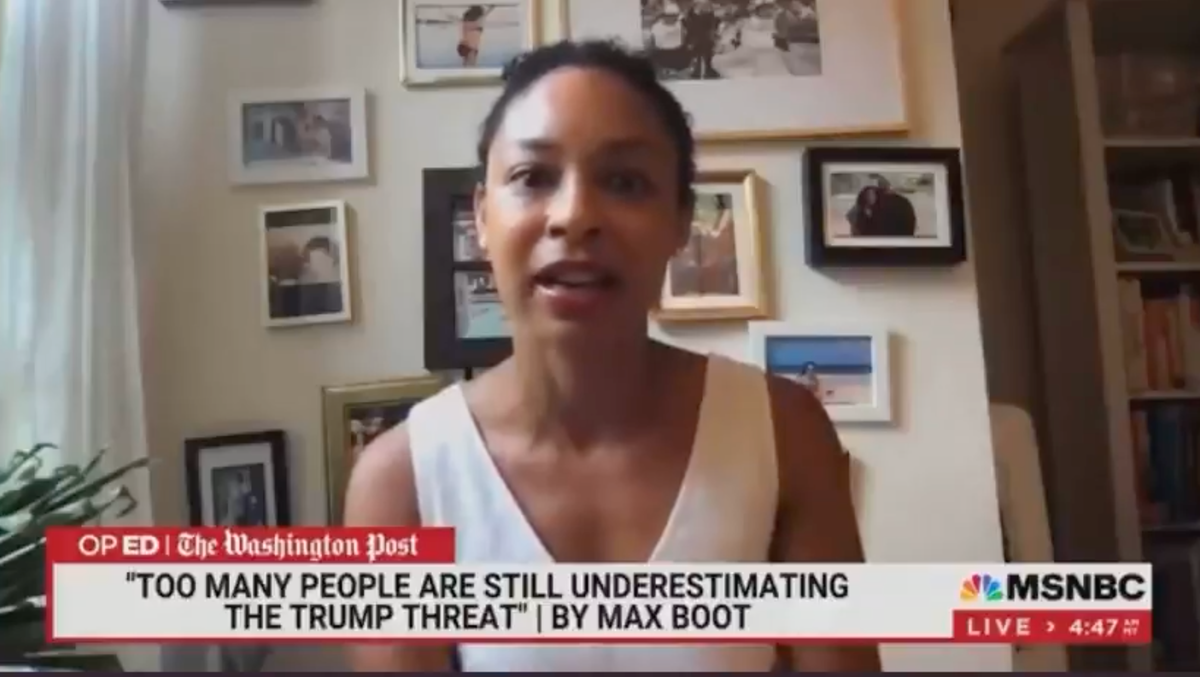 The New York Times is defending one of its columnists this week after a comment she made about American flags sparked a conservative backlash.

“Maybe listen to what she said,” another wrote.

Mara Gay, a member of the Times editorial board, told MSNBC on Tuesday that while visiting a friend in Long Island, New York, she was “disturbed” to see clusters of anti-Biden bumper stickers, Trump banners, and American flags.

“I saw, you know, dozens and dozens of pickup trucks with expletives against Joe Biden on the back of them, Trump flags, and in some cases just dozens of American flags, which is also just disturbing, because essentially the message was clear: This is my country. This is not your country. I own this,” Ms Gay said on Morning Joe.

Conservative pundits and internet users took this to mean the journalist was offended by the American flag itself. Kayleigh McEnany hosted a Fox News panel on her “absurd commentary.” Angry comments began piling up on Ms Gay’s Twitter feed.

“The world has five continents,” one tweet read. “Move somewhere where you are not upset with its flag.”

(The world actually has seven continents.)

“#MaraGay is a political bigot, twisting love of country into some sinister white supremacist xenophobia,” another wrote.

Later that day, the Times spoke up on Ms Gay’s behalf.

“New York Times editorial board member Mara Gay’s comments on MSNBC have been irresponsibly taken out of context,” the newspaper tweeted. “Her argument was that Trump and many of his supporters have politicized the American flag. The attacks on her today are ill-informed and grounded in bad faith.”

Not everyone was convinced.

“I watched the entire interview,” another Twitter user wrote. “Nothing was taken out of context.”

Meanwhile, Ms Gay wrote that people had started using US flags to harass her.

“What’s really ‘an own’ is that you think the American flag is somehow an affront to your ‘blackness,’” one Twitter user replied. “My friends and military brothers say otherwise. Check your privilege.”

Others were more sympathetic.

“Did you listen to it?” one person asked, regarding the MSNBC interview. “She’s being completely reasonable. I’m embarrassed by the same aggressive white nationalist posturing behind American flags. You aren’t?”

JetTrain: The high-speed dream that never took off

US: 2,100 migrant children may still be separated from parents