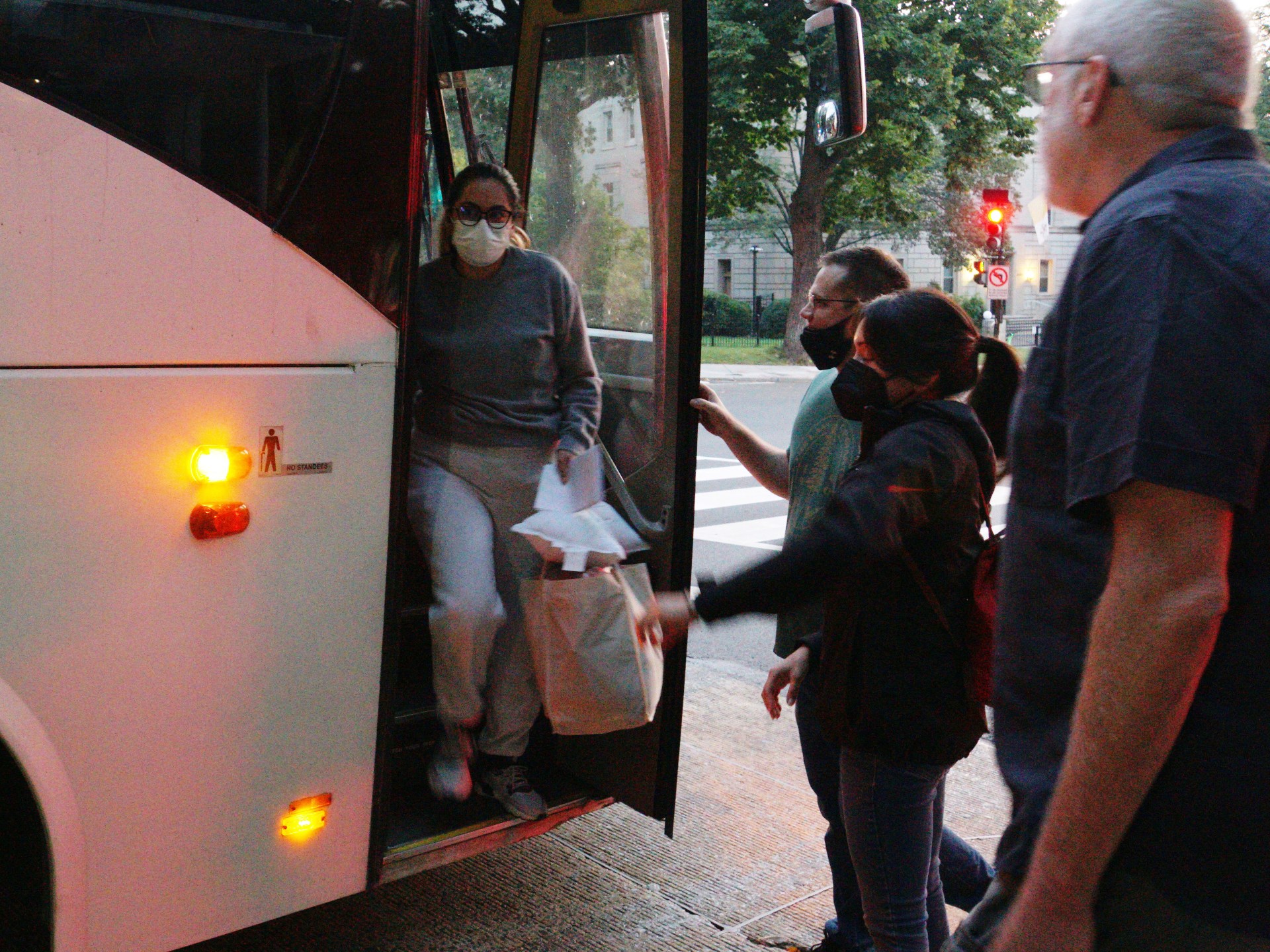 Mayor says new centres will provide shelter, food and healthcare to hundreds of people bused into the city each day.

Emergency centres will be opened in New York City to provide support for migrants and asylum seekers, the mayor has announced, as Republican lawmakers from other parts of the United States continue to send busloads of people into the city.

In a statement on Thursday, Mayor Eric Adams said two centres would provide shelter, food and medical care, as well as a range of settlement support to hundreds of asylum seekers arriving each day from Texas and other US border states.

“While other leaders have abdicated their moral duty to support arriving asylum seekers, New York City refuses to do so,” said Adams, a Democrat.

“This is not an everyday homelessness crisis, but a humanitarian crisis that requires a different approach. That’s why the Humanitarian Emergency Response and Relief Centers will be the first touchpoint for asylum seekers that will provide them with a range of services and support as families determine their next steps.”

In recent months, Republican lawmakers have sent migrants and asylum seekers to Democratic-led cities across the US in what critics denounced as an “inhumane” effort to garner support ahead of critical midterm elections in November.

The Republican governors of Texas, Arizona and Florida – who have claimed responsibility for the campaign – say their goal is to draw attention to US President Joe Biden’s immigration policies amid an influx of arrivals at the country’s southern border with Mexico.

Texas Governor Greg Abbott and Arizona Governor Doug Ducey have sent many buses to Washington, DC, including two that dropped migrants off near Vice President Kamala Harris’s home earlier this month. Other buses have gone to New York City and Chicago.

Migrant rights advocates have slammed the buses and flights as “political stunts” and “calculated attempts to further dehumanize [and] humiliate migrants”.

A Texas county sheriff has opened a criminal probe into the flights to Martha’s Vineyard, saying he believed the asylum seekers “were preyed upon”. The group “was stranded unceremoniously … for nothing other than a photo op,” Bexar County Sheriff Javier Salazar said on Monday.

Meanwhile, volunteers and local community groups have rallied to provide support for the families when they arrive. In Chicago, a city website urges residents to donate various items, from baby formula and diapers to cold-weather clothing, pajamas and shoes.

In Thursday’s statement, New York City said the first relief centre would be opened at Orchard Beach, in the city’s Bronx borough, for adults, while the second location is still being finalised.

In response to the announcement, the Legal Aid Society and Coalition for the Homeless, an advocacy group in New York City, said it was “deeply concerned” that families with children could be “relegated to congregate settings”.

“This practice, which has been widely condemned for its adverse and dangerous impact on this uniquely vulnerable population, is already subject to legal prohibitions,” the group said in a statement.

“That said, we remain willing to work with the City on a viable solution that satisfies New York’s legal and moral obligation to provide safe and adequate shelter to all who seek it, including asylum seekers.”

Analysis: The Supreme Court now operates in a climate of distrust and discontent