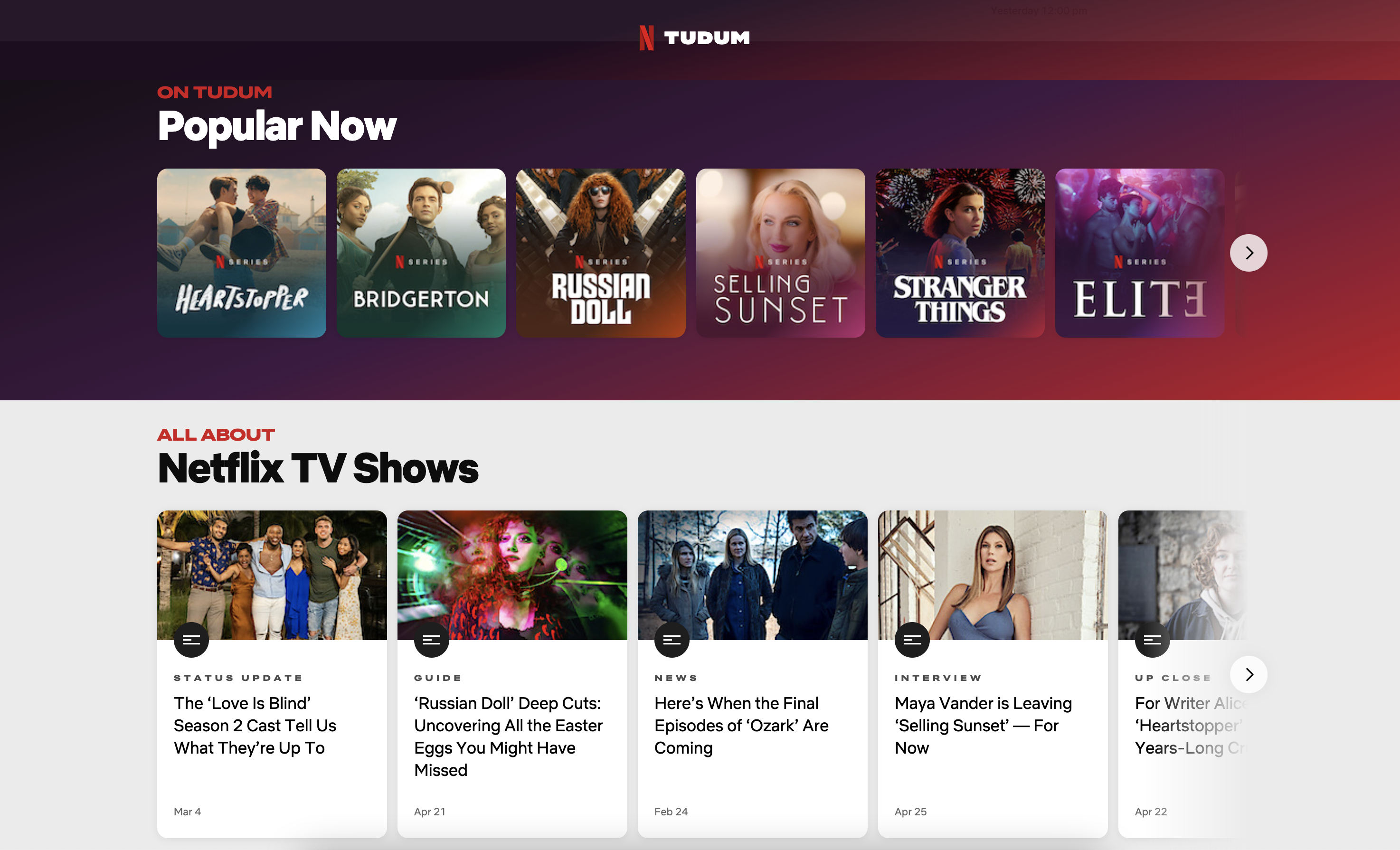 Netflix assembled an impressive roster of writers and editors for its fan site project, Tudum, which launched in early December of 2021. Today, a significant portion of those new hires have been sent packing for reasons unknown.

A swath of the site’s former staff announced their departures today on Twitter, with former Vice culture writer Josh Terry claiming “laid off my team,” suggesting the cuts may be drastic. Netflix claims there are no plans to mothball the site. It declined to comment on the number of workers who were impacted but confirmed that some amount of staff and contractors had been let go; The Hollywood Report placed its estimate at least 10 people.

Uh oh! Looks like I have to do this tweet again. Is anyone hiring? Netflix just laid off my team (my job included). It was an incredible few months and I’m grateful for it but I’m stoked about whatever’s next. Email is in bio.

All a Netflix spokesperson would tell Engadget on the record was that “our fan website Tudum is an important priority for the company.”

Tudum was billed by Netflix on launch as “a backstage pass that lets you dig deeper into the Netflix films, series, and stars you love” — essentially an attempt to prop up a media business on the strength of the streaming platform’s original content. It’s not clear at this time what kind of change in staffing or strategy prompted this round of layoffs, who remains at the site or if the newly-separated writers and editors were given any advance notice.

The job cuts come not long after Netflix announced during its quarterly earnings that it had lost subscribers (approximately 200,000 of them) for the first time in a decade. What followed was a swift and brutal backlash from the market that saw the streaming service’s share price drop by 25 percent. So far it’s plans to turn the ship around have been limited to trying to stop customers from sharing login information, and mulling the idea of a cheaper ad-supported subscription tier.

Were you recently let go from Tudum? I’d like to hear from you. Download Signal messenger for iOS or Android and text me confidentially at 646 983 9846.

After Musk’s Twitter takeover, an open-source alternative is ‘exploding’

Amber Heard returns to witness stand and says she is ‘harassed, humiliated and threatened’ daily

In the town of Uvalde, Texas on Tuesday, 21 people, most of them children, lost their lives when a gunman

Amy Duggar: Josh is a Monster, I Hope He Suffers in Prison!