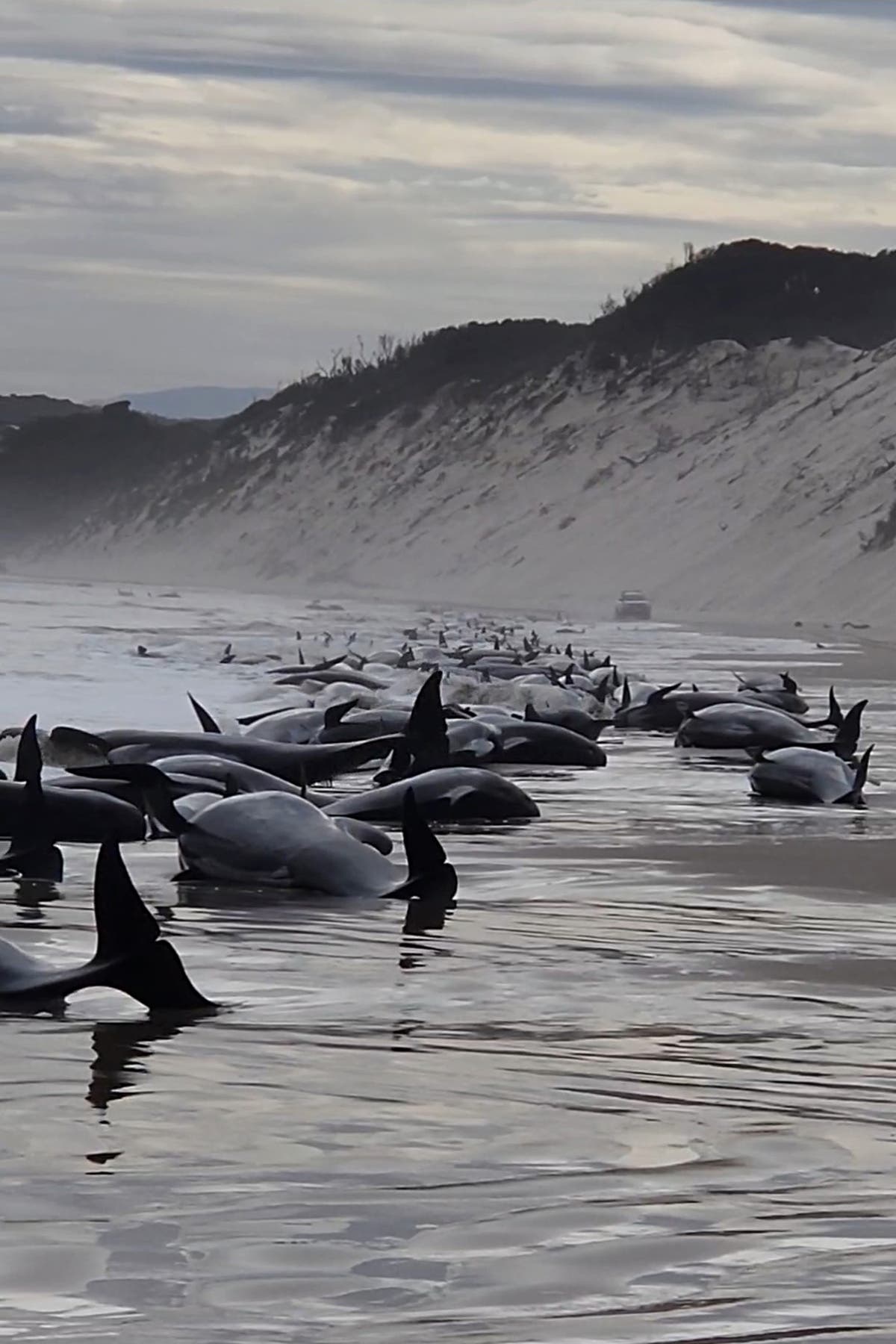 Around 200 whales that were stranded on a wild and remote coast of Australia’s island state of Tasmania may have died because of the climate crisis, experts claim.

While half the pod of 230 pilot whales stranded in Macquarie Harbour were believed to be alive until Wednesday, the pounding surf took an overnight toll.

Environmental experts say the climate crisis could have forced the whales out of their usual habitat. Griffith University marine scientist Olaf Meynecke said it’s unusual for sperm whales to wash ashore adding that warmer temperatures could also be changing the ocean currents and moving the whales’ traditional food.

He told Sky News: “Once these animals that use sonar are going into shallow embayments (a recess in a coastline forming a bay) they completely lose orientation.

“The fact that we’ve seen similar species, the same time, in the same location, reoccurring in terms of stranding at that same spot might provide some sort of indication that there might be something environmental here,” added Vanessa Pirotta, a wildlife scientist specialising in marine mammals.

Tasmania Parks and Wildlife Service manager Brendon Clark said: “Unfortunately, we do have a high mortality rate out on this particular stranding,” he said, confirming that only 35 of the 230 whales are still alive.

“The primary focus this morning will be on the rescue and release of those animals.”

“We’ve triaged the animals yesterday as part of the preliminary assessment and we’ve identified those animals that had best chance of survival of the approximately 230 that stranded. Today’s focus will be on rescue and release operations,” he added.

This is not the first time that whales were discovered stranded at this harbour. Two years ago, on 21 September 2020, about 470 long-finned pilot whales were found stuck on sandbars. After a weeklong effort, only 111 were rescued, while the rest died.

Local salmon farmer Linton Kringle, who helped in the rescue efforts in 2020, said it is an even more challenging operation this time.

“Last time they were actually in the harbour and it’s quite calm and we could, sort of, deal with them in there and we could get the boats up to them,” he said. “But just on the beach, you just can’t get a boat in there — it’s too shallow, way too rough. My thoughts would be try to get them onto a vehicle if we can’t swim them out.”

The reason why two major strandings have taken place at Macquarie, on the same beach and at the same date two years apart, remains unexplained.

“They will be going to different areas and searching for different food sources,” he said. “When they do this, they are not in the best physical condition because they might be starving so this can lead them to take more risks and maybe go closer to shore.”

The Queen only ever sent one dish back, her former chef says. It’s not what you think

Trump news – live: Trump in double legal bind on tax and Mar-a-Lago papers, as Ginni Thomas to speak on Jan 6