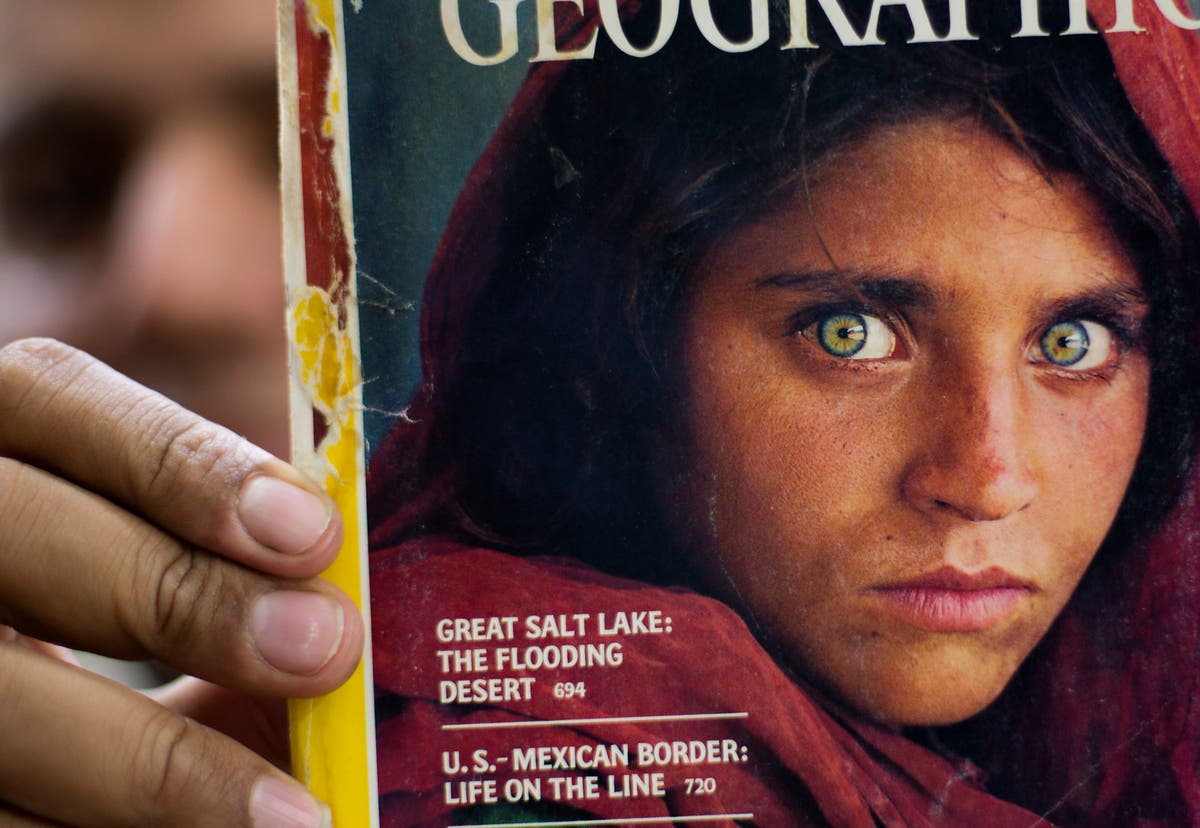 The famed green-eyed “Afghan Girl” who appeared on the cover of National Geographic magazine in 1985 has arrived in Italy as part of the West’s evacuation of Afghans following the Taliban takeover.

The Italian government organized the evacuation of Sharbat Gula after she asked for help to leave Afghanistan, and Rome said on Thursday that it would help her settle into life in Italy.

Gula gained globall fame in 1984 as an Afghan refugee girl, after war photographer Steve McCurry’s picture of her, with piercing green eyes, graced the cover of National Geographic.

Her identity was only discovered in 2002 when McCurry returned to the region and tracked her down.

In 2014, she surfaced in Pakistan but went into hiding when authorities accused her of buying a fake Pakistani identity card and ordered her deportation.

She was flown to Kabul where the president hosted a reception for her at the presidential palace and handed her keys to a new apartment.

Italy was one of several Western countries that airlifted hundreds of Afghans out of the country following the departure of US forces and the Taliban takeover in August.

Rome said it arranged Gula’s travel to Italy as part of a program to support Afghan citizens.

In a statement announcing Gula’s arrival in Rome, Premier Mario Draghi’s office said her photograph had come to “symbolize the vicissitudes and conflict of the chapter in history that Afghanistan and its people were going through at the time.”

‘My heart breaks’: Squad blasts Rittenhouse verdict for proving justice system ‘protects who it was designed for’