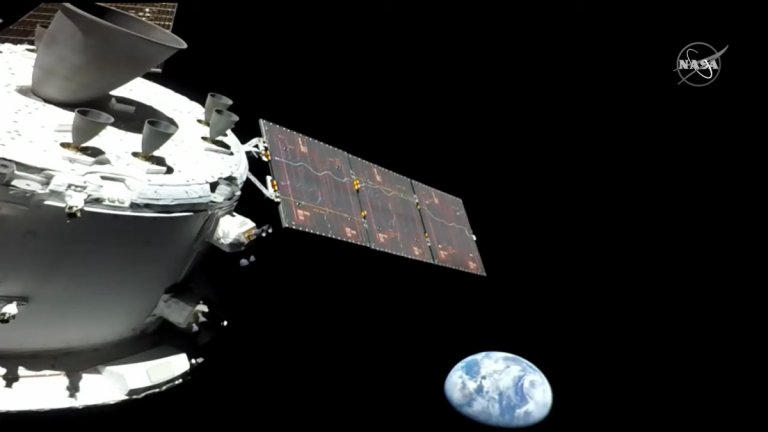 NASA’s Orion spacecraft has successfully completed one of the key maneuvers of its maiden journey: a flyby of the Moon during which it got as close as 81 miles to the lunar surface. This was important for a few reasons, not least because it marked a critical test for the propulsion system.

Orion carried out four trajectory correction burns on its way to the Moon, but this time around, the orbital maneuvering system engine fired for 2 minutes and 30 seconds. This accelerated Orion at a rate of more than 580MPH. At the time the burn started, the uncrewed spacecraft was traveling at 5,023MPH, 238 miles above the Moon. Shortly after the burn, it was 81 miles above the lunar surface and it was traveling at 5,102MPH.

NASA will reveal more details about the flyby burn and offer updates on post-launch assessments for the Space Launch System rocket and Exploration Ground Systems (including the launch tower) at a press conference on Monday at 5PM ET. Meanwhile, engineers have been looking into RAM faults in the star tracker system, which have been resolved with power cycles. Another team examined an issue that has caused one of the eight service mobile units suppling solar array power to the crew module to open on a few occasions without a command. NASA says there have been no mission impacts as a result of these hiccups.

Uncharted: The Movie: The Rollercoaster is coming to a Spanish theme park

How to watch the FTX Congressional hearings

Turkey earthquake – latest: Survivors scream from under rubble as rescuers battle to save hundreds of families

US boy, 6, who shot first-grade teacher, also choked another teacher ‘until she couldn’t breathe’

Super Bowl Diary: Opening night fun, a trip to the desert, and #FreeJeff