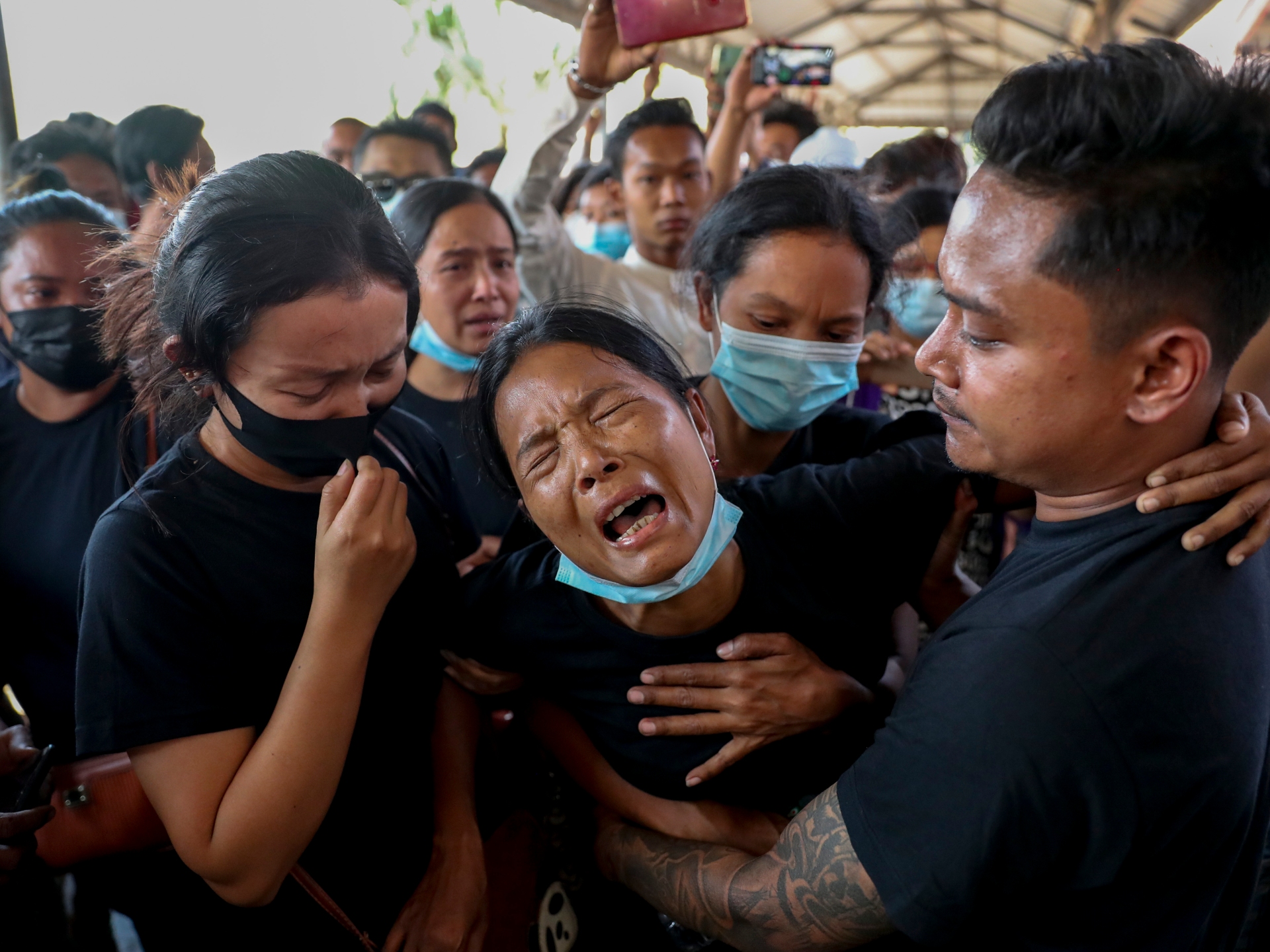 Survivors of military abuses in Myanmar have lodged a criminal complaint in Germany, asking prosecutors to investigate and bring to trial those responsible for committing atrocities during crackdowns on opponents of the February 2021 coup, and against the Rohingya minority.

Fortify Rights, an advocacy group, announced the filing of the complaint on Tuesday.

The group said the case, which involves 16 individuals from Myanmar, was filed with the German Office of the Federal Prosecutor last week.

Matthew Smith, CEO and co-founder of Fortify Rights, said the complaint was filed in Germany because of its universal jurisdiction laws, which allows for the prosecution of crimes no matter where they take place.

“Germany is in a unique position to help thwart impunity in Myanmar,” Smith told a news conference in Bangkok, Thailand.

“The complaint provides new evidence proving that the Myanmar military systematically killed, raped, tortured, imprisoned, disappeared, persecuted and committed other acts that amount to genocide, crimes against humanity and war crimes in violation of German law,” he said.

“Members of the military junta should not feel safe from justice in this world, and they must be held accountable.”

The power grab has plunged Myanmar – which was facing accusations of genocide over the 2017 campaign against the Rohingya – into conflict.

Enraged by the military’s brutal repression of peaceful protests, civilian militias have taken up arms, while deposed legislators have set up a parallel government. Thwarted in his bid to consolidate his coup, Min Aung Hlaing responded with even more violence. His forces have engaged in arbitrary killings and torture and burned entire villages to the ground in acts that the United Nations says may amount to war crimes.

Fortify Rights said it was forced to seek German help because of the UN Security Council’s refusal to refer the Myanmar military to the International Criminal Court.

It said approximately half of the 16 individuals in its complaint were Rohingya who had survived crackdowns in Rakhine State in 2016 and 2017, while the others were victims of post-coup atrocities in states and regions throughout the country in 2021 and 2022.

They include members of the Arakanese, Burman, Chin, Karen, Karenni and Mon ethnicities.

“We ask that for the first time in history, the Myanmar military be held accountable for all of its crimes against all ethnic groups,” said Pavani Nagaraja Bhat, an investigations associate at Fortify Rights.

“Despite coming from different regions, ethnic groups and backgrounds all the complainants have suffered deeply since the coup, they’ve lost homes, family members, livelihoods, their freedoms, and many still live in a constant state of fear despite living outside their countries. What they’ve witnessed and survived is horrific,” she told reporters. “By participating in this complaint, the complainants are saying enough is enough.”

Individuals in the case include Nickey Diamond, who is currently living in Germany.

“We trust in Germany to open an investigation and seek justice for genocide, crimes against humanity, and war crimes committed by the military and its leaders in Myanmar,” he said. “This is the time to end impunity and ensure the military perpetrators and others no longer get away with their crimes.”

Others in the case include a 51-year-old Rohingya woman who accused the security forces of killing seven members of her family during the 2017 crackdown. She also said she had heard individuals under the military’s control raping her daughter-in-law while security forces beat her in a room next door. She also reported witnessing piles of dead bodies of Rohingya civilians in her village and soldiers stabbing, beating, and killing numerous Rohingya men and children.

“The Myanmar government and military have been trying to vanish our Rohingya community for 50 years,” she said in a statement. “As a Rohingya woman, I want justice for the genocide so that it does not happen again.”

Another complainant was Thi Da, a 35-year-old mother of three, who accused the military of forcibly disappearing her husband in 2021.

“I’m still angry with the [Myanmar junta] soldiers,” the ethnic Chin woman said in a statement. “They don’t think of us as people and treat us like animals or objects.”

Fortify Rights said its primary objective was for the German Federal Prosecutor to open an investigation, collect and preserve evidence for prosecutions and issue arrest warrants against those responsible for the crimes committed in Myanmar.

It said that German prosecutors are currently conducting more than 100 investigations into international crimes related to other countries and contexts. These include Russian war crimes in Ukraine.

It noted that German courts have also heard cases dealing with torture in Syrian prisons as well as crimes by members of ISIL or ISIS, including against the Yazidi community.