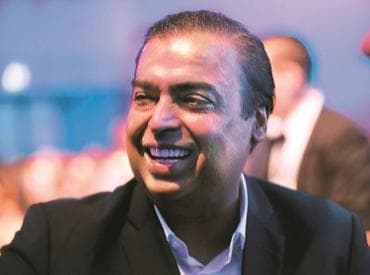 Reliance Industries Chairman Mukesh Ambani reclaimed the top spot in the Forbes list of India’s 10 richest billionaires with a net worth of 84.5 billion dollars.

Put together, the three richest Indians added just over 100 billion dollars, as per Forbes. Forbes also said that the total number of Indian billionaires rose to 140 this year from 102 last year and their combined wealth nearly doubled to 596 billion dollars.

Mukesh Ambani, who is also Asia’s richest person, diversified his oil and gas empire and dived into sectors such as telecom and retail, which resulted in him retaining the top position.

Amid the Covid-19 pandemic, Ambani accomplished a fund-raising feat, garnering 35 billion dollars through a string of deals to achieve his target of reducing his flagship Reliance Industries’ net debt to zero by 2021.

In the top ten richest Indians list, two Indians featured who earned their spot owing to investments in the healthcare sector which has witnessed a boost owing to the coronavirus disease (Covid-19) pandemic.

These two are: Cyrus Poonawalla of the Serum Institute of India (SII) and Sun Pharmaceutical Industries’ Dilip Shanghavi.