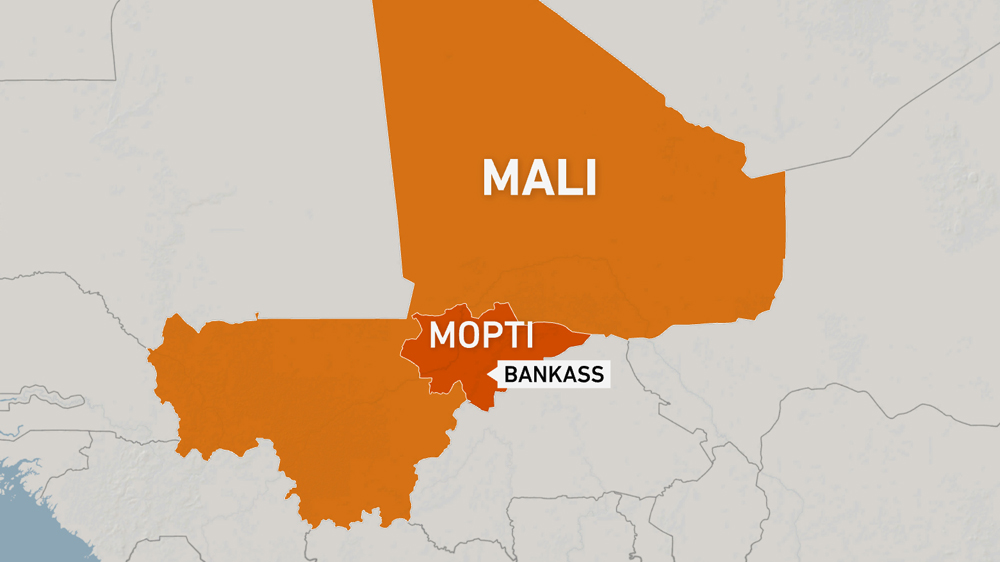 More than 100 civilians have been killed in attacks by suspected armed rebels in central Mali, the government has said.

Members of the Katiba Macina armed group assaulted at least three villages in the rural commune of Bankass, in Mali’s central Mopti region, on the night between Saturday and Sunday, the government said in a statement on Monday.

At least 132 civilians were killed and some of the perpetrators have been identified, it added.

It said the civilians were “coldly killed by fighters of the Macina Katiba of Amadou Kouffa”, an organisation affiliated to al-Qaeda.

The killings took place in Diallassagou and two nearby villages, Diaweli and Dessagou, in central Mali, which has long been mired in insecurity.

“Investigators are on the spot today to find out exactly what happened,” Moulaye Guindo, the mayor of Bankass told The Associated Press news agency.

Mali and the central Sahel region have for months faced a string of civilian massacres blamed on armed groups.

The country has since 2012 been rocked by insecurity as groups linked to al-Qaeda and ISIL (ISIS) have attacked civilians, plunging the country into crisis.

Violence that began in the north has since spread to the centre and to neighbouring Burkina Faso and Niger.

There was no immediate claim of responsibility for the attacks in central Mali.

The United Nations peacekeeping mission in Mali issued a statement about the attacks on Twitter saying it is concerned by “attacks against civilians in the Bandiagara region (the area of central Mali) perpetrated by extremist groups. These attacks have reportedly caused casualties and displacement of populations.”

In a separate incident, a UN peacekeeper died on Sunday from injuries sustained from an improvised explosive device, the UN mission to Mali said in a statement.

The head of the UN Mission to Mali, El-Ghassim Wane, said that since the beginning of 2022, several attacks have killed UN uniformed peacekeepers.

He said that attacks on peacekeepers can constitute war crimes under international law and reaffirmed the mission’s commitment to supporting peace and security in Mali.

Since the beginning of the year, several hundred civilians have died in attacks in central and northern Mali.

The attacks are blamed on armed rebels as well as the Malian army, according to a report by the human rights division of the UN mission in Mali, known as MINUSMA.

The UN peacekeeping mission in Mali began in 2013, after France led a military intervention to remove rebels who had taken over cities and major towns in northern Mali the year before.

The mission now has about 12,000 troops in Mali and an additional 2,000 police and other officers. More than 270 peacekeepers have died in Mali, making it the UN’s deadliest peacekeeping mission, say officials.

Opinion: The Republican Party has a misogyny problem

Independence for Scotland is not an exclusively Scottish issue

This week, Travis Barker was hospitalized as his family quietly asked for prayers. Even after Travis’ diagnosis was revealed, he