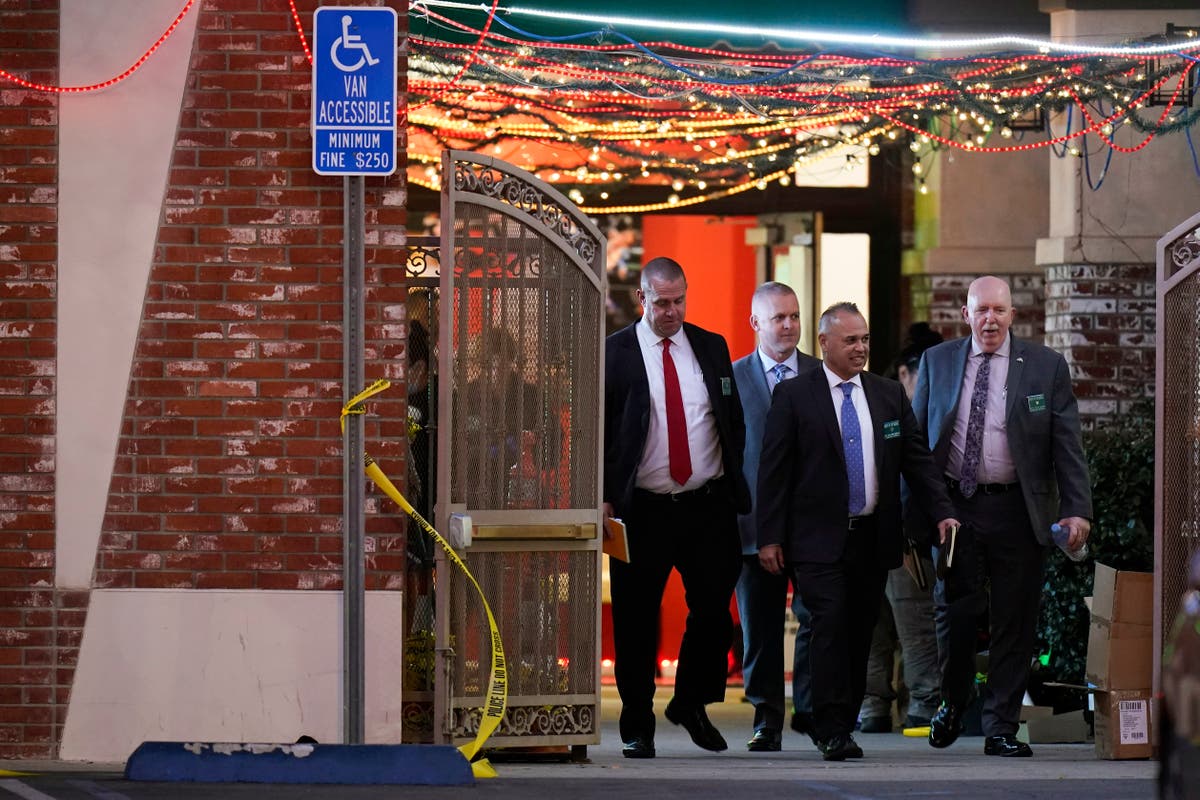 Tran had also made allegations of fraud and theft, apart from claiming that his family in the Los Angeles area had tried to poison him some 10-20 years ago. Mr Reyes said Tran claimed he would bring documentation to support his allegations, but never returned.

Investigators said Tran was also previously arrested for illegally owning a firearm, had a rifle at home, hundreds of rounds of ammunition and appeared to be manufacturing gun silencers, reported the Associated Press.

The 72-year-old gunman killed 11 people and wounded nine others in a shooting at a dance studio in Monterey Park, California, on Saturday.

After the shooting at the Star Ballroom Dance Studio, where the city’s large Asian American community was celebrating Lunar New Year weekend, he drove to another nearby dance hall, the Lai Lai Ballroom and Studio in Alhambra.

It was here that a man identified as 26-year-old Brandon Tsay – whose family runs the establishment – wrested a modified 9mm submachine gun-style semi-automatic weapon away from him, Los Angeles County Sheriff Robert Luna said.

Tran was later pronounced dead after he died by suicide in his van as law enforcement surrounded the vehicle. A handgun was recovered from the van, which matched descriptions of the vehicle he used to get away from the dance studio, said reports.

Police also believe that the shooting may have been triggered by previous interactions the gunman had with people at the two dance studios that he targeted. They are also investigating whether jealousy over a relationship was the motive behind the shooting.

Mr Luna, however, said on Monday that the police were “hearing those things too but have not confirmed any of that information. It’s part of what our investigators are diligently looking into”.

Law enforcement sources cited by the Los Angeles Times believe Tran was battling emotional problems that got worse weeks before the shooting.

California governor Gavin Newsom visited Mr Tsay, who wrestled the weapon from Tran at the Alhambra ballroom on Monday.

“This remarkable young man who without any hesitation – though with moments of fear – took it upon himself to save countless lives,” Mr Newsom said. “Who knows how many lives he saved.”

Los Angeles County supervisor Janice Hahn said the Monterey Park dance hall shooting was the worst mass shooting in the county’s history. All except one of the dead were 60 or older, according to information released on Monday by the Los Angeles coroner’s office.

Tran is the second-oldest mass killer in the US over the last two decades, according to a database compiled by the Associated Press, USA Today and Northeastern University.

The only mass killer older than him was a 73-year-old man who murdered five people in Yuma County Arizona in 2011 before dying by suicide.

If you are experiencing feelings of distress, or are struggling to cope, you can speak to the Samaritans, in confidence, on 116 123 (UK and ROI), email jo@samaritans.org, or visit the Samaritans website to find details of your nearest branch.

If you are based in the USA, and you or someone you know needs mental health assistance right now, call the National Suicide Prevention Helpline on 1-800-273-TALK (8255). This is a free, confidential crisis hotline that is available to everyone 24 hours a day, seven days a week.

If you are in another country, you can go to www.befrienders.org to find a helpline near you.

Emergency response teams have been deployed in Alabama. A tornado was just seen in Atlanta close to Hartsfield-Jackson International Airport.