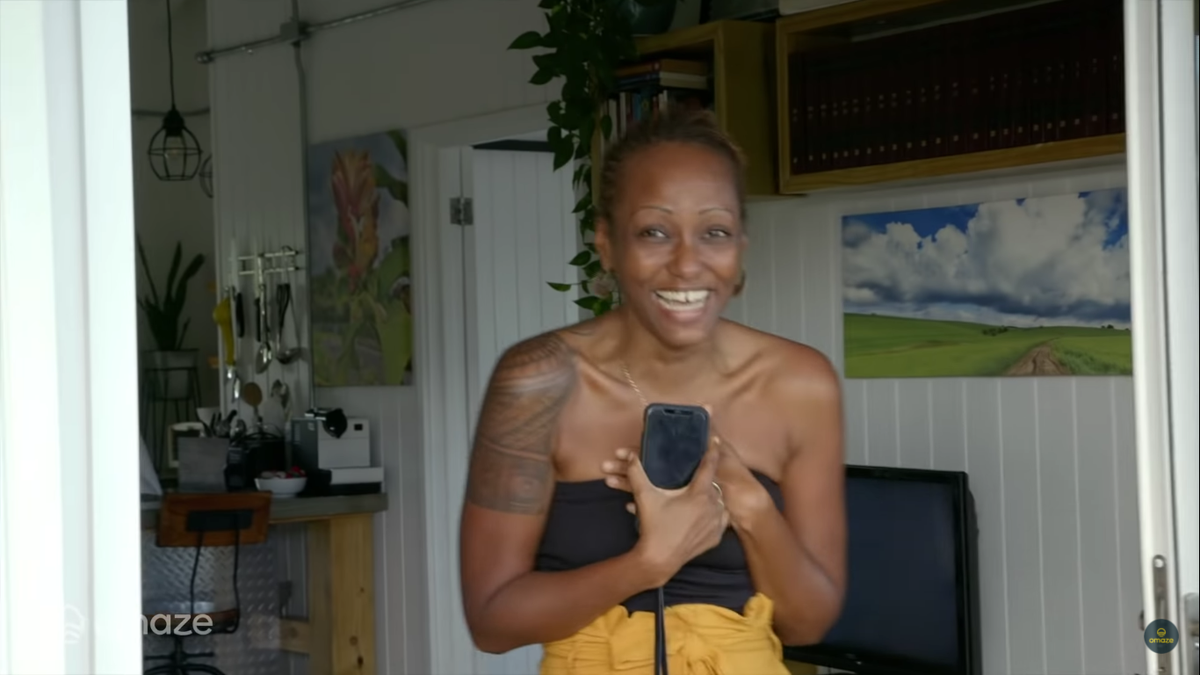 A mother in Antigua and Barbuda burst with joy when she found out that she won two tickets for a once-in-a-lifetime commercial trip to space.

Virgin Galactic founder Richard Branson surprised health coach Keisha Schahaff, 44, with the two tickets worth $1m (about £750,000) earlier this month at her home in Antigua. She plans to take the trip with her 17-year-old daughter, an astrophysics student living in Britain who wants to work for Nasa in future.

“I’ve always had a lifelong love of flying and a fascination with space, and this is truly a dream come true for me,” Ms Schahaff said. “It means the world to me that I’m sharing this experience with my daughter and am hopeful that together we can inspire the next generation to follow their dreams.”

She won the sweepstakes organised in July by Virgin Galactic on the Omaze platform, an American for-profit fundraising company. To enter the sweepstakes, people had to make donations to non-government group Space for Humanity which is sponsoring a “citizen astronaut” programme.

The fundraiser received $1.7m in donations from 164,338 people across the world. It is not yet clear how much Ms Schahaff donated.

Virgin Galactic, which Mr Branson founded in 2004, announced its plan to raffle the two seats on 11 July, the same day Mr Branson achieved his dream of spaceflight, and traveled 86km above the Earth’s surface with his entourage.

In the process, he also beat rival Jeff Bezos, after moving up his flight date to get ahead of the Amazon founder and his Blue Origin rocket, which flew later that month.

“Being able to give people of all ages and backgrounds equal access to space, and in turn, the opportunity to lead and inspire others back on Earth, is what Virgin Galactic has been building towards for the past two decades,” Mr Branson said in a press release.

“It was remarkable to be there for the beginning of Keisha’s journey to space; she is an extraordinary person who is already inspiring people with the work she does to support women in her home of Antigua and Barbuda.”

Ms Schahaff will be one of the first of Virgin Galactic’s space tourists. However, her place in the line is yet to be determined, a company spokesperson said, as the company has already sold some 700 space tickets.

The company aims to sell 1,000 tickets before the launch of commercial flights. The first flight is expected to take off in late 2022.