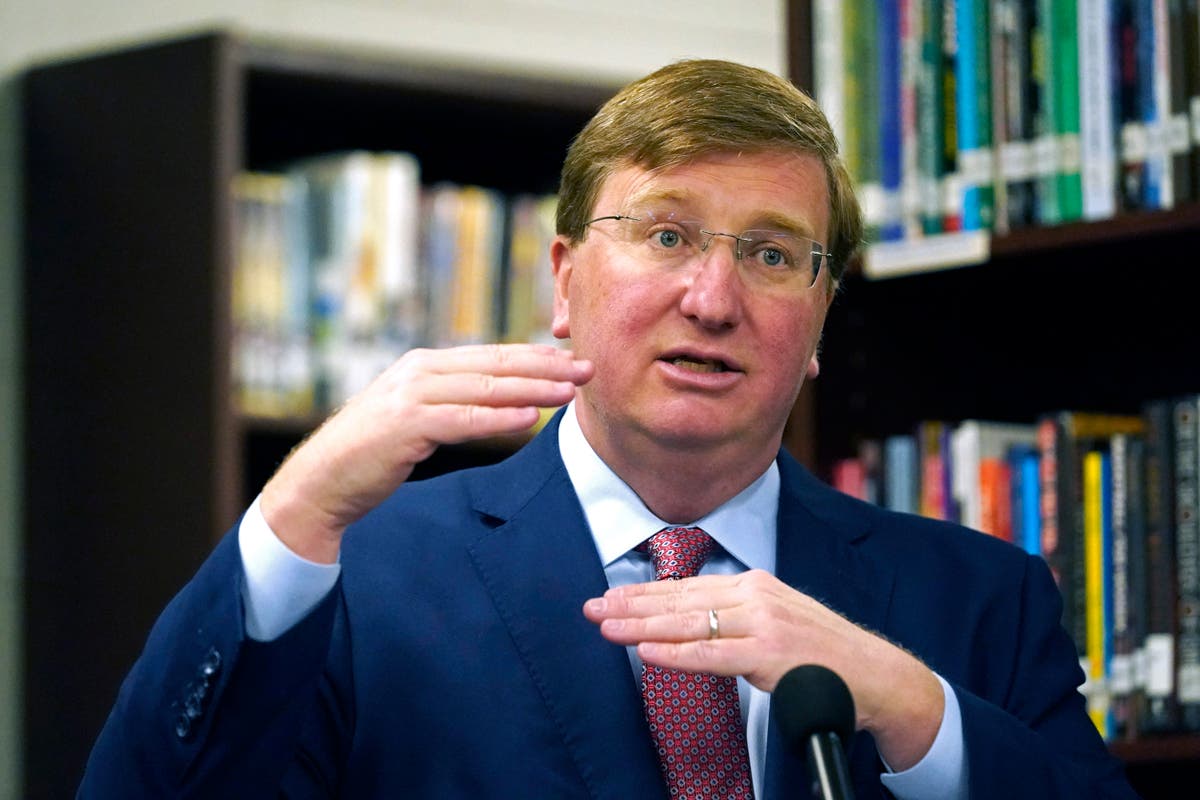 Mississippi governor Tate Reeves has defended a state law that forces women and girls impregnated through incest to carry their babies to term.

“Why is it acceptable in your state to force girls who are victims of incest to carry those children to term?” Mr Reeves was asked in an interview with CNN’s Jake Tapper on Sunday.

The governor answered by saying Mississippi had “a trigger law in place” that was passed in 2007, something that would come into effect if the Roe v Wade ruling gets overturned by the US Supreme Court.

When Tapper asked the governor to “explain why” there are no exceptions in Mississippi’s “trigger law” for incest survivors, the Republican governor replied: “Well, that’s gonna be the law because in 2007 the Mississippi legislature passed it.”

The governer further defended the law by saying that “when you look at the number of [abortions] that actually involve incest, it’s less than 1 per cent”.

“Let me ask you, what about a foetus that has serious or fatal abnormalities that will not allow that foetus to live outside the womb? Is the state of Mississippi going to force those girls and women who have this tragedy inside them to carry the child to term? Are you going to force them to do that?”

Mr Reeves tried to evade the question by saying it was only a “very small” per cent of abortions that would be affected by the lack of exceptions.

“Mississippi, as you know, has the highest rate of infant mortality in the United States,” Tapper said.

“You have the highest rate of child poverty in the United States. Your state has no guaranteed maternity leave that’s paid. The legislature in Mississippi just rejected extending postpartum Medicaid coverage. Your foster care system is also the subject of a long-running federal lawsuit over its failure to protect children from abuse.”

“You say you want to do more to support mothers and children. But you have been in state government since 2004. You were the state treasurer. Then you were the lieutenant governor. Now you’re the governor, Based on the track record of the state of Mississippi, why should any of these girls or moms believe you?” Tapper asked.

The governor admitted his state has “a long history of poor health outcomes” and promised he is “focusing every day on fixing the challenges that are before us”.

Senator Kirsten Gillibrand from New York later termed the governor’s responses as “quite paternalistic towards women”.

“It’s outrageous that this governor and governors and legislatures across America are going to take this draft opinion, when it is final, and deny women these fundamental life-and-death decisions about their future and about their families,” she added.