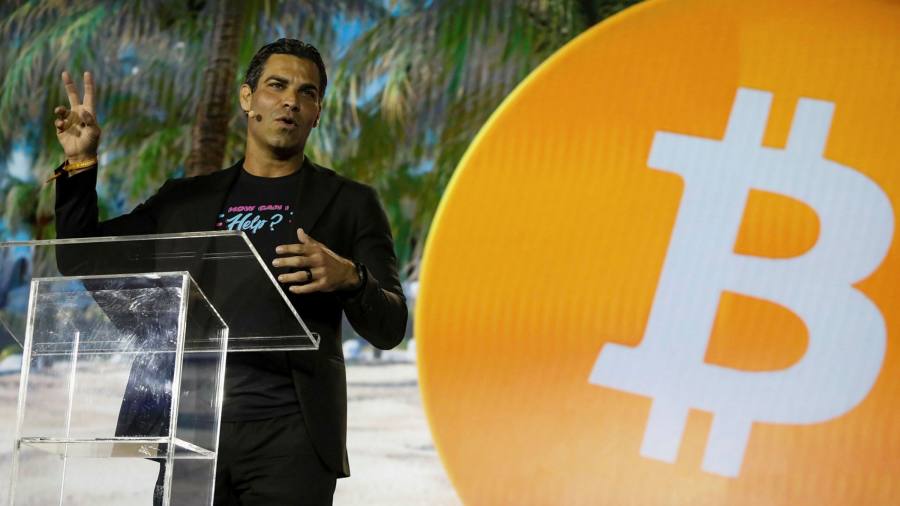 The writer is an FT contributing editor

And it’s not a terrible idea to denominate your salary in an appreciating asset, or at least convert it as soon as you can. When I’m done writing, for example, I plan to ask my editor to pay me in real estate.

What Suarez and Adams are actually doing is announcing their bona fides to crypto developers and investors. This week crypto.com, a trading platform, agreed to pay $700m for the naming rights to the arena where the Los Angeles Lakers play basketball. This could mark the height of a bubble or the beginning of the next industrial revolution, but any mayor would be foolish not to invite in a potential tax base while we all wait to see what happens next.

Behind Suarez’s announcement, however, is also a craftier set of actions designed to anchor cryptocurrencies more into Miami’s balance sheet. These include an alliance with the creators of a cryptocurrency called MiamiCoin. There is a long history of city-states producing their own money. But in the past that production came with monetary sovereignty — the ability to control quality and volume. Miami is launching a novel experiment: it is lending its name to a money it doesn’t control.

A financial centre isn’t just a place with a lot of capital. Finance is a set of tools. If you want them to work at all, you need to put a lot of people in the same place who know how to use them. Fernand Braudel, who wrote vast economic histories of medieval Europe, described financial skills as an “inheritance”, slowly accumulated through daily commercial practice.

In the 13th century, Leonardo Fibonacci brought Arabic numerals and the abacus to Pisa. By the end of that century, northern Italian merchants — probably in Florence — had developed double-entry bookkeeping. It spread in part through the publication in 1494 of Summa de Arithmetica, a text by Luca Pacioli, a Venetian. The city-states of Italy didn’t invent credit money. But they made it more efficient — easier to use and easier to create. This increase in efficiency didn’t happen by accident, though. The historian Peter Spufford recorded how Lay teachers appeared in Florence and Venice to encourage literacy and numeracy. The city of Lucca hired an abbachista, a teacher of commercial accounting, specifically to help the city’s commercial houses.

In Miami, Suarez’s signalling is basic economic development. If you think crypto is the future of finance, you want to make sure you invite Fibonaccis and Paciolis to your city. Miami is looking into allowing city employees to take their salaries in bitcoin and Suarez has said he would like it to be able to collect taxes in bitcoin as well. This is all still an economic development plan — trying to encourage the use of crypto, in the hope of attracting more crypto abbachistas.

The city does have the beginnings of its own monetary policy as well, though one where Renaissance Italy provides less of a model. In August, miners began producing MiamiCoin, currently trading as MIA. The miners are not tied to the city in any way. MIA sits on Stacks, a blockchain or an electronic ledger of transactions. Stacks uses bitcoin as a settlement and reserve asset — in the same way that commercial banks use reserves held at the US Fed. The miners producing MIA have offered the City of Miami a 30 per cent share in their profits.

In September, Miami’s city commissioners voted to accept that share, last week valued at $21m. This is a kind of seigniorage — the profit from manufacturing money. The city gets monetary profit, but no monetary control. This is a departure.

Bitcoin advocates like to point out that the Italian city-states produced high-value gold florins and ducats — hard money, just like bitcoin. That is only partly true. The gold was for long-distance trade, but Venice and Florence also maintained a supply of silver coins for smaller transactions at home. Over time, they made those coins smaller, to keep prices steady as their own economies expanded. The Italian merchant cities weren’t hard-money fetishists. They held on to their own monetary sovereignty, carefully lowering the value of their own domestic currencies over time because they were growth fetishists.

Cryptocurrency is, at its heart, a bet that the production of money should be purely a private matter. The challenge with this idea is that, historically, different groups of people need different things out of monetary policy. Hard money and tight credit are good for some people. Soft money and loose credit are good for others. When countries — and cities — claim monetary sovereignty, they’re mediating between different interests. This is the basic work of any state.

If MiamiCoin grows, and contracts denominated in the coin become a part of daily life in the city, eventually the City of Miami will have to decide whether it needs to claim not just a share of the profits from MIA, but some measure of control, as well.

Spain expected to pass biggest budget in its history