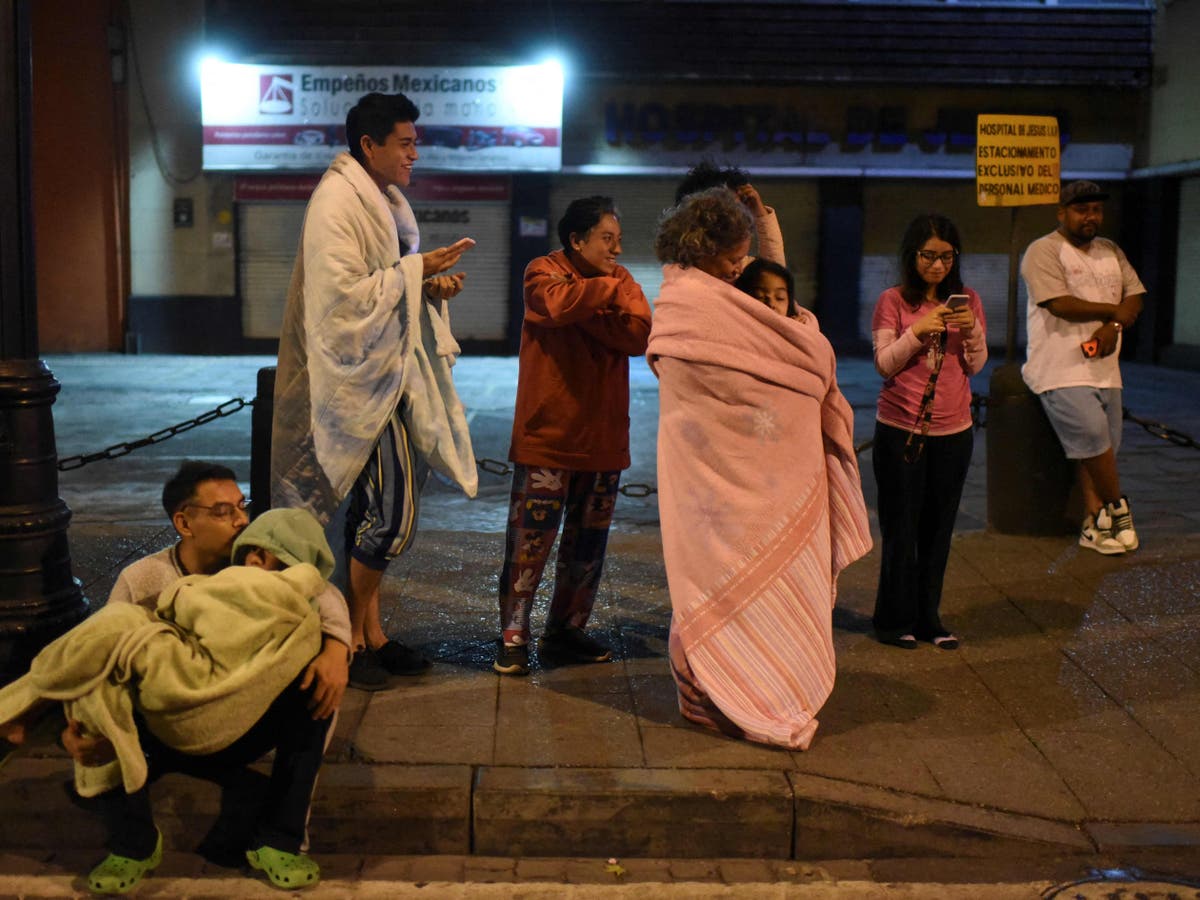 At least two people have been killed in Mexico after a 6.8 magnitude tremor rattled the country overnight, terrifying residents of central and western areas and the capital, Mexico City.

In a series of updates overnight, Mexico President Andres Manuel Lopez Obrador said the tremor was an aftershock from Monday’s 7.6 magnitude earthquake, which reportedly took the lives of two people.

Mr Obrador said “Unfortunately, two people lost their lives in Mexico City, according to the report by Claudia Sheinbaum, head of government,” in the latest earthquake and that there were no fatalities in the states of Colima, Jalisco and Guerrero. where the quake was also felt.

Residents of the western state of Michoacan were woken at about 1am on Wednesday night by the 6.8 magnitude tremor, which had a depth of about 15 miles (24.1km) below the surface and was centred in the town of Aguililla, according to the US Geological Survey.

At least one of the two deaths in Mexico City were the result of a woman falling down the stairs of her home in panic, Mr Obrador said.

Other residents of Mexico City were pictured huddled on the streets in the early hours of the morning, despite the epicentre of the 6.8 magnitude earthquake being more than 242 miles (390km) west of the capital in Anguililla, Michoacan.

On Thursday morning, the Michoacan state government said the quake had been felt throughout the state, with damage reported to a building in the city of Uruapan and some landslides reported on the highway that connects Michoacan and Guerrero with the coast, according to the Associated Press.