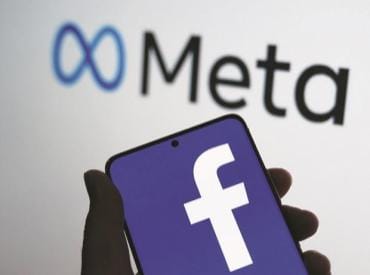 Shares of Facebook parent Meta Platforms surged as much as 19 per cent on Thursday after the company reported its main platform added more users than projected in the first quarter, easing concerns that the company is losing momentum as a new generation flocks to younger sites like TikTok.

Meta on Wednesday reported 1.96 billion daily users for its flagship platform, a return to growth after the first-ever decline in the December quarter. Analysts had estimated 1.94 billion.

Revenue for the period jumped 6.6 per cent to $27.9 billion, clocking in the slowest growth in a decade, and would have been higher if not for the war in Ukraine, the firm said. The stock had dropped almost 50 per cent this year as investors became increasingly worried that Meta’s main business and profit engine advertising in its social media feeds was losing steam.

Those concerns appear to have been put to rest — at least for now — given Facebook added 31 million new daily active users in the recent quarter. Still, many of Meta’s challenges remain. Chief Executive Officer Mark Zuckerberg has acknowledged that video-sharing app TikTok, is providing serious competition for young users’ attention.

A prolonged slowdown would make it tougher for the company to justify Zuckerberg’s expensive, virtual-reality-fuelled vision of the metaverse, a business that won’t bring in profit for years — if ever.

On an analyst call Wednesday, Zuckerberg reiterated that it will be years before Meta’s Reality Labs unit, which is building AR and VR technology, will contribute meaningfully to its business. Meanwhile, the company has said its spending billions and hiring thousands of workers to develop the platform, which Zuckerberg sees as the next major computing shift, into a fully immersive digital environment where users will interact virtually while they work, shop and play games. 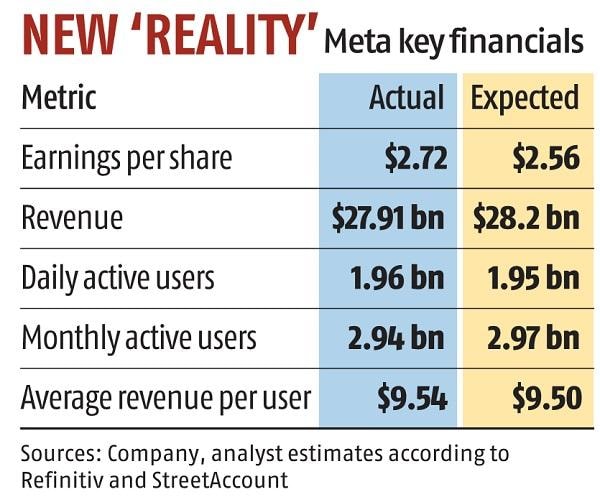