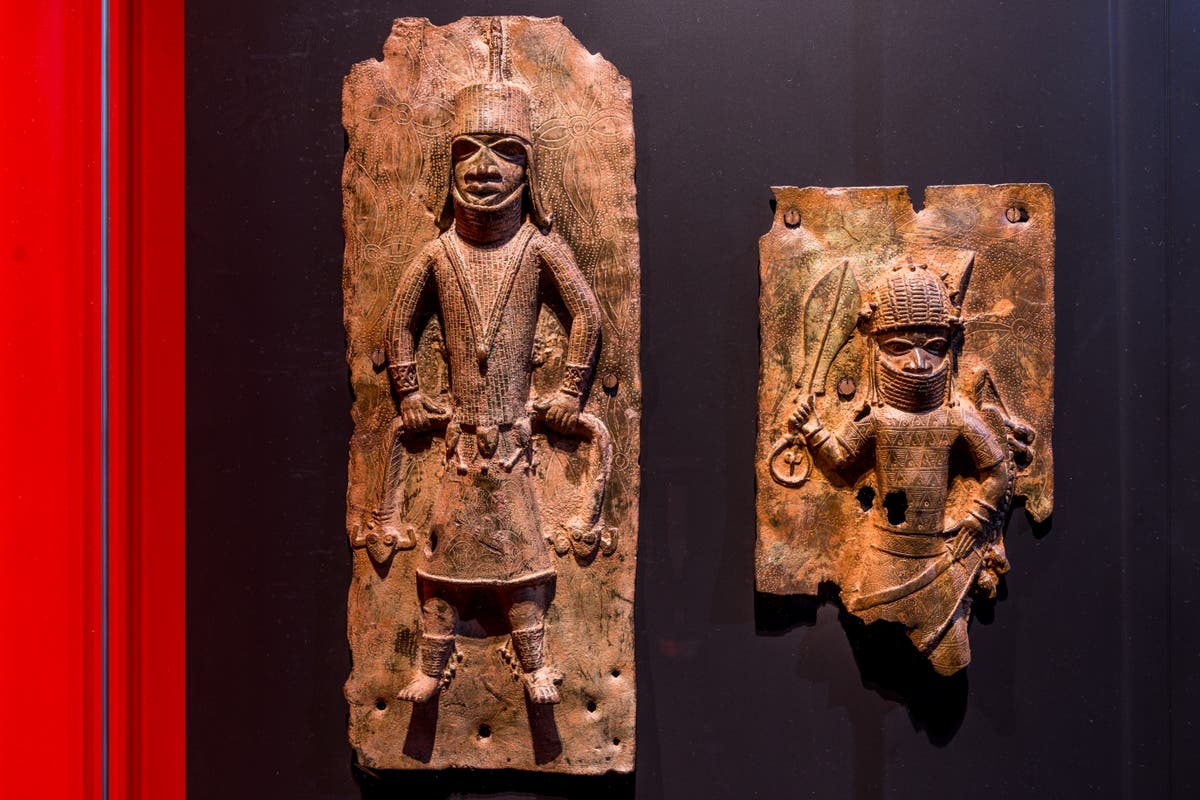 The Metropolitan Museum of Art announced on Wednesday that it is returning bronze sculptures and castings from West Africa — which were part of its Benin Bronzes collection — to their original home in Nigeria.

The three artefacts include two 16th century brass plaques created at the Court of Benin and a brass head produced in the city of Ife around the 14th century.

The Kingdom of Benin is now part of southern Nigeria due to the shifting of borders over the years.

“The Met is pleased to have initiated the return of these works and is committed to transparency and the responsible collecting of cultural property,” the Met Museum said in a statement.

A collector, whose identity is unknown, donated the works — and his other Benin bronzes — to the Met in 1991. Over the past year, the Met said that it has researched their provenance in collaboration with the Nigerian National Commission for Museums and Monuments. They finally decided to return the works to Nigeria.

The Ife Head, originally from Nigeria’s Wunmonije Compound, was offered to the Met for sale.

In the statement, Met said: “The… plaques produced at the Court of Benin, Warrior Chief and Junior Court Official, were among the works removed from the Royal Palace in 1897 during the British military occupation of Benin.”

“Following that military campaign, they entered the collection of the British Museum, London, from 1898 to 1950.”

“In 1950–51, the British Museum transferred these two plaques (and 24 others) to the National Museum in Lagos. Although they were never deaccessioned by the National Museum, the two plaques entered the international art market at an unknown date and under unclear circumstances and were eventually acquired by a New York collector,” the statement said.

Meanwhile, Nigerians are celebrating this announcement. Alhaji Lai Mohammed, Nigeria’s Minister of Information and Culture, said: “We welcome the rapprochement developing in the museum world, and appreciate the sense of justice displayed by The Metropolitan Museum of Art.”

He added, as part of the Met’s statement: “Nigeria enjoins other museums to take a cue from this. The art world can be a better place if every possessor of cultural artefacts considers the rights and feelings of the dispossessed.”

The New York Times reported that the artefacts will likely be displayed in the planned Edo Museum of West African Art in Benin City, which is being designed by the architect David Adjaye. The museum aims to open in 2025, though, it said that the timeline has been pushed back several times.