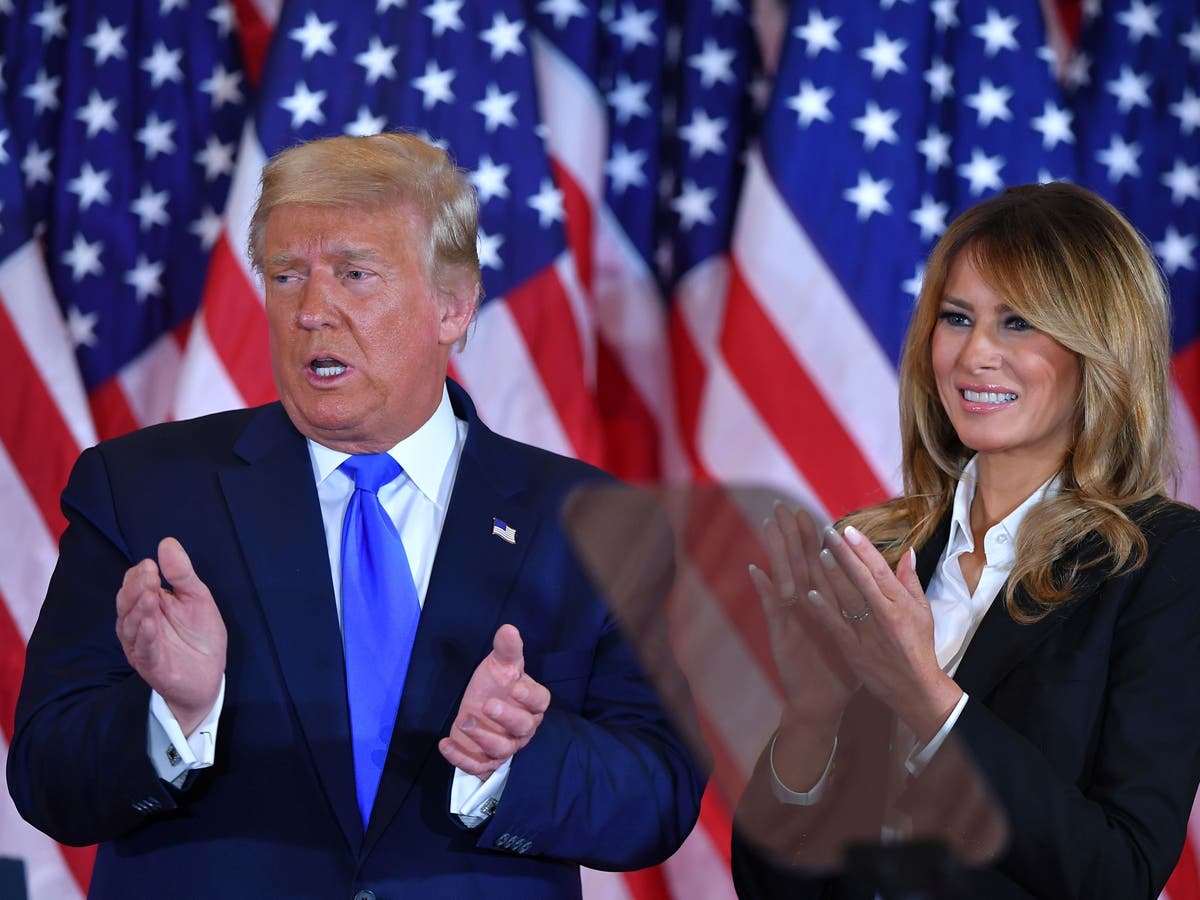 Melania Trump reportedly went to bed before hearing the results of the 2020 election, her former chief of staff Stephanie Grisham has claimed in an upcoming book.

Ms Grisham, who also served as White House press secretary for former US president Donald Trump before working for the former first lady, reportedly says in her tell-all book about the Trump White House that she found Ms Trump asleep in the middle of election night.

According to Politico, who obtained a copy of Ms Grisham’s upcoming title “I’ll Take Your Questions Now: What I Saw in the Trump White House”, Mr Trump was watching the 2020 results coverage with his aides while his wife was asleep.

Ms Grisham writes that she “knocked a few times, quietly at first but louder at each attempt”, as the results were announced throughout election night.

She “finally opened the bedroom door only to find that Melania Trump was sound asleep”, it was reported.

Both Ms Trump and Ms Grisham had been in Florida the day before, according to Politico, and had stayed at Mar-a-Lago so Mr and Ms Trump could cast their ballots in Florida. The group then returned to Washington DC for election night.

Ms Grisham was apparently still surprised that Ms Trump went to bed, before finally waking up and appearing on stage with her husband at 2.30am. During that speech, Mr Trump alleged that the 2020 election was fraudulent, and also that he was ahead of Joe Biden, his Democratic opponent.

“I knew by now how much sleep meant to her, but still, I couldn’t imagine being asleep at a time like that,” Ms Grisham reportedly wrote. “Maybe she thought that someone would wake her up if Trump won.”

According to reports, Ms Grisham also alleges in her tell-all book that her boss refused to denounce rioting outside the Capitol before it was assaulted. She resigned from Ms Trump’s office in the aftermath of 6 January,

Ms Trump, who appeared reluctant to appear in public during her husband’s presidency, has disputed that account and accused Ms Grisham of trying “to redeem herself after a poor performance as press secretary, failed personal relationships, and unprofessional behaviour in the White House”.

The Independent has approached Ms Trump’s office for further comment.

Child Covid-19 cases in US have risen 240% since July, doctors say

Trump aides seek to build opposition to Afghan refugees in US