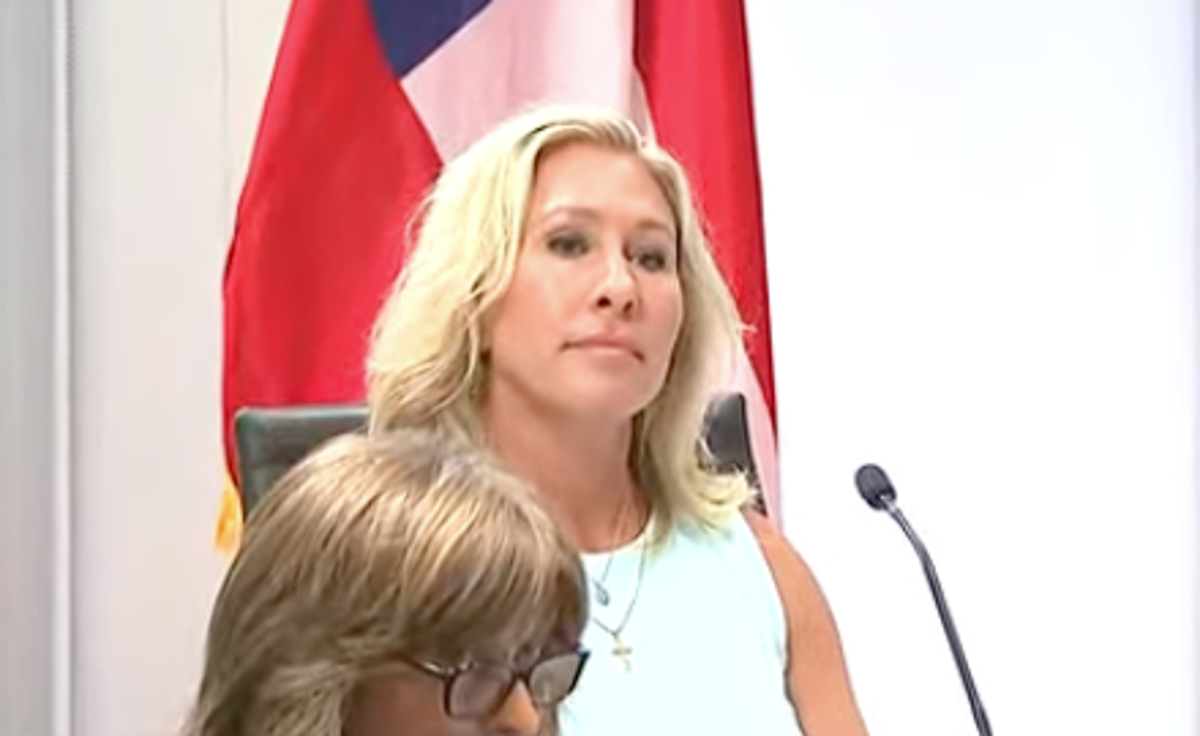 Republican Congresswoman Marjorie Taylor Greene lashed out at the Catholic Church after an affiliated organisation accused her of slandering the faith.

Ms Greene’s fight with the Catholic Church began last week after she told the far-right religious organisation the Church Militant that Catholics who help settle undocumented migrants and refugees are evidence of “Satan controlling the church.”

“The church is not doing its job, and it’s not adhering to the teachings of Christ,” she claimed, apparently forgetting the parable of the Good Samaritan.

She said the US was so sinful that she was surprised God “hasn’t destroyed us.”

Bill Donohue, the president of the Catholic League for Religious and Civil Rights, issued a statement on Wednesday condemning her. He demanded an apology, saying she “slandered the entire Catholic Church.”

“Satan is controlling the Catholic Church? She needs to apologize to Catholics immediately. She is a disgrace,” he said.

Ms Greene responded with another statement, this time accusing the Catholic Church of being filled with paedophiles and monsters.

She claimed that despite Mr Donohue’s claims that she slandered the church, “nothing could be further from the truth” and called on him to “apologise promptly and publicly for these words.”

The Congresswoman then tried to establish her Catholic bonafides to justify her criticism.

“[Mr Donohue] doesn’t know this, but I am a cradle Catholic. I was born into the church, raised in it and I was married in the Church,” she wrote.

She continues, recounting why she ultimately left the church.

“With great sorrow, and unwavering faith in Jesus Christ, I stopped attending Catholic Mass when I became a mother, because I realised that I could not trust the Church leadership to protect my children from pedophiles, and that they harbored monsters even in their own ranks,” she wrote.

While Ms Greene’s concerns over the long-documented issue of paedophile priests within the church is a justifiable reason to stop participating, that apparently wasn’t enough to convince her that the church was being guided by Satan.

She later claimed that she was not speaking about lay Catholics, but was specifically admonishing the clergy.

“It’s the church leadership I was referring to when I invoked the Devil,” she said. “The bishops know that, but had their loyal lapdog pretend I was being disrespectful about the faith. Just so we’re clear, bishops, when I said ‘controlled by Satan,’ I wasn’t talking about the Catholic Church. I was talking about you.”

She said that she refused “to use kinder, gentler language as Bill Donohue might prefer when I talk about his disgusting and corrupt friends, who have made him rich with donations from ordinary churchgoing Catholics.”