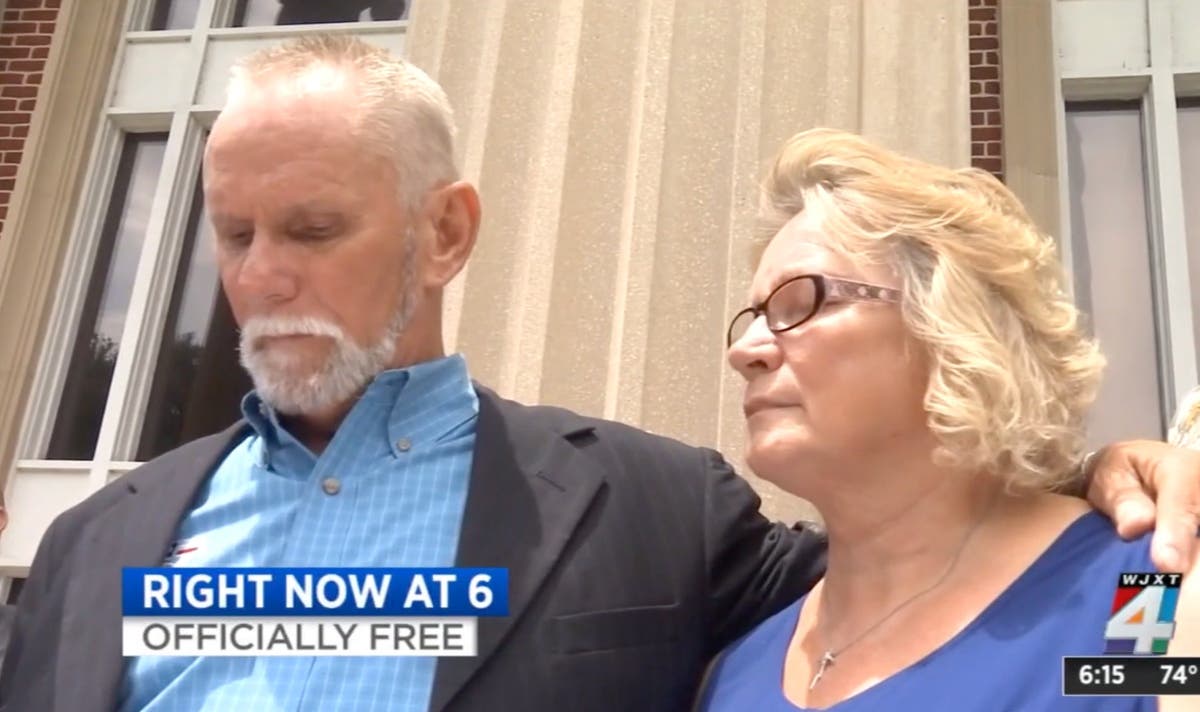 A man who spent two decades behind bars after being convicted of killing a couple outside a church bible study class has been exonerated.

A judge dropped all charges against Dennis Perry after prosecutors announced that newly discovered DNA evidence from a hair sample showed he “may have been acquitted if that evidence had been available” during his 2003 trial.

Mr Perry, 59, received two consecutive life sentences for the 1985 murder of Harold and Thelma Swain in Georgia following his arrest in 2000.

He was convicted largely on the testimony of his ex-girlfriend’s mother, who said Mr Perry had told her he planned to kill Harold Swain.

The state did not reveal to the defence team that the woman had also been paid $12,000 in reward money for her testimony.

His release was secured with the help of the Georgia Innocence Project, whom he thanked for their work to secure his freedom.

“It took a long time, but I never gave up,” said Mr Perry after prosecutors announced he would not be retried.

“I knew that eventually someone else would see the truth, and I’m so grateful to the Georgia Innocence Project and King & Spalding (a law firm) for bringing the truth to light.

“This indictment has been hanging over my head for over 20 years, and it’s such a relief to finally not have to worry about being accused of this awful thing.”

The federal compensation standard for those who are wrongfully convicted is a minimum of $50,000 per year of incarceration, plus an additional amount for each year spent on death row.

The DNA evidence involved two hairs stuck in the hinges of a pair of glasses found at the scene of the killing.

In February 2020 private investigators working for Mr Perry obtained a hair sample from the mother of another suspect in the case, who was never charged.

Officials say that testing found that the DNA of the hairs matched, and the Georgia Bureau of Investigations re-opened the case.

Prosecutors now say that DNA testing on the hairs prior to Mr Perry’s trial did not match him, and he was convicted on circumstantial evidence.