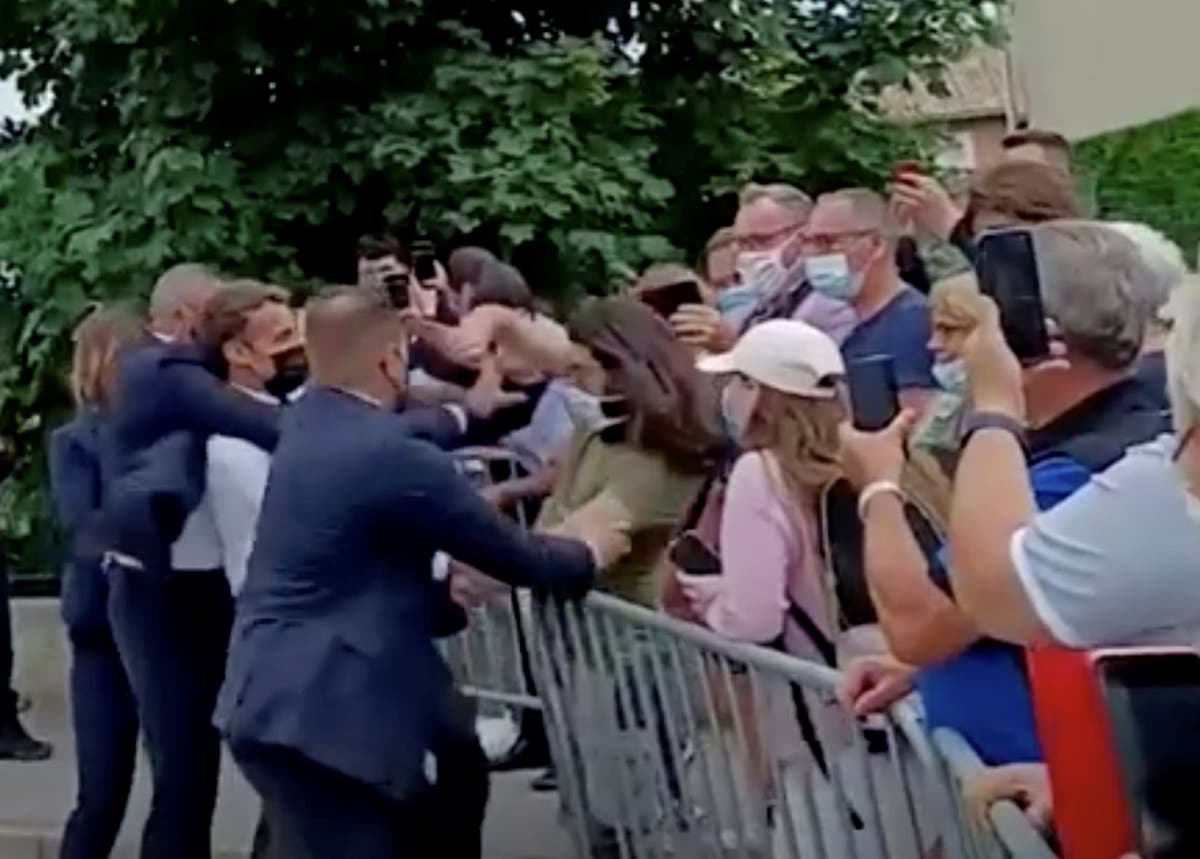 A man who allegedly slapped French President Emmanuel Macron will go before a judge today after having his case fast-tracked.

Damien Tarel, a medieval martial arts enthusiast, admitted to investigators that he struck Mr Macron while the president was on a visit to a professional training college.

But the unemployed 28-year-old told detectives it was not premeditated, prosecutor Alex Perrin said in a statement.

Video footage went viral on social media of Tarel being quickly arrested after the swipe on Tuesday that caught the French president in the face. He is due in court this afternoon in court in Valence, located in the Rhone Valley.

The charge of violence against a person invested with public authority is punishable by up to 3 years imprisonment and a fine of 45,000 euros (£38,858)

Tarel said during interrogation that he had been close to the anti-government “yellow vest” protest movement and held far-right wing political beliefs, but was not a member of any political party.

Mr Perrin added: “He maintained that he acted out of impulse and ‘without thinking’ to express his discontent.”

Mr Macron later described the assault as an isolated incident and said violence and hate were a threat to democracy.

Friends of Tarel described a man who loved period role-play and was not a trouble-maker. Tarel was arrested along with a second man from his hometown of Saint-Vallier.

Police found weapons, a copy of Adolf Hitler’s autobiographical manifesto Mein Kampf and a red flag with golden sickle and mortar that is the international symbol of the communist movement in the second man’s home, Perrin said.

The second man will not face any charges related to the slapping but will be prosecuted for illegal possession of arms in 2022.

JetTrain: The high-speed dream that never took off