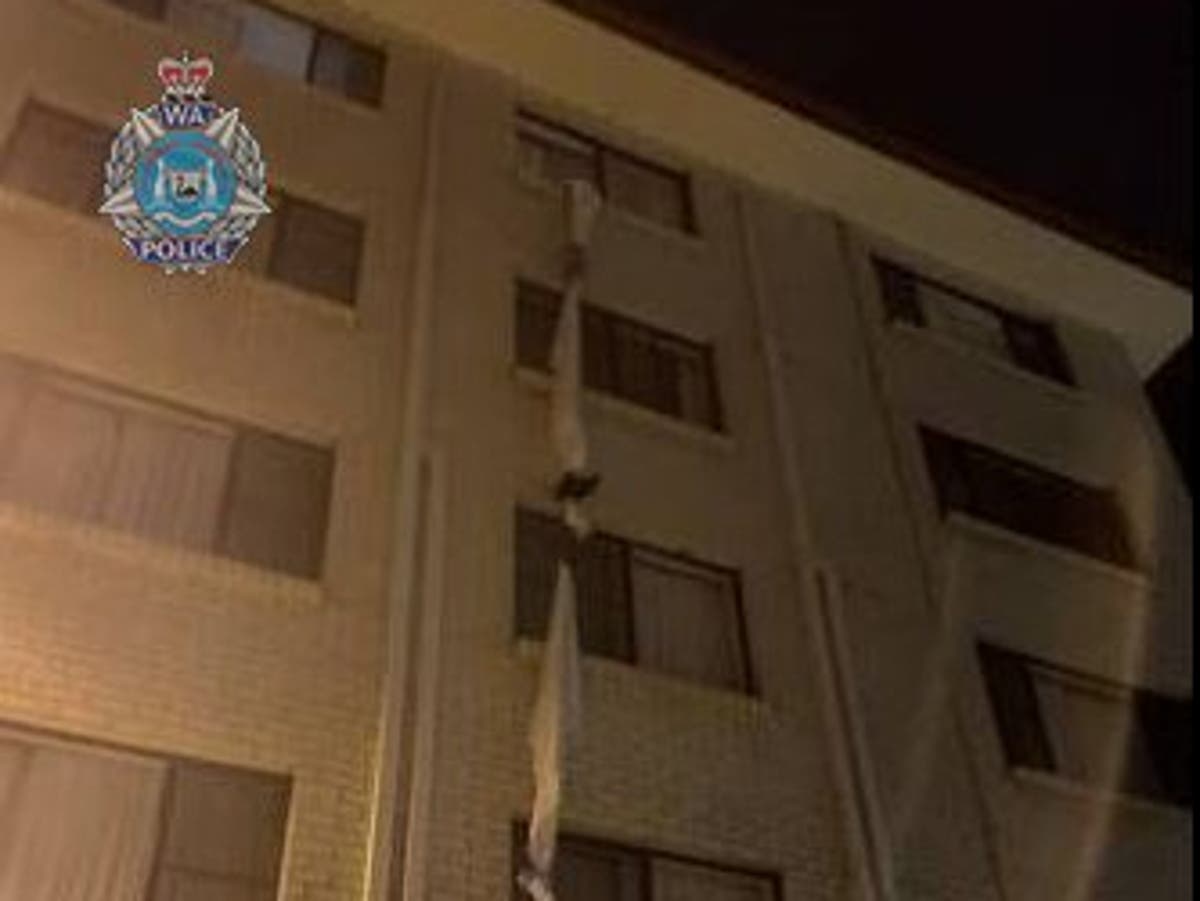 A man has been arrested after escaping coronavirus quarantine by tying bedsheets together and climbing from a fourth-floor window.

Police said the 39-year-old was spending time in mandatory quarantine in a hotel in Perth, Australia, when he made the getaway.

Officers said the man had flown to Perth from Brisbane, but was refused entry due to tough border controls aimed at limiting the spread of Covid-19.

He was told to leave the West Coast state within 48 hours and taken to a hotel for temporary quarantine.

But just before 1am local time on Tuesday, he made his escape.

“He climbed out a window of the fourth floor room using a rope made of bed sheets and fled the area,” Western Australia Police said.

Officers posted images of the makeshift rope hanging from a window on the brick building’s top floor down to the street.

The man was arrested in Perth about eight hours later and charged with failing to comply with a direction, and providing false or misleading information.

The escape artist was due to appear at Perth Magistrates’ Court in connection with the incident.

Australia has imposed mandatory hotel quarantine for anyone arriving from abroad or – during outbreaks – another state.

The policy has led to a series of dramatic escape attempts, including a woman accused this month of climbing down two balconies and kicking in a door to evade quarantine in Cairns, a city in Queensland.

US charges Trump ally with undisclosed lobbying for UAE