ITALY’S most wanted mafia boss who was captured this week is “seriously ill and deteriorating fast,” doctors have claimed.

Matteo Messina Denaro, 60, nicknamed “The Devil”, was seized by cops in Sicily on Tuesday while receiving treatment for cancer.

Denaro, a convicted killer who once bragged he had murdered enough people “to fill a cemetery”, had been on the run for 30 years.

But he was finally arrested this week after being forced to seek treatment for aggressive cancer, according to doctors.

“He is seriously ill. The disease has accelerated in recent months,” Vittorio Gebbia, head of the oncology department at the Maddalena clinic in Palermo, Sicily, where Denaro was captured, told Italian newspaper La Repubblica. 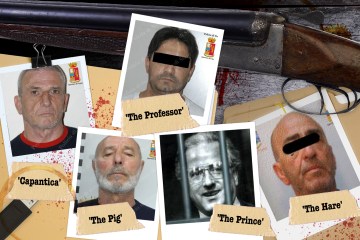 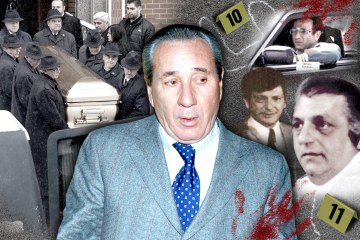 The former reported head of the feared Sicilian mafia, the Cosa Nostra, underwent surgery for colon cancer in 2020 and 2022 under a false name, according to medical records leaked to the Italian media.

Cops discovered through wiretapping his relatives’ phones that the ageing don was ill.

They then searched Italy for possible suspects with cancer who were the right age and gender to snare Denaro.

Law enforcement officers then checked with Gebbia to find out whether Denaro needed urgent treatment.

“The police asked me if it mattered if the chemotherapy cycle he was set to receive was delayed by a few days, and I signed off on it because such a small delay will have no effect,” Gebbia said.

After his arrest, Denaro was quickly moved to the high-security prison in L’Aquila, central Italy, where he is being held in solitary confinement.

He was expected to be taken for chemotherapy at L’Aquila’s San Salvatore hospital, which has a special unit for treating high-risk prisoners, according to reports in Corriere della Sera.

Denaro, whose sick list of crimes includes the dissolving of a 13-year-old boy in acid, was living just miles from his home town in western Sicily.

He is thought to have enjoyed the protection of certain key local figures for some time while in hiding.

Experts say it isn’t unusual for mafia bosses to remain close to their powerbase after going on the run.

Italian journalist Attilio Bolzoni, a specialist on the country’s criminal underworld, told AFP: “Going to state prison means failure for a mafioso. The mafioso wants to die in his own bed, not behind bars.”

Denaro was arrested at a private clinic in Palermo, Sicily’s largest city and the centre of power for the Cosa Nostra.

Astonishing video shows crowds applauding and cheering the Carabinieri police in the streets of Palermo following the arrest of Italy’s top mafia boss after three decades on the run.

Italy’s most wanted crime boss successfully evaded capture for 30 years after going on the run following a brutal campaign of terror he spearheaded across the country.

Such was his cold, calculated cruelty that he dissolved the 12-year-old son of a mafia informant in acid, and once bragged that he had “killed enough people to fill a small cemetery”.

The Cosa Nostra, Italian for “Our Thing”, was once the most powerful of Italy’s mafia organisations, with a criminal empire that stretched across the Atlantic to America.

After launching a violent war against the Italian state in the 1980s, they even declared a vendetta against Pope John Paul II after the head of the Catholic Church denounced them.

But over the past 30 years, Denaro’s power base has slowly shrunk, as Italian cops and authorities have pushed back against the rule of the mob.

Now, with the last big mafia boss captured, an expert has claimed this could finally spell the end for the Cosa Nostra as we know it.

Speaking to The Sun Online, John Dickie, Professor of Italian at UCL and author of the book “Cosa Nostra: A History of the Sicilian Mafia” explained why Denaro’s capture is so significant.

He said: “Denaro’s arrest has historical importance. He is the last man standing of a generation of mafia bosses who became known as the pro-massacre wing of Cosa Nostra.

“They mounted a full-out attack on the Italian state in the 1980s, murdering judges, police, journalists, politicians, ordinary citizens, and anyone who stood in their way.”

US will send dozens of Abrams tanks to Ukraine, Biden announces