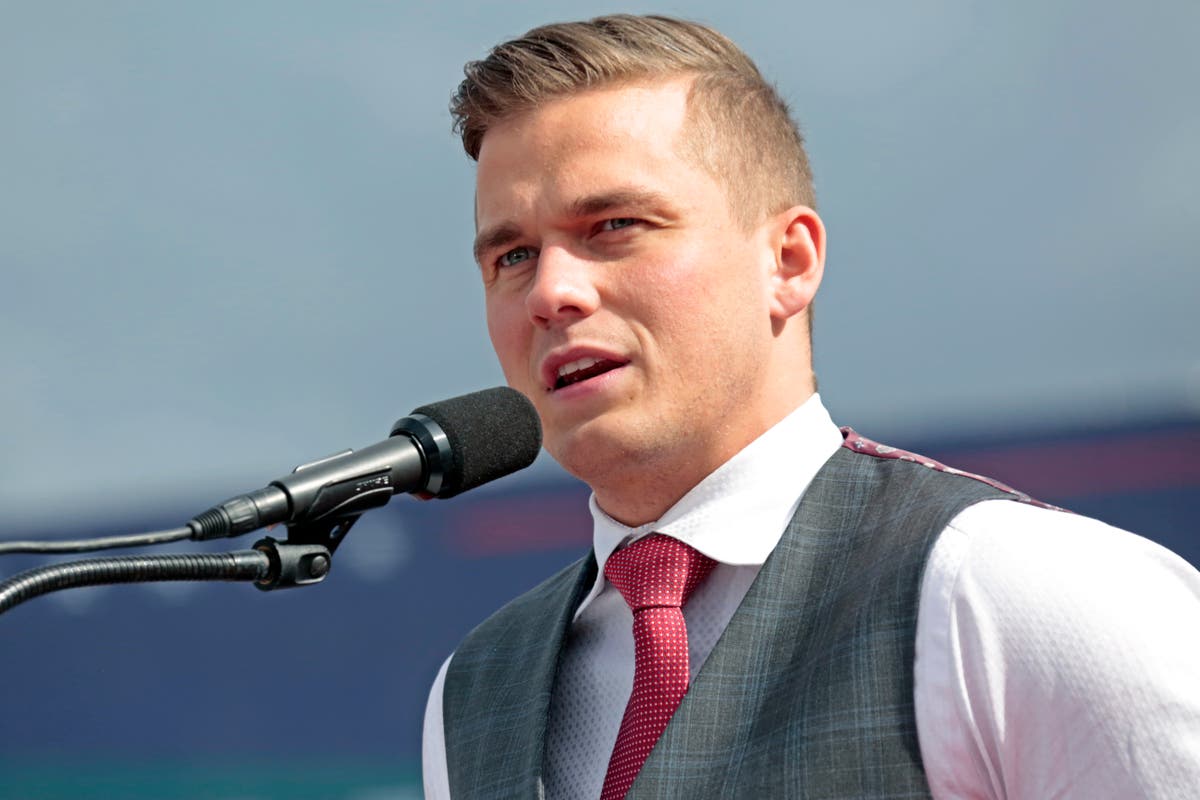 Republican Congressman Madison Cawthorn is swinging back after spending a week as a punching bag in the press.

Mr Cawthorn has been the subject of several recent salacious stories, including airport security finding a gun in his bag for a second time, his second traffic stop while driving without a license, images of him partying in women’s lingerie and with another man touching his crotch.

Now, Mr Cawthorn is claiming that “RINOs” – Republicans in Name Only – are engaged in a coordinated smear campaign to hurt his re-election chances.

“We see through it, RINOs,” Mr Cawthorn wrote on Twitter, sharing an image of an Epoch Times story detailing his claims of a “drip campaign.”

“They’re going to drop an attack article every one or two days just to try and kill us with a death by 1,000 cuts, and that is really their main strategy,” Mr Cawthorn said in a 26 April statement on Instagram.

“The sexual perversion that goes on in Washington … being kind of a young guy in Washington, where the average age is probably 60 or 70 – [you] look at all these people, a lot of them that I’ve looked up to through my life, I’ve always paid attention to politics,” he said during a podcast interview.

More recently, Mr Cawthorn wrote a tweet claiming that some of his veteran colleagues would never have entered politics if smartphones had existed during their youths.

“Many of my colleagues would be nowhere near politics if they had grown up with a cell phone in their hands,” he said.

On 22 April, Politico published a story about photos sent to the publication showing Mr Cawthron partying while wearing women’s lingerie. Days later, a video emerged of a male colleague touching Mr Cawthorn’s crotch while the pair are sitting in a car.

While most Democrats have no love for the MAGA-oriented congressman – who once traveled on vacation to Adolf Hitler’s “Eagles Nest” fortress, a trip which he said was “on his bucket list for awhile” – the stories about Mr Cawthorn appear to be aimed at eroding his credibility not just on the left, but on the right as well.

A group called “Fire Madison Cawthorn” has used the video as the basis of an ethics complaint it filed with the Office of Congressional Ethics.