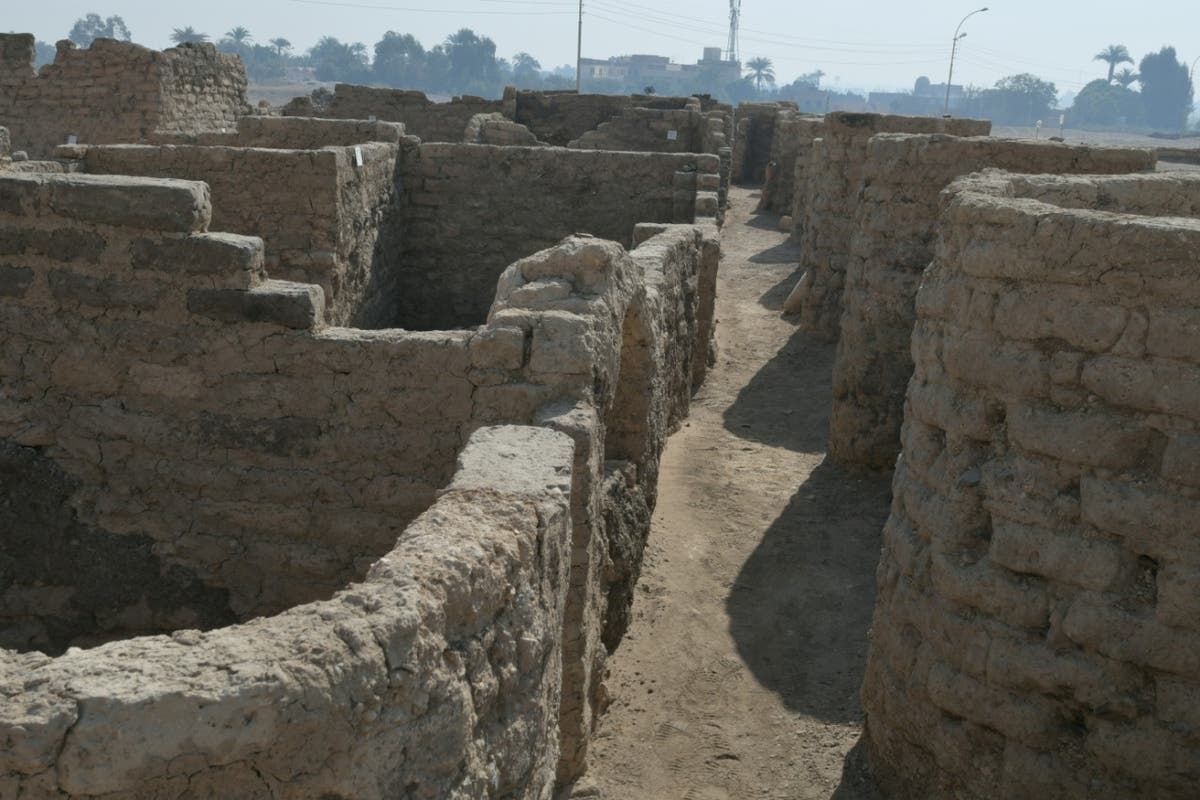 Egypt has announced the discovery of what is believed to be a large ancient city in an archaeological breakthrough experts have called the most important since finding Tutankhamun’s tomb.

Egyptologist Zahi Hawass, announced the discovery of what he called a “lost golden city”, saying the site was uncovered in the southern province of Luxor.

“The Egyptian mission under Dr Zahi Hawass found the city that was lost under the sands,” a statement from the archaeology team said. “The city is 3,000 years old, dates to the reign of Amenhotep III, and continued to be used by Tutankhamun and Ay.”

Archaeologists unearthed what looked like a well-preserved city that had intact walls, a bakery with ovens, and rooms filled with tools used in daily life. They also unearthed jewellery including rings, scarabs, coloured pottery vessels and seals of Amenhotep’s cartouche, according to the Luxor Times.

Within just weeks of excavation, the team uncovered “mud-brick formations in every direction,” Dr Hawass said in a statement.

“Many foreign missions searched for this city and never found it,” he added.

“The city’s streets are flanked by houses… some of their walls are up to three metres high.”

The city, which is also being referred to as the “The Rise of Aten,” dates to the reign of Amenhotep III which began around 1,390 BC, and was later used by successors including Tutankhamun, according to a statement on Thursday from the Egyptian mission.

“The discovery of this lost city is the second most important archaeological discovery since the tomb of Tutankhamun,” Betsy Bryan, professor of Egyptian art and archeology at Johns Hopkins University in Baltimore, said in the statement.

It offers “a rare glimpse into the life of the Ancient Egyptians at the time where the empire was at its wealthiest,” she said.

Luxor, known in ancient Egypt as its capital Thebes, is among the oldest inhabited cities in the world and is famous for its ancient Egyptian sites, along with being home to the Valley of Kings.

EY’s audits of defunct payments group Wirecard suffered from serious shortcomings over a period of years, a German investigation has

The best credit cards for flying United Airlines in 2021

Saints up to fourth with Irish win

Brandon Scott Hole: Police had seized gun from former FedEx employee and FBI was warned of ‘suicide by cop’

Raul Castro, long a sidekick, finally the face of his nation

Demi Lovato: I Cut My Hair to Free Me from Christian Gender Expectations! It Worked!

Kane limps off | Mourinho: Too early to tell

Android 12 may support a trash bin for deleted files, but it’s messy

From Asian hate crime to a minimum wage: 25 things Ted Cruz has voted against this year

DMX Public Memorial to be at Barclays Center on April 24

Bernie Madoff was proof that if something is too good to be true, it usually is

An actual house is an NFT now

Madison LeCroy, Bravo Star Who A-Rod Was Jerkin’ it to on FaceTime, Sends Best Wishes to J. Lo

American Queen Steamboat Company and Victory Cruise Lines, part of the Hornblower Group, announced this week three new additions and one promotion to

There are many things I miss about pre-pandemic life, but sifting through picked-over sale racks in stores is not one of them.

Mary Katrantzou Talks About Her Collaboration with Bulgari