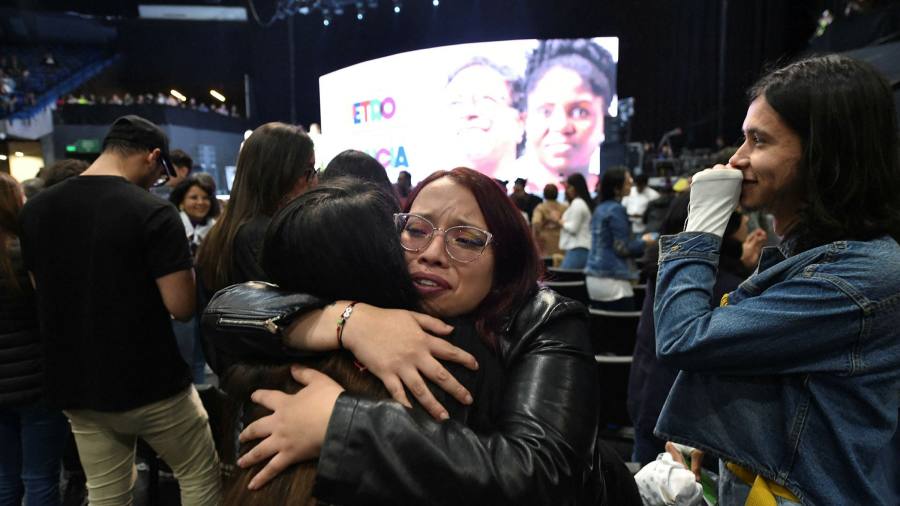 With 95 per cent of the ballot counted, electoral authorities said Petro had 50.7 per cent to Hernández’s 47.0 per cent. Petro had an unassailable lead of around 800,000 votes.

Neither candidate has commented on the figures, claimed victory or accepted defeat. But assuming the result is confirmed, it would give Colombia the first truly leftist government in its modern history.

Petro, a 62-year-old former mayor of Bogotá making his third bid for the presidency, promises a radical overhaul of the economy and nothing short of a social revolution, with far greater spending on education and healthcare.

His proposals, which include bans on oil exploration, open-pit mining and fracking, have unnerved investors who say they could stymie one of the fastest-growing economies in Latin America. Colombian assets and the peso are likely to weaken on his victory.

However, he will not have a majority in congress, which will make it hard for him to enact his more radical proposals. His coalition, the Historic Pact, has only 15 per cent of the seats in both houses.