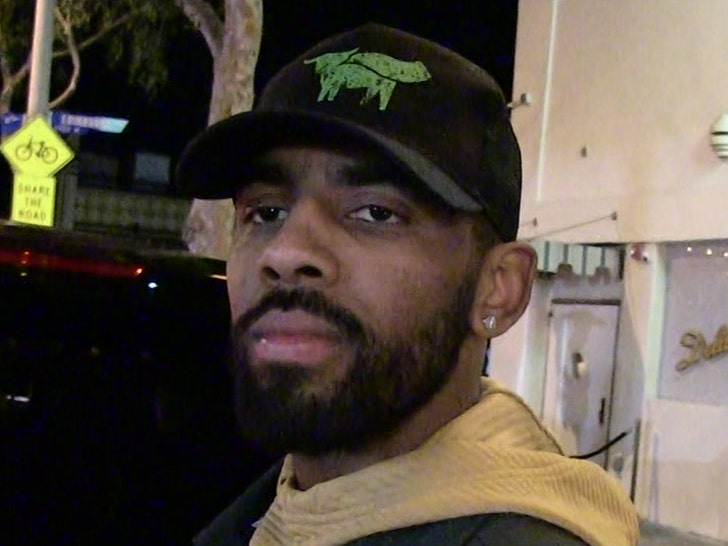 Kyrie Irving will NOT be allowed to play or practice for the Nets until his COVID vaccine situation is resolved, the team announced Tuesday.

Brooklyn general manager Sean Marks said in a statement that unless Irving gets vaccinated or the NBA provides him an exemption … the star point guard will be barred from the team.

“Given the evolving nature of the situation and after thorough deliberation, we have decided Kyrie Irving will not play or practice with the team until he is eligible to be a full participant,” Marks said.

“Kyrie has made a personal choice, and we respect his individual right to choose. Currently the choice restricts his ability to be a full-time member of the team, and we will not permit any member of our team to participate with part-time availability.”

Irving has not commented publicly on his choice to avoid the vaccine — he told his followers on social media last month that was a “private” matter — but he’s made it clear through social media activity that he is, in fact, anti-vax.

Of course, due to New York City mandates, in order to play games and practice in NYC, players are required to be vaccinated.

So far, Irving has missed all of the team’s workouts in NYC as well as the Nets’ preseason games over the vaccine choice … and it’s now clear he won’t be a part of any of the team’s activities moving forward unless something gives.

“It is imperative that we continue to build chemistry as a team and remain true to our long-established values of togetherness and sacrifice,” Marks said.

“Our championship goals for the season have not changed, and to achieve these goals, each member of our organization must pull in the same direction.”