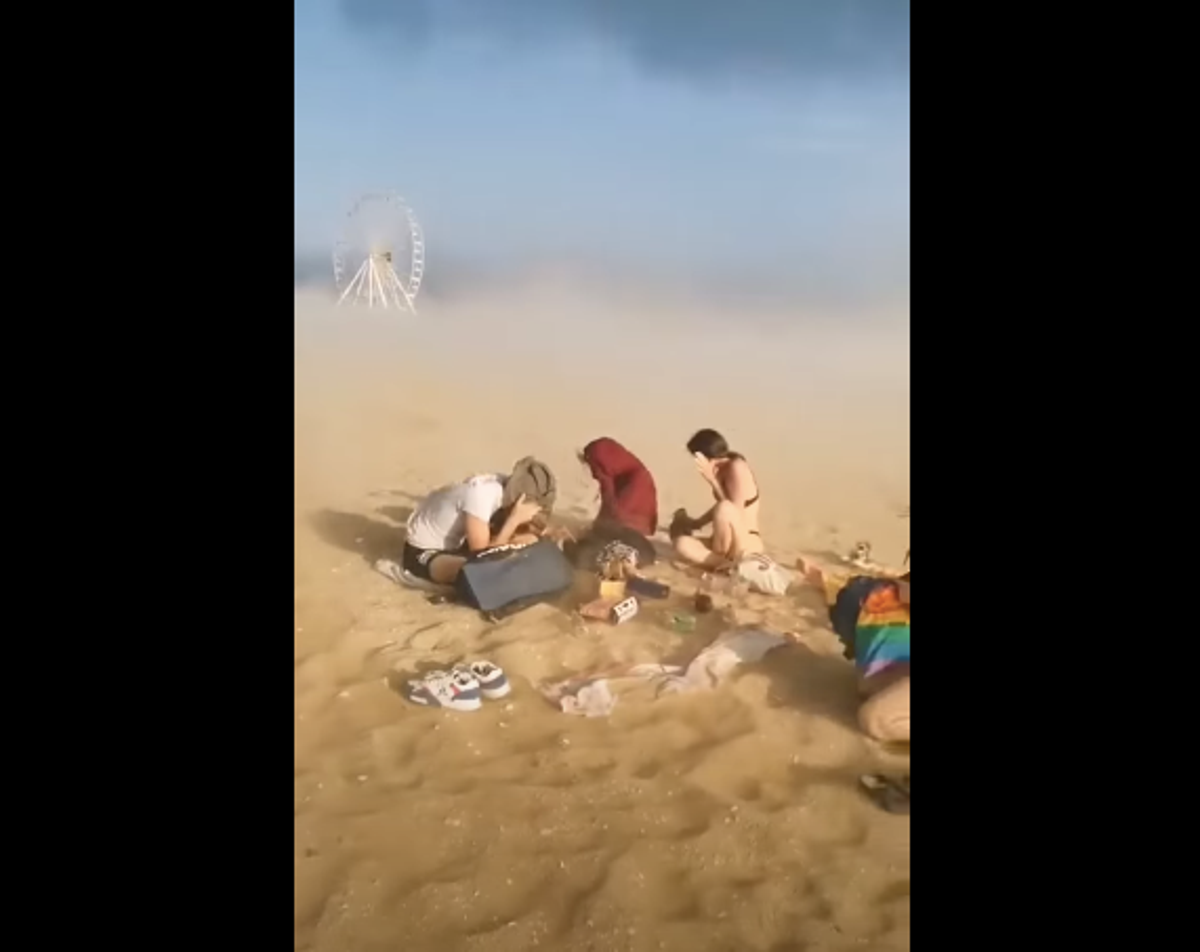 A kitesurfer was killed and several injured when a “mini-tornado” hit a beach in France on Saturday evening.

According to local reports, “apocalyptic” gusts of wind threw the 31-year-old man against a seafront restaurant window at Villers-sur-Mer, in the Calvados department in Normandy, northwestern France.

Winds up to 90 km/h were observed in Deauville, Villers-sur-Mer, Ouistreham, Trouville and Le Havre. It was reported that the temperature dropped by almost 15 degrees Celsius in a matter of a few minutes.

Video footage from the day of the “mini-tornado” shows the sky darkening and whirlwinds of sand rising up along the shoreline.

Residents can be seen running for cover and shouting that it’s “a mini-tornado”.

Franceinfo reported that the kitesurfer who died was a 31-year-old man who lived in Paris and who had a second home on the Normandy coast.

The mayor of Villers-sur-Mer, Thierry Granturco, was quoted as saying that the victim was “thrown from the water to the wall of a restaurant, where he died”.

On the beach, people used umbrellas, towels and other paraphernalia to shield themselves from the gusts of wind.

Calvados is in northwestern France in the Normandy region and has a population of about 700,000.

Police said that five other people were injured during the incident when they were hit by projectiles – objects flying due to the strong winds.

They were taken to the local hospital for treatment, according to reports.

The local town hall said around 15 residents had to be temporarily relocated.

The strong winds reportedly lasted 20-25 minutes on the Cote Fleurie between Ouistreham and Deauville.

Meteorologists had not predicted the winds to be so strong, Francebleu reported.

Mayor Granturco said that it was “violence like we have never experienced on our coast”.

He described the scene of the storm and said that street furniture, as well as objects from the nearby restaurants, were thrown into the air “with incredible violence”.

Russians forced to use household appliances in military gear because of sanctions, US says