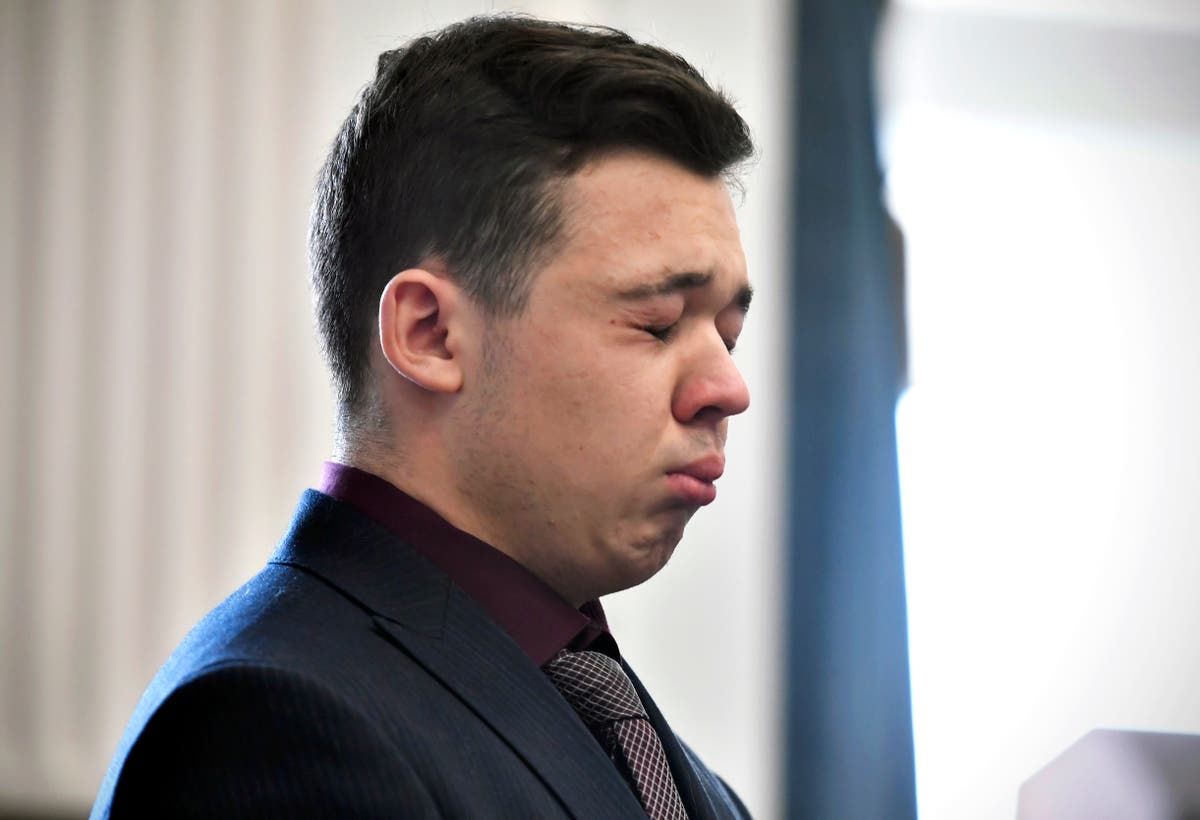 Civil rights groups and gun control activists have warned that the acquittal of Kyle Rittenhouse in his closely watched double homicide trial underscores the volatility of the nation’s gun culture and sets a chilling precedent for vigilante violence.

The verdict on 19 November “will only invite greater political violence at the hands of individuals who believe their guns transform them into untouchable super citizens,” Guns Down America’s executive director Igor Volsky said in a statement.

Mr Rittenhouse, now 18, was found not guilty on five felony counts for killing two men and injuring another with an AR-15-style rifle in the aftermath of police brutality protests in Kenosha, Wisconsin when he was 17 years old on 25 August 2020.

“Since we live in a country where a white person like Rittenhouse is able to cross state lines with an assault weapon during a racial justice protest, take the lives of two, gravely injure a third, and successfully paint himself as the victim, we must recommit ourselves to redefining public safety,” Mr Volsky said.

March for Our Lives, formed by high school students in the wake of the Stoneman Douglas High School shooting in Parkland, Florida in 2018, said the trial “lays bare everything we’ve been talking about for years.”

“It is so very clear that Kyle Rittenhouse embodies the very danger posed by a toxic mix of a white supremacist culture that values property over human life, and wide proliferation of high-powered guns with fewer limits than a drivers license,” the organisation said in a statement.

Following a call from local militia groups for armed support to the area, Mr Rittenhouse travelled from his home in nearby Antioch, Illinois, armed with an AR-15-style rifle to Kenosha amid protests over the police shooting of Jacob Blake, a Black man, by a white police officer, just several weeks after the police murder of George Floyd and a summer of uprisings.

The American Civil Liberties Union pointed to the permissiveness of weaponised self-styled militias and the criminal justice system’s failure to protect against them.

“This complicity, along with the reason for the protests that Rittenhouse took it upon himself to confront — the police shooting of a Black man outside of a family function — highlights that the violence in Kenosha is not an anomaly, but rather endemic to a system built upon white supremacy,” said Brandon Buskey, director of the ACLU’s Criminal Law Reform Project.