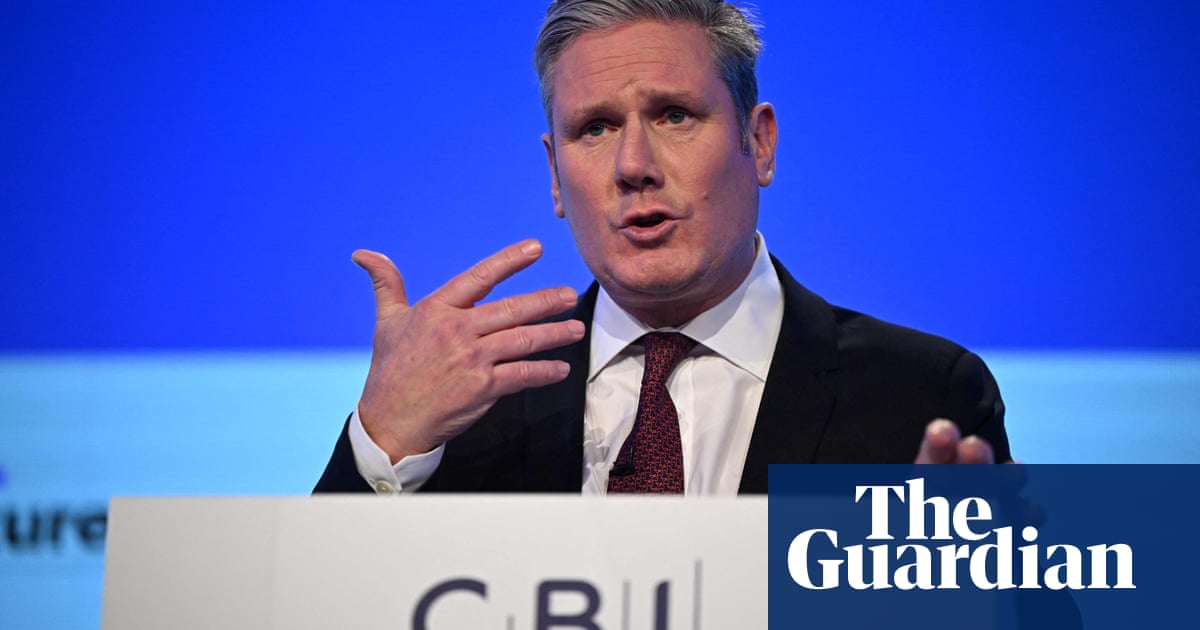 Keir Starmer has issued a challenge to business leaders, vowing to end the “short-term fix” of using foreign workers to plug labour shortages and seeking to toughen up his party’s stance on immigration.

Although he promised to be “pragmatic” and avoid a repeat of last year’s lack of lorry drivers that crippled “entire sectors of our economy”, the Labour leader said companies should be weaned off “cheap labour”.

Starmer said firms would face strict new conditions to boost skills and training among the domestic workforce, instead of being able to rely on the “sticking plaster” of recruiting from overseas.

“I’m utterly frustrated at the short-term fixes,” he said in a speech to the Confederation of British Industry in Birmingham on Tuesday.

“What we’ve had for the last 12 years is the repetition of the same argument … which is: ‘What are you going to do in the here and now?’ Don’t address the midterm and the long term.

“We keep going round and round in a circle – the crisis is now, sticking plaster – never the medium or the long term.”

The comments appeared to rebuff a call from the CBI on Monday, when its director general, Tony Danker, called for political leaders to adopt a more “practical” stance on immigration and allow more foreign workers to take up roles “where we aren’t going to get the people and skills at home anytime soon”.

Joking about how there was nothing wrong with changing careers after the age of 50, Starmer, a former director of public prosecutions who became an MP in 2015 aged 52, said he wanted to get hundreds of thousands of people back in the workforce by boosting skills.

“This is an economic argument, not a question of political capital,” he added.

Starmer refused to say whether he wanted overall immigration figures to come down, saying he was not interested in setting “arbitrary numbers”, effectively admitting there may be a short-term need for more visas to help businesses with a lack of staff.

The Labour leader sought to avoid getting dragged into the row over Brexit, after Rishi Sunak faced the CBI on Monday and batted down suggestions the UK government could pursue a Swiss-style relationship with the EU to reduce trade barriers.

Starmer said a Labour government would not be “going back to the EU” – and ruled out attempting to rejoin the customs union or single market, a move experts say would have the greatest potential to relieve economic pressures and increase growth.

In comments that will probably raise concerns among Labour MPs who fear the party will not be radical enough if he wins the keys to No 10, Starmer warned he would be hamstrung by the tough conditions facing the next government.

“That stability has to be our first priority. If that means that there are good Labour things which we can’t do as quickly as we would like, then that is a consequence of that security, but I will not give up on growth.”

Starmer was given a warm reception by the executives who packed out a conference hall for his speech. Seeking to convince them Labour would be far more supportive of business, he said he had turned the party “inside out”, adding: “There is no going back.”

The Labour leader was praised before he took to the stage by the CBI president, Brian McBride, who said Starmer was “serious about business, and serious about leading a country with sustainable growth”.

However, the Scottish National party accused Starmer of trying “to out-Tory the Tories – again – on Brexit and migration”.

In recent weeks, Kendall Jenner and Harry Styles have both made headlines because of their love lives. First, Harry and