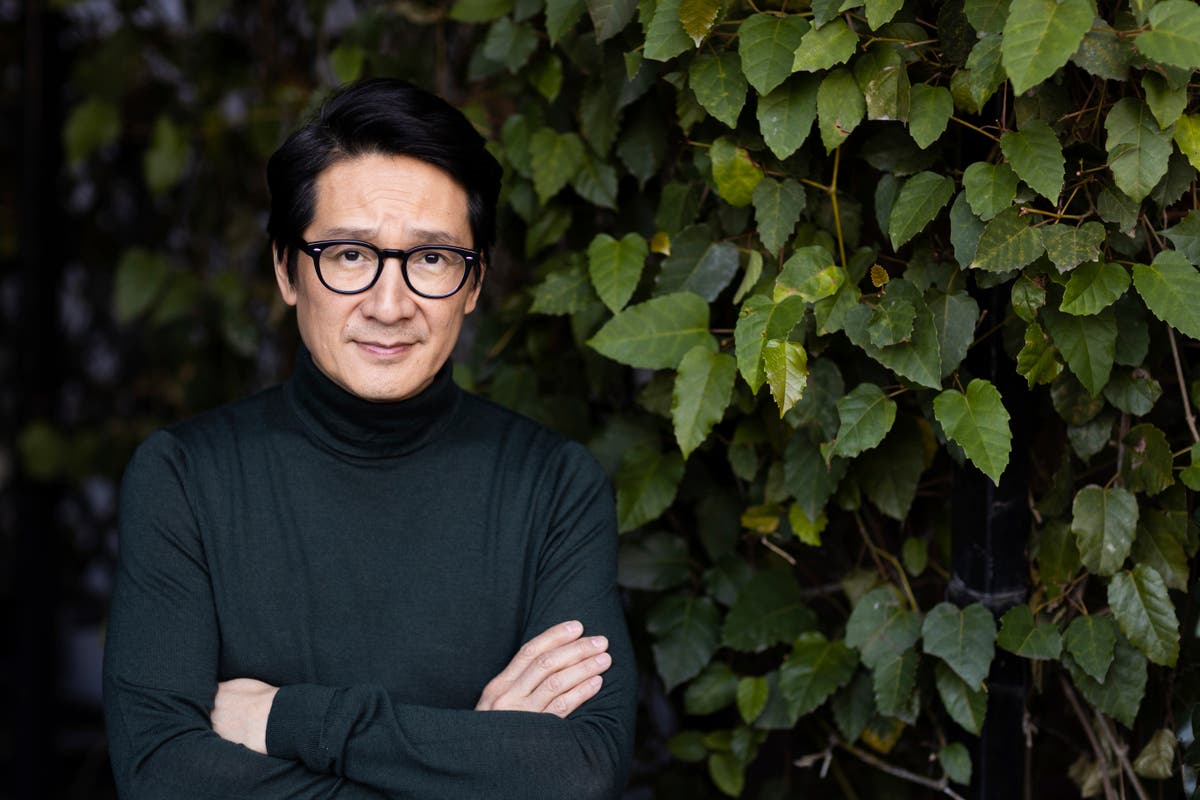 It’s about an hour after Ke Huy Quan heard his name read as an Academy Award nominee for his performance in “Everything Everywhere All at Once.” “Still processing” would be an understatement. “Still jumping for joy” would be more accurate.

“This is one of the happiest mornings I’ve ever had!” exclaims Quan.

Few Oscar nominees this year have had a more round-about way to reaching the Academy Awards than the 51-year-old Quan. After starring as a child in two of the most beloved films of the 1980s — as Short Round in “Indiana Jones and the Temple of Doom” and Data in “The Goonies” — Quan struggled to find work in an industry where opportunities for Asian-American actors were few and far between. He eventually went to film school, began working beyond the camera and more or less abandoned his hopes of acting again.

Now, thanks to Daniel Kwan and Daniel Scheinert’s existential romp — “Everything Everywhere All at Once” led all films Tuesday 11 nominations including best picture and best actress for Michelle Yeoh — Quan is living a dream he had given up on. Speaking by phone from Los Angeles, Quan — widely considered the frontrunner to win best supporting actor at the March 12 Oscars — reflected on his once-unfathomable Oscar moment.

AP: How does this feel?

Quan: It feels surreal. I cannot believe this is happening. When I heard the nomination, I jumped up and I screamed so loud. I felt exactly how I felt when my agent called to tell me I got the part of Waymond. This is something that I have dreamed of for more than 30 years. I would watch the Oscars every year, religiously. I would always envision myself on the red carpet, being in that room, being nominated and the anticipation of them reading it — all of that. It just seemed so far-fetched. Especially when I had to step away for acting for so many years, that dream seemed like it was dead. I didn’t even dare to think of that anymore because I wasn’t an actor anymore. My whole thing was just I wanted a job. I just wanted to have a steady job where I could act again. So getting an Oscar nomination is so beyond my imagination. I cannot believe I’m having this conversation with you.

Quan: I set an alarm clock. I woke up really early and I got on a Zoom with my “EEAAO” family, with Michelle, with the Daniels, with our producer Jonathan (Wang). We were just talking and watching as the nominations came in. All of us were so blown away. We can’t believe that we’re leading with 11 categories. I’m so grateful to the academy. They’ve made a lot of dreams come true today.

AP: You’ve been much celebrated this awards season. Have you felt people rooting for you and inspired by your twist of fate?

Quan: When I decided to get back into acting, I was so afraid. The last time they saw me up on the screen, I was a little kid. Now, I’m a middle-aged man. Ever since our movie came out, they have shown me nothing but love and kindness, and I’m grateful to them. I’ve cried so many times. I’ve been so emotional because I’ve met a lot of them in person and they all said they’re so happy to see me back up on the screen again. This has been such a wild and unbelievable ride. I didn’t expect any of this. I do hope that my story inspires them to not give up on their dreams.

AP: What are you going to do to celebrate today?

Quan: I want to call my family. I want to give my wife a hug. They have supported me all these years unconditionally. They saw me when I was struggling. They were happy for me starting out making those movies. And when I was dispirited, they were worried for me. They would always ask if there was anything they could do for me, even offering me to go up to Houston — where the majority of my family lives — to see if I wanted to do something else. So they understand my struggles more than anybody. Ever since our movie came out, especially during awards season, they have been so, so happy for me. Seeing their smiles, their joy, that’s what warms my heart. That’s what I’m grateful for. Especially my wife who I’ve been married to for 22 years now. Every month, every year, she tells that: “Ke, one day it will happen.” She never wavered in her belief in me. (Quan’s voice quivers) When I didn’t believe in myself, she believed in me.

AP: Michelle Yeoh described her Oscar nomination as a validation. Especially considering you went through those long periods of self-doubt, is it the same for you?

Quan: She’s right. It’s the biggest validation. When I stepped in front of the camera, I didn’t know whether I could do this again, and I didn’t know if the audience wanted to see me do this again. All I knew was that I felt happy when I was in front of the camera. I felt very comfortable, like that’s where I belong. So this nomination means that I made the right decision. For the longest time, when I was much, much younger, I was so lost because I didn’t see a road for me. But now I see it. I think this means that I get to do this for as long as I like. And honestly, to be able to do something that you love, it’s such a huge luxury. That’s what this nomination is. It means the world to me.

For more on this year’s Oscars, visit: http://www.apnews.com/academy-awards

Meet the group protecting patients from protesters outside abortion clinics