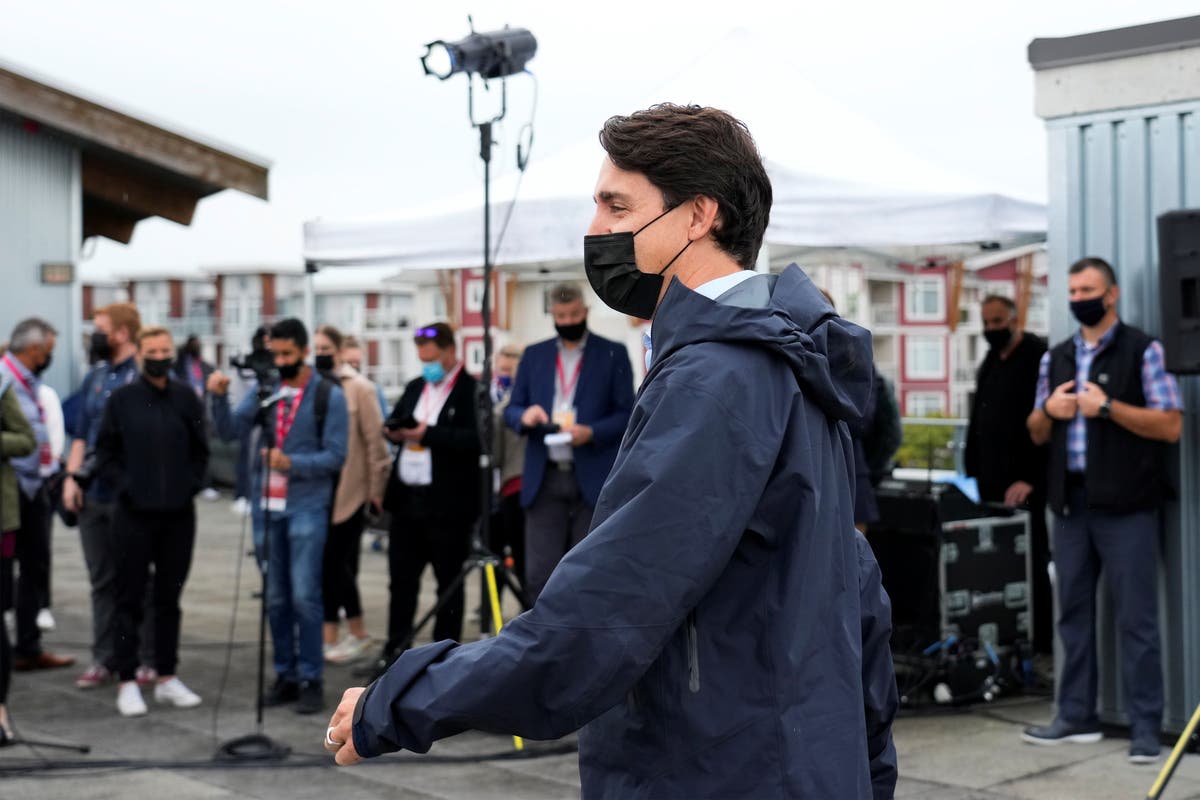 Justin Trudeau quickly responded to a heckler who called his wife a wh**e, during a campaign trail interview.

The Canadian prime minister was getting prepared for a media appearance when a man started throwing abuse at him, he ignored the man until he made a sexist comment about his wife.

“Isn’t there a hospital you should be going to bother right now?” Trudeau snapped back outside the Global News network in Burnaby, British Columbia.

Sophie Grégoire Trudeau has been on parts of Mr Trudeau’s campaign trail, ahead of Canada’s 20 September election.

Priminster Trudeau has recently plunged in the polls, and is currently neck and neck with Conservative candidate Erin O’Toole.

“We’re unequivocal that civil servants must be vaccinated. If anyone doesn’t have a legitimate medical reason for not getting fully vaccinated – or chooses to not get vaccinated – there will be consequences,” Trudeau said at his stop in Markham, Ontario.

Mr O’Toole has said if elected he would only require workers to pass a rapid test before going into work.

Which offers the best protection: A COVID infection or vaccines?