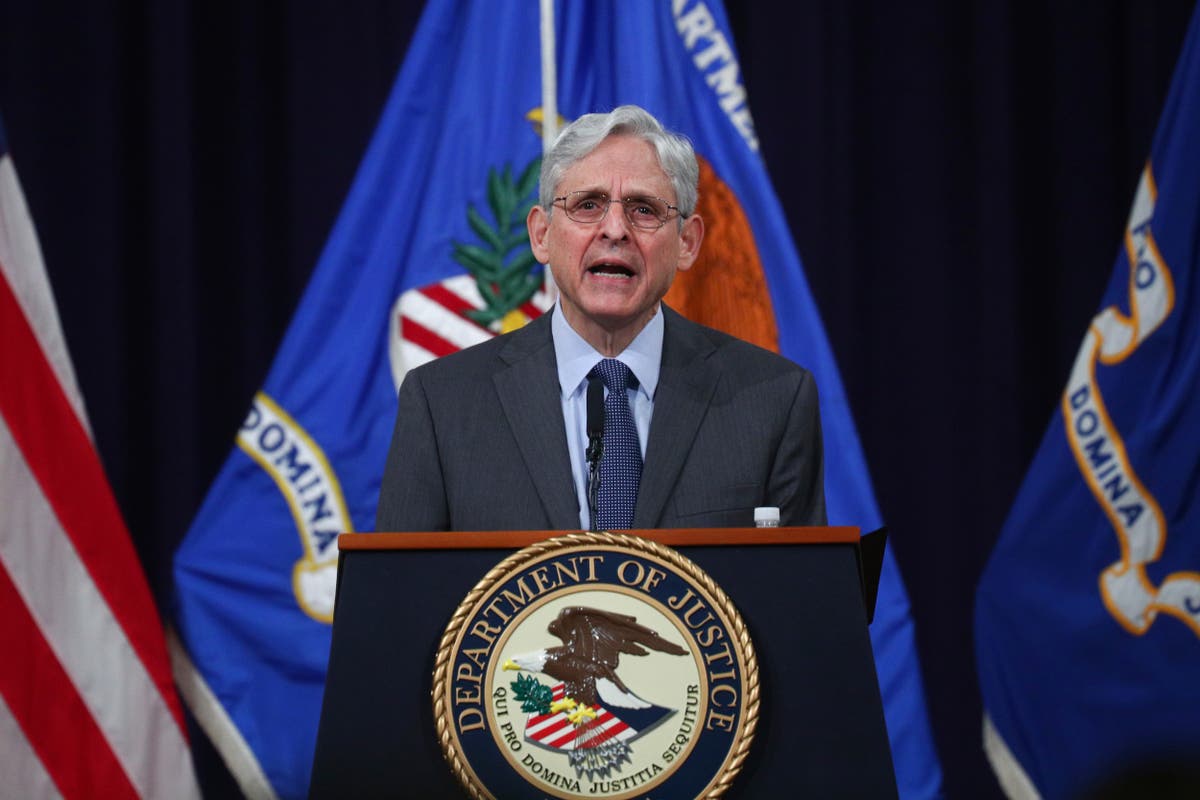 The Justice Department will scrutinize a wave of new laws in Republican-controlled states that tighten voting rules, Attorney General Merrick Garland said Friday, vowing to take action on any violations of federal law.

He announced plans to double staffing within the department’s civil rights division and said the department would send guidance to states about election-related activity, including mail voting and post-election audits. He also pledged to investigate and prosecute threats made against election workers that violate federal law.

“There are many things open to debate in America but the right of all eligible citizens to vote is not one of them,” Garland said in his first direct response to the restrictive voting laws being passed in more than a dozen states where Republicans control the legislature and governor’s office.

Speaking to staff of the agency’s civil rights division, he said the resources of the Justice Department must be rededicated to “meet the challenge of the current moment.”

His message was clear: The department doesn’t plan to stay on the sidelines of the voting battles that have erupted in statehouses across the country. Along with reviewing new state laws, Garland said the department also will examine existing ones for their potential to discriminate against minority voters.

He also reiterated the administration’s support for two proposals pushed by congressional Democrats that would create minimum federal standards for voting and would restore the ability of his agency to review changes to state election laws in places with a history of racial discrimination.

Garland said Republicans were using claims of voter fraud to justify the voting restrictions despite law enforcement and intelligence agencies having refuted those claims.

“Moreover, many of the changes are not even calibrated to address the kinds of voter fraud that are alleged as their justification,” Garland said.

Seven months after the election, former President Donald Trump continues to falsely insist that he won and demand that states investigate his unsubstantiated claims of voter fraud. Those claims have been resoundingly rejected by state officials who certified the results, judges who dismissed multiple lawsuits filed by Trump and his allies, and a coalition of federal and state officials who called the 2020 election the “most secure” in U.S. history.

Trump’s own attorney general said at the time there was no evidence of widespread fraud that would change the outcome.

But Republican state lawmakers in Arizona, Florida, Georgia, Iowa, Texas and elsewhere seized on Trump’s claims, pointing to concerns among his supporters as justification for a wave of new bills tightening voting rules. As of mid-May, 22 restrictive laws had passed in at least 14 states, according to the Brennan Center for Justice, which researches voting and supports expanded access.

Republicans in Texas are expected to call for a special session to push through an election overhaul that was derailed by Democrats on the last day of the regular session.

Requests for comment from Republican groups supporting the laws were not immediately returned.

Intrigue and treasure: What makes museum heists so fascinating?