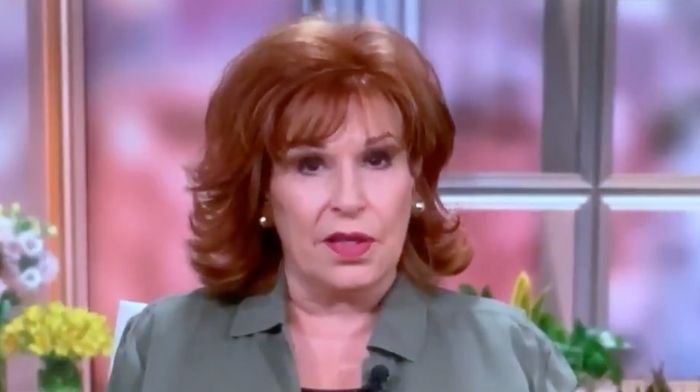 On Wednesday’s episode of “The View,” cohost Joy Behar had yet another deranged meltdown. This time, she said that while abortion is a privacy issue, COVID-19 vaccines are not as she defended the concept of vaccine passports.

“If I have to get a vaccine on my passport, so be it,” Behar said. “You know, I mean, if you’re so scared or so intent or you’re a Republican male with wants to screw around with the libs or something, then don’t come on the cruise with me. Leave the buffet to me. Get a rowboat. Don’t even go there with me.”

Related: Joy Behar Outrageously Claims ‘Trump Emboldened People Like Matt Gaetz – If Daddy Is Doing It, Well Then I Can’

“This is an invasion of my privacy when you are sick in the same building as I am in,” Behar said. “I’m against that. I am totally against you coming anywhere near me without a vaccine. I would like you to prove it. Don’t the kids have to get vaccines to get into school? Don’t you have to get a malaria vaccine to go to certain countries? Come on!”

When it came time for the conservative cohost Meghan McCain to speak on this, however, she had a different point of view.

“My first big issue that I really don’t believe that the White House and Democrats are doing a good job to get Republicans on board with getting vaccinated,” McCain said.

“So much of this is political,” she continued. “And I think Republicans being screamed at like they’re dumb rednecks that are trying to be super-spreaders, of course they’re not going to want to get the vaccine. I don’t make the rules. This is just the world we’re living in.”

Related: ‘The View’ Goes Off The Rails As Meghan And Whoopi Go At It Over GA Voting Law – Ends With Awkward Silence

Check out the full segment below.

STATES DIVIDED OVER VACCINE PASSPORTS: Although the White House rules out a possible federal ‘vaccine passport’ to show proof of vaccination in order to travel and go to events, states are split over support of a requirement — the co-hosts weigh in. https://t.co/DGAztkO8MJ pic.twitter.com/p2jWkfj3Xd

This piece was written by James Samson on April 8, 2021. It originally appeared in LifeZette and is used by permission.

Read more at LifeZette:
Lisa Murkowski Gets Bad News As Poll Shows She’s Losing To GOP’s Kelly Tshibaka By Double Digits
‘The View’ Goes Off The Rails As Meghan And Whoopi Go At It Over GA Voting Law – Ends With Awkward Silence
Ben Carson Rips Ilhan Omar For Comparing Georgia To Apartheid – ‘Disgusting’

Caitlyn Jenner Is Exploring a Run for Governor of California